What do yachts, whiskey, waffles, hammers and bull semen have in common?

They all made a list of items that now need approval from bureaucrats in Buenos Aires each time a company wants to import them. The restrictions, unveiled Thursday, form part of the government’s frantic attempt to stabilise the currency and curb inflation that has soared over 70%.

There are 31 items on the list in all, and it’s hard to understand — at least at first blush — what connects them and how they made the list (and not the thousands of other products that are imported into Argentina each year). There are highlighter pens and crypto mining machines; loudspeakers and hangers. 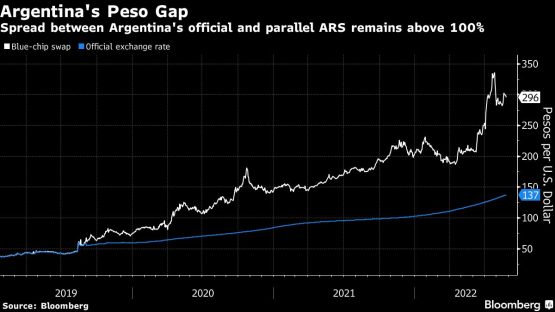 When asked how the list was put together, a government spokesman said officials had detected an outsized increase in the importation of these 31 items, which he labeled non-essential. That surge has helped fuel a spike in the country’s overall import bill and drained much-needed dollars from central bank coffers.