The crime that 21-year-old Andre Thomas, a Black man, committed in Sherman, Texas on March 27, 2004 was, and remains, unimaginable.

In a psychotic rage fueled by a history of drug/alcohol abuse and profound self-destructive mental health issues, Thomas crashed into an apartment his estranged white wife shared with a boyfriend.

Two children were in the apartment with the former wife—a four-year-old son she had with Thomas and a 13-month-old daughter she had with the boyfriend.

Thomas, armed with three knives—one for each victim he planned to kill that day.—stabbed and maimed them horribly.

Not finished, Thomas stabbed himself three times in the chest and lay down on the floor next to his ex-wife to die. When death did not arrive, he got up, walked five miles to his home, and called the police.

Five days after his arrest he gouged out his right eye, citing a New Testament proverb.

Thomas was convicted of one of the children’s deaths in 2005 and sentenced to death. At least three members of the all-white jury expressed explicit racial bias against interracial marriage.

One Texas news outlet has openly called the jury “racist.”

In December 2008, while on death row, Thomas gouged out his left eye and reportedly ate it.

On October 11, 2022, the U.S. Supreme Court denied Thomas’ last appeal. The State of Texas must now decide whether to execute the sightless man.

On February 14, 2017, 19-year-old Nikolas Cruz entered the Marjorie Stoneman Douglas High School in Parkland, Florida at 2:19 p.m.—and over the next nine minutes, killed 17, and injured 17 more, students, faculty and staff members in one of the worse mass shootings in U.S. history,

Like Andre Thomas, Cruz has a disturbed mental health history.  It involved killing and cruelty to animals; a Nazi-inspired hatred of Jews and African-Americans. He manifested a desire to kill and hurt people, and tried to force her into suicide.

Unlike the Andre Thomas jury, three jurors deciding the Cruz case voted on October 13, 2022—just two days after the Supreme Court’s rejected Thomas’ appeal—for a life sentence without the benefit of parole, sparing Cruz from the death penalty.

The life sentence verdict shocked, angered, and even enraged some of the families of Cruz’ victims who wanted a death penalty verdict.

Andre Thomas and Nikolas Cruz are both undeniably guilty of committing unspeakable acts of violence. Both men are, as the late Texas Court of Criminal Appeals Judge Cathy Cochran said of Thomas, “clearly crazy” but still legally sane under most state laws.

Three jurors in each case were instrumental in the verdicts returned in the cases: an all-white racially biased jury in Thomas’ case and a racially diverse and unbiased jury in the Cruz case.

The question that stirs debate in both the anti-death penalty and pro-death penalty communities is whether justice was served by either verdict.

What is “justice” actually?

The Sixth Century codification of Roman law, the Institutes of Justinian, defined justice as “the constant and perpetual will to render to each his due.”

Extrapolating on this definition, the Stanford Encyclopedia of Philosophy added in 2021 that, “Justice is the opposite of arbitrariness.”

There will be punishment and suffering enough for both Thomas and Cruz for the rest of their imprisoned lives.

Given its longstanding affinity for the death penalty in the post-Furman era, the State of Texas will more likely than not execute Thomas with a fatal dose of pentobarbital in the Huntsville prison death chamber.

And given that the American life expectancy is 78 years for a male and that prison shortens that expectancy by four to five years, Cruz will spend roughly 50 years in the Florida prison system—the third largest in the nation—which has been described as the “worst prison system in the nation.”

And even if Thomas is spared execution, he will spend roughly 35 more years in the Texas prison system before death frees him from that system,  given his current age of 39.

Without sight and facing a lifetime of forced psychotropic medication, probably administered in some institutional “psych unit,” it could reasonably be argued that a single fatal dose of pentobarbital would be a more humane outcome for Thomas’ than a lifetime of imprisonment.

Before the 1972 Furman v. Georgia decision, only two states (Maine and North Dakota) had what could best be described as “natural life sentences” but even those sentences could be commuted to fixed terms of years with parole eligibility.

In direct response to Furman, legislatures in three states (Louisiana, Alabama and Illinois) enacted specific life without parole (LWOP) sentences. Two dozen other states would follow suit throughout the 1970s and 1980s. Texas created its LWOP sentence in 2005.

While the executive power to commute sentences, even LWOP, is unfettered, there is absolutely no chance that any Florida governor would commute any of the multiple life sentences Nikolas Cruz will receive. 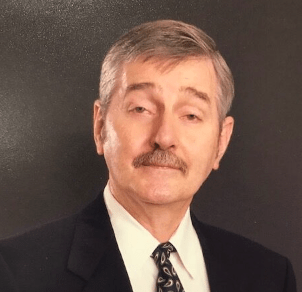 The families of Cruz’s victims, outraged that he did not receive the death penalty have not been cheated by the scales of justice. LWOP in any American prison, especially a maximum security prison in Florida, is a worse punishment than death.

Still, the unanswered question hangs in both the Andre Thomas and Nikolas Cruz cases: have the interests of justice been served by the fate the State has imposed on each of them?

There’s no good answer to that question.

Billy Sinclair spent 40 years in the Louisiana prison system, six of which were on death row. He is a published author, an award-winning journalist (a George Polk Award recipient), and the co-host with his wife Jodie of the criminal justice podcast, “Justice Delayed.”