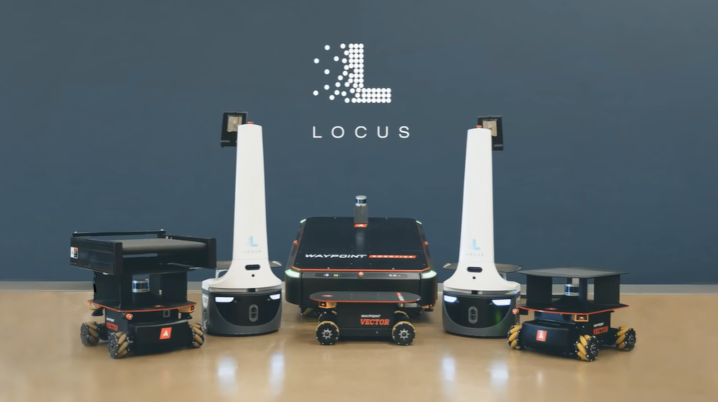 Locus Robotics Corp., the developer of warehouse robots that companies use to make their supply chains more efficient, has raised more than $117 million through a new Series F funding round.

Locus Robotics announced the funding round today. Goldman Sachs and G2 Venture Partners were the lead investors. The round, which values Locus Robotics at nearly $2 billion, also included the participation of more than a half dozen other backers including Silicon Valley Bank.

“Locus has established itself as an innovative, high-quality market leader for flexible automation in the massive warehouse fulfillment and distribution market,” said Goldman Sachs managing director Mark Midle. “Our investment reflects our view that Locus has the product offering and the operational excellence required to meet and exceed the market challenges posed by today’s dynamic economic environment.”

Wilmington, Massachusetts-based Locus Robotics develops a line of robots that can automatically move merchandise from one part of a warehouse to another. The startup’s robots are primarily designed to streamline a task known as the picking process. During the picking process, employees find the warehouse shelf where a product is kept, retrieve the product and carry it to a section of the warehouse where it can be prepared for shipping.

Locus Robotics’ warehouse robots enable companies to perform the task faster. After retrieving a product from a warehouse shelf, workers can place the product in the cargo bin of one of the startup’s robots. The machine will then automatically carry the product to the section of the warehouse where it can be prepared for delivery.

Locus Robotics offers three robots. The startup’s first system, the Locus Origin, can carry up to 80 pounds of merchandise between two sections of a warehouse. The system is available alongside the more advanced Locus Vector and Locus Max, which can move up to 600 pounds and 1.5 tons of merchandise, respectively.

Locus Robotics says that its technology takes as little as four to six weeks to deploy in a warehouse. After the deployment process is complete, warehouse operators can monitor the performance of their robot fleets through an application called the Locus Management Portal. The  application provides access to data such as the number of packages that each robot processes per hour.

Locus Robotics says that its customer base includes major logistics companies such as DHL and Ceva Logistics Ltd, as well as organizations in other industries. The startup has inked deals to deploy its robots at more than 230 warehouses and other sites worldwide. At some of those sites, Locus Robotics expects that as many as 500 of its robots will be rolled out.

“This new round of funding marks an important inflection point for Locus Robotics as we look toward our next stage of growth, and we strategically chose to bring in investors with a wealth of experience in both public and private markets to advise us as we continue our journey,” said Locus Robotics Chief Executive Officer Rick Faulk. “As the rapid digital transformation of the supply chain continues, warehouses increasingly seek flexible, intelligent robotics automation to improve productivity and grow their operations.”