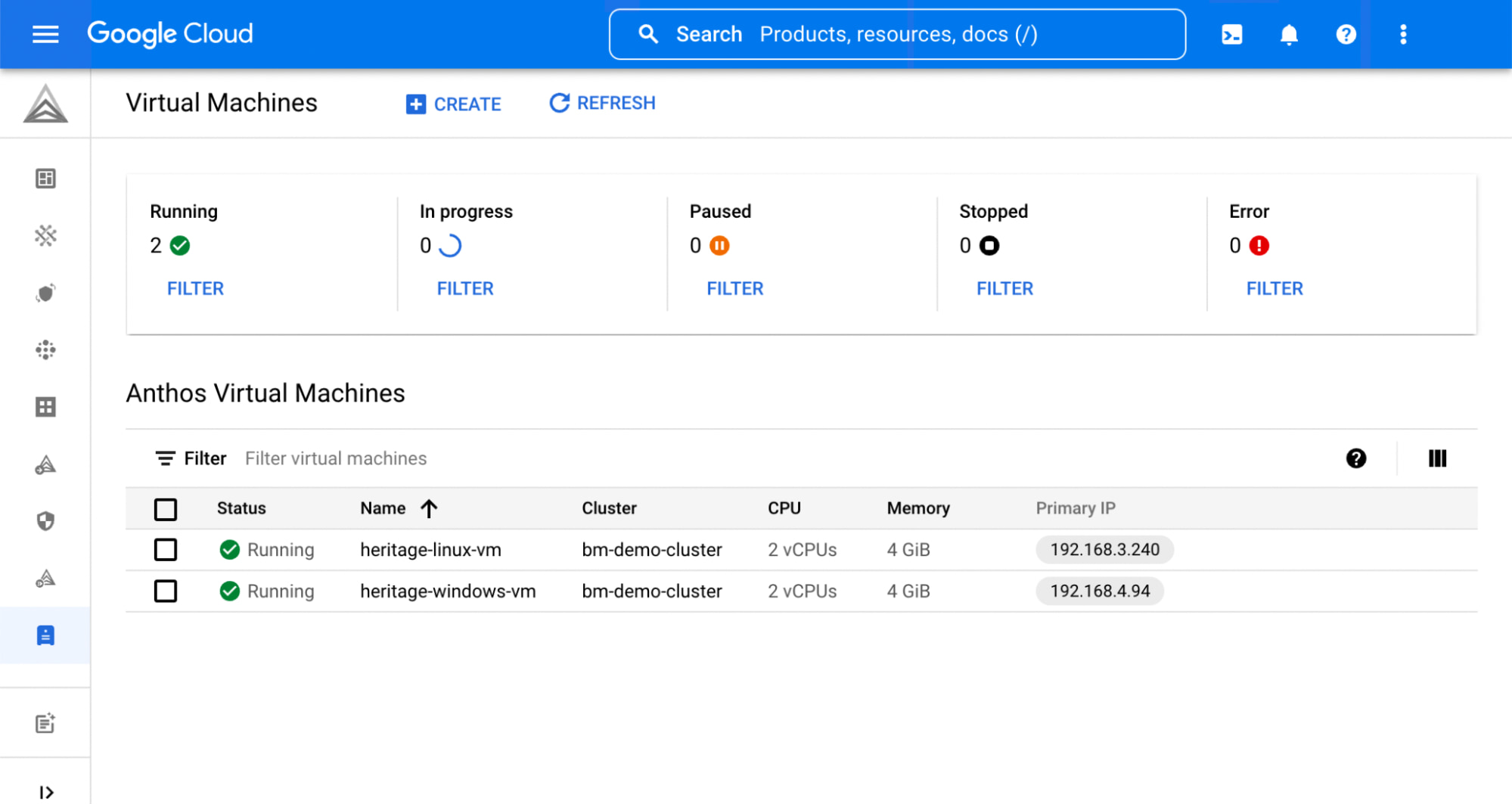 The addition of VM support in Anthos allows developers and operations teams to run VMs alongside containers on shared cloud-native infrastructure. The service is said to deliver consistent container and VM operations with Kubernetes-style declarative configuration and policy enforcement. With self-service deployment, observability and monitoring, the service is all managed from the Google Cloud console, application programming interfaces and command line interfaces.

The decision to extend Anthos, which expanded to Google Distributed Cloud in June, to VMs is said to be due to many enterprises continuing to run business-critical workloads in VMs instead of using containers and Kubernetes. The reason is that while many VMs can be modernized by migrating to VMs in Google Cloud or containers, many can’t, at least not easily.

Situations restricting businesses from moving to containers can include a vendor-provided app that hasn’t been updated to run in containers, the need to keep VM in a data center or edge location for low latency connectivity, or in some cases businesses may not have the budget to containerize a custom-built app. This is where VM support in Anthos steps in.

During the preview testing period for the service, Google says that it saw strong interest in VM support in Anthos for retail edge environments where there is a small infrastructure footprint and a need to run new container apps and heritage VM apps on just a few hosts.

Core to the new offering is the Anthos VM Runtime, which extends and enhances KubeVirt technology. KubeVirt is open source technology designed for those who want to adopt Kubernetes but possess existing VM-based workloads that cannot be easily containerized.

The Anthos VM Runtime integrates Kubevirt with Anthos on bare metal to simplify the installation and upgrade experience. Tools are provided to manage VMs with logs and metrics available within the Google Cloud operations suite, including straight out-of-the-box dashboards and alerts.

Networking enhancements with the release include support for multiple network interfaces and VLAN integration.

“If you’re an experienced VM admin, you can take advantage of VM high availability and simplified Kubernetes storage management for a familiar yet updated VM management experience,” Google said in a blog post. “VM lifecycle management is built into the Google Cloud console for a simplified user experience that integrates with your existing Anthos and Google Cloud authentication and authorization frameworks.”