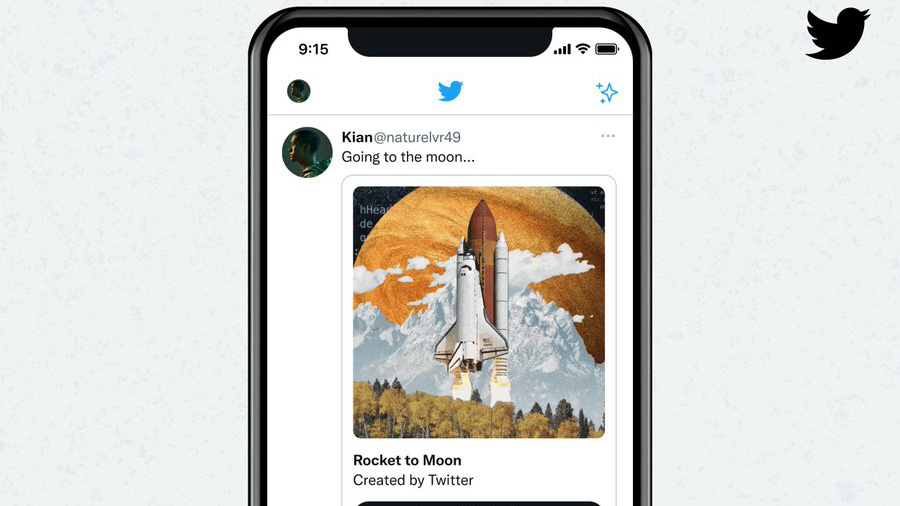 Twitter Inc. is expanding its nonfungible token capabilities with a new feature called NFT Tiles, which will allow users to buy, sell and display NFTs directly through tweets in partnership with marketplaces, the social media platform announced Thursday.

Nonfungible tokens, or NFTs, are a type of blockchain-based crypto asset that represents the ownership of digital items such as digital art, videos, music, collectible cards, video game items, concert tickets and more. By using blockchain technology, these proofs of ownership can be created, bought and sold for cryptocurrency, which can also be exchanged for money, which gives them value.

Some links to NFTs on @rarible, @MagicEden, @dapperlabs and @Jumptradenft will now show you a larger picture of the NFT alongside details like the title and creator. One more step in our journey to let developers impact the Tweet experience. pic.twitter.com/AkBisciB1i

Now, some links to NFTs on these marketplaces will display a large picture of the NFT artwork alongside details such as the title and creator. It will also link to the market, which will allow users to jump directly to the marketplace from the tweet in order to buy, sell or trade the NFT on the marketplace.

Between all the different marketplaces, the NFTs cross multiple blockchain networks including Ethereum, Solana, Flow, Polygon, Tezos and Immutable. A Twitter representative told Decrypt that the feature itself is blockchain-agnostic and all networks are supported as long as the links are from supported networks.

The same representative said that the feature is currently being tested for Twitter users on iOS and web. Users in the selected test group will soon see the NFT Tweet Tile integration if they’re in the test group. Users do not need a Twitter Blue premium subscription.

This integration test follows Twitter’s addition of NFT profile pictures in January. Through this feature, the owners of NFT artwork could showcase their nonfungible token artwork on their Twitter profiles in the form of “soft hexagons,” as long as they had a Twitter Blue subscription and iOS devices.