Foster care youth “aging out” of the child welfare system, with no emotional or financial family support, face a perilous transition to adulthood—that can ensnare them in the justice system.

Studies have found that youth who exit the foster system before aging out of it—either by reuniting with their original family, placement with extended relatives, or by adoption—are significantly less likely to become incarcerated in their late teens and early twenties, to end up in the streets, or to become victims of sex trafficking.

“Youth without supportive networks are at risk of negative outcomes as they move from the child welfare system into adulthood,”  according to a 2018 report prepared for Congress by the Department for Health and Human Services.

“Risks are likely to be particularly severe for the nine percent of youth who ‘emancipate,’ or age out of foster care without a permanent home.”

The report affirms the importance of finding permanent families for foster youth. 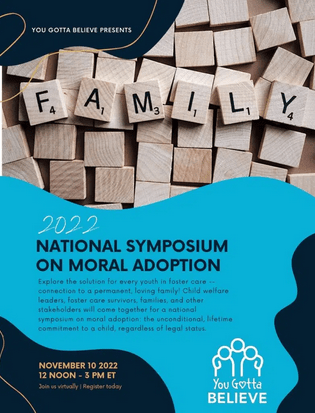 Next month, the New York City-based organization You Gotta Believe is holding a symposium on what it terms ‘moral’ adoption—a model of finding permanent families for older foster care youth. The organization began applying this model in the mid-1990s.

“We try to reach kids who do not have a plan to return home, or a plan to go to somebody after aging out,” Mary Keane, Senior Advisor for Family Permanency Services at You Gotta Believe, told The Crime Report.

“Moral adoption really means making a permanent commitment,” adds Paul Brown, an adoptive parent of over 20 years and former board member of You Gotta Believe.

Brown became an adoptive father to Rey Santiago when Rey was 13. Ray was removed from his mother when he was eight years old, due to substance abuse and neglect, and placed in foster care.

He cycled through six different foster homes in five years.

The purpose of the symposium in November is to build awareness about what makes ‘moral adoption’ distinct and effective; chief among these distinctions being the easement of placement by a recognition of a reluctance on the part of many older foster care youth to be legally adopted.

Ricardo Vasquez, who was morally adopted by his former social worker explained, explained the concept this way.

If you’re talking urban kids from New York City, we are not interested in adoption; our thought process is not to submit or run under a rock and say, ‘Hey, I need your help. Can you adopt me?’ That, to us, is weakness; thinking of adoption is weakness.”

Vasquez was placed with a woman who was initially his case worker in the New York City’s child welfare agency, the Administration of Children’s Services.

A close bond had developed between Vasquez and his case worker over the years.

“I was just lucky,” he recalls. “You Gotta Believe connected me with a permanent home, and my social worker became my foster parent. We were able to connect.

“I’m Caribbean, she’s Caribbean, so she understood my background; and she would always just open my mind.” 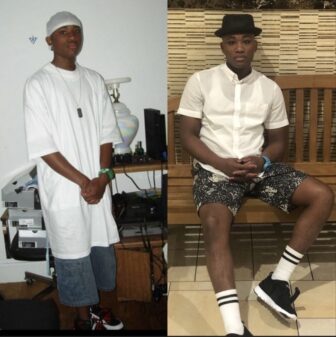 Split screen image shows Ricardo Vasquez as a teenager, when he was going in and out of jail, and as a young man in his early 20s after he was morally adopted. Photo courtesy the author

Before becoming Vasquez’ forma adoptive parent, however, she remained by his side through troubled times in young adulthood—times during which he was routinely cycling in and out of jail.

The consistency and unwavering commitment that Vasquez’ then-foster mother showed him is the essence of moral adoption.

Moral adoption is characterized by the absence of required commitment on the part of the youth, unless they elect to do so; but the insistence on lifelong commitment for the foster household.

This allows foster youth to find permanent, adoptive families without having to agree to a formal legal adoption or psychological commitment themselves.

When Ricardo was in his early 20s, he chose to make their relationship of mother and son legal and became formally adopted.

That happens often, according to Mary Keane, former president of the organization.

When the subject of legal adoption was broached to Rey Santaigo a few months after moving in with Paul Brown, Santiago was uneasy.

Brown respected Santiago’s reluctance and dropped the matter; yet their lack of legal relationship has never reflected their identification or behavior as a family. 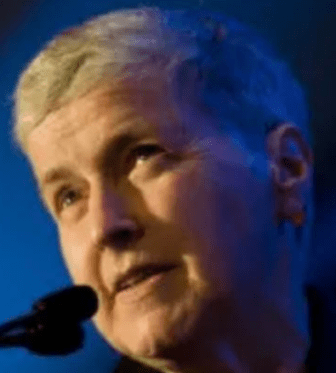 Since its founding in 1995, the program staff at You Gotta Believe have grown to comprise 100 percent of former foster care youth, as well as adoptive parents of foster youth. During the ten weeks of training, coaching and education—which prospective families undergo to be eligible to receive facilitation in the adoption process, and support services afterward from You Gotta Believe—former foster care youth speak about what it’s like to go through the foster care system, from first-hand experience

That’s integrated into the lesson plan. Some of the typical effects of that experience, such as a learned lack of trust, so adoptive parents know what they might find in young people they may adopt.

You Gotta Believe’s founder, Pat O’ Brien, describes the origins of  the organization this way:

Basically, the idea was to be a homeless prevention program, because, at the time, whatever population of homelesness I looked at, a significant percentage of the homeless had spent time in foster care as a child; which meant they essentially left the foster care system alone in this world. And when kids hit a certain age, nobody makes an effort to find them a lifetime permanent family; and there was a need for an organization that was going to focus on just that one goal.

O’ Brien, now retired from day-to-day operations, recalls it was critical to ascertain, with as much certainty as possible, that homes in which youth they worked were placed would indeed be permanent. 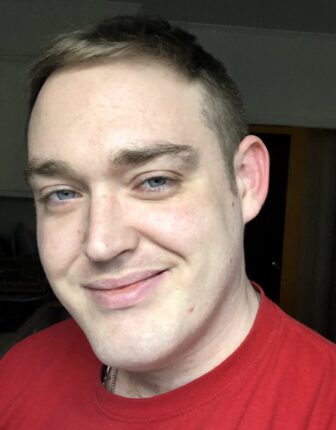 Also on the program are leaders in foster youth advocacy such as Sixto Cancel, Chief Executive Officer and Founder of Think of Us; and Bryan Post, Founder of The Post Institute for Family-Centered Therapy, among many .

Admission to the event is free. Registration is available on the organization’s web page.

“Along with doing a great deal of good for the young people, it’s incredibly enriching to become a family,” said Brown.

“At times it can be difficult, but most importantly it’s deeply satisfying, the human connection.”

John Ramsey is a writer and photographer based in Sunset Park, Brooklyn, and a contributor to The Crime Report. He is graduate of Brooklyn College, where he studied film.