The recall of San Francisco District Attorney Chesa Boudin on June 7 sparked sensational headlines that wrongly labeled the outcome a sign that movement to end mass incarceration has lost the public’s support.

Those of us working on justice system reform know this couldn’t be further from the truth.

A more nuanced view is that the San Francisco DA recall is an anomaly, not a trend. Yet many national pundits have urged advocates, candidates and elected officials to temper their calls for justice reform in the aftermath of June 7.

The lesson here is not to back away from justice reform or candidates who run on those platforms. Instead, leaders must respond to voter concerns about public safety.

For justice reform to have momentum, we should listen to people’s fears about crime and aggressively invest in proven solutions that make our communities safe.

As crime and public safety increasingly become an issue in this election cycle, there are four lessons that we need to keep top of mind:

Lesson 1: The Boudin Recall Was Unique

Every election develops from a unique set of circumstances.

The recall campaign in San Francisco  was not explicitly anti-reform; it was anti-Boudin.

San Francisco voters were wary of Boudin from the start and took issue with his approach of using statistics almost exclusively to argue about crime rates instead of acknowledging the fear behind the headlines. The recall was also unique because there was no candidate running in opposition to Boudin for voters to make a choice between pro-reform and anti-reform policies.

Finally, California’s election law amplified the obstacles in Boudin’s path, allowing over $7 million in campaign investments to influence the outcome of the recall.

Ultimately, the opposition’s use of fear tactics proved to be insurmountable. San Francisco voters demonstrated that the perception of safety is as important—certainly at the ballot box—as safety itself.

Boudin’s recall was an outlier both in California’s statewide primaries and across the Bay Area.

The wins for justice reform at the ballot box in California on June 7 continue a national trend. Reform prosecutors from Chicago to Philadelphia to Kansas City to Tampa continue to get elected and re-elected.

We all deserve to be safe, and elected officials will be taken to task if they do not respond to the perception that crime is out of control and public safety is at risk.

Right now, polling shows that people in San Francisco don’t feel safe. Disorder and decay on the streets, from an increase in trash and open-air drug use to more encampments for people experiencing homelessness are wrongly associated with an uptick in crime and not for what they really are—a call for more investment in community services.

Boudin sought to advance some of the solutions that would tackle these issues, like more housing and treatment for people with mental health and substance use needs. And polls show that they were popular, despite the blame Boudin shouldered.

Boudin’s campaign didn’t fail on policy but on a message to voters that didn’t validate their concerns about safety or the available solutions.

The biggest lesson learned is that people need to see and feel that elected officials and candidates are committed to making communities safer.

Polls show that community-based investments in safety, like more housing, treatment, and services, are popular. Reform-minded candidates must stand firm and reject the fearmongering and instinct to embrace “law and order” language.

We have to stop blaming the wrong causes for crime and instead focus on the right solutions.

These solutions are within reach.

New Jersey, and particularly the city of Newark, are models of what a community-driven approach could look like.

In November 2021, Mayor Ras Baraka announced a $19 million investment in violence reduction programs over three years. Since then, there has been a 30 percent decrease in shootings in the south ward of Newark.

The fate of DA Boudin is unlikely to repeat itself in upcoming races this election cycle. 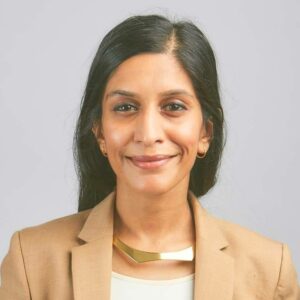 Candidates championing justice reform can and will be successful if they acknowledge concerns about safety, offer concrete solutions, and commit to investing in proven, community-driven strategies to make our communities safer and the criminal justice system more fair and just for everyone.