They don’t make anything small in Texas, especially regarding football. Cliché or not, this is a critical recruiting weekend for the Longhorns, as they are hosting four of the top recruits in the class of 2023.

The centerpiece of the group is Ryan (Texas) linebacker Anthony Hill, who just de-committed from Texas A&M. Hill (6-foot-2, 225 pounds) is the best linebacker in his class and ranks as high as No. 17 nationally.

If the Longhorns can get him, he’d become the fourth five-star recruit in their class. However, Hill’s not the only major prospect they have visiting this weekend. Texas has three other studs coming in for Saturday’s game against TCU… 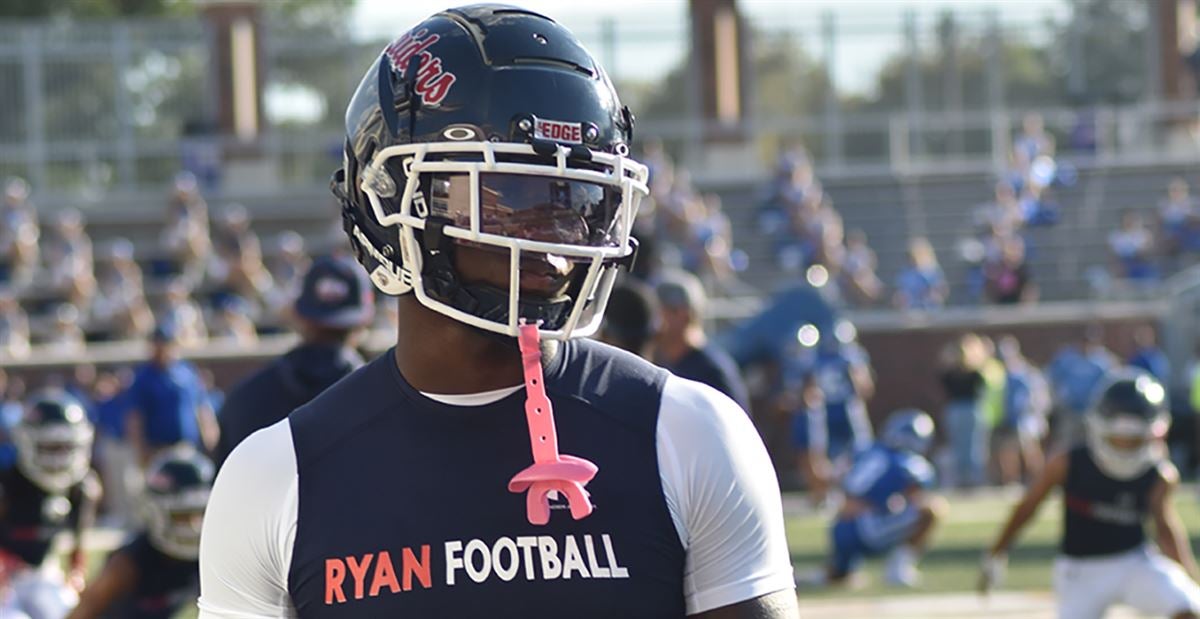 Another five-star recruit, Robinson (6-foot-6, 225 pounds) is the No. 1 tight end in his class and the best player overall in the state of Arizona. He also has interest from Georgia, USC, Alabama and Oregon.

Toviano (6-foot-0, 185 pounds) is ranked just one spot lower than Rogers at his position. He has at least 34 offers on the table. The schools considered hot to get his commitment include Michigan, Alabama, Georgia, LSU and Oklahoma.

Any of these four would be a huge get for Texas, which ranked as high as No. 3 in the 2023 recruiting race after they secured Cedric Baxter Jr., the second-best running back in the class. Three months later, they’ve slipped to No. 6, falling behind Georgia, LSU and Ohio State. 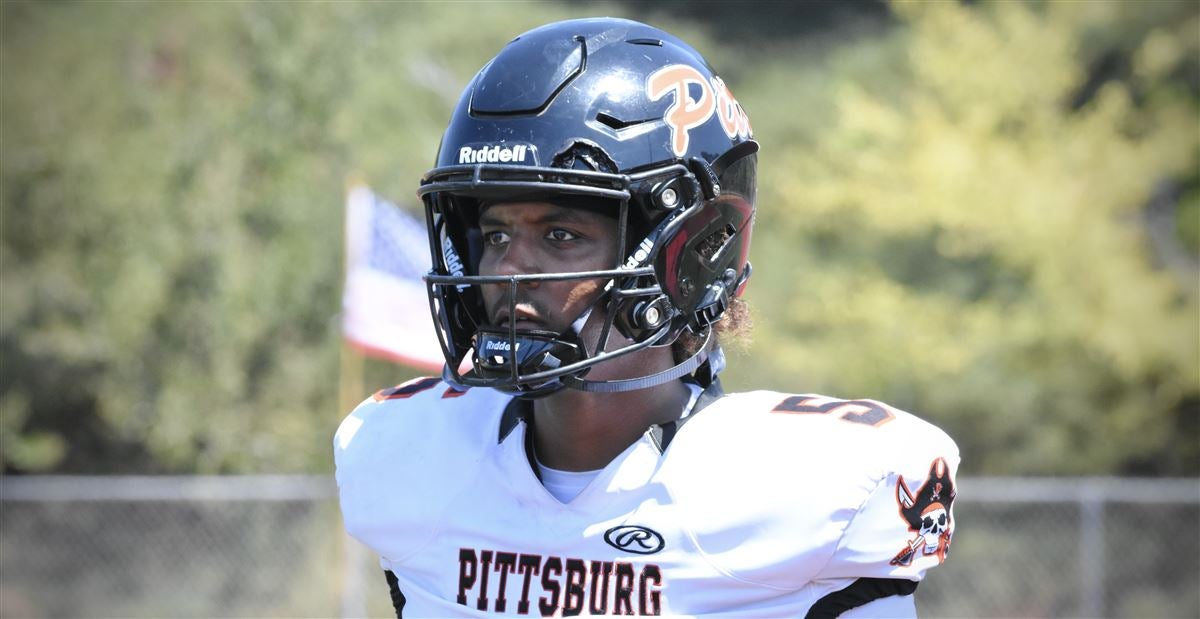 Even if Texas gets all four on board, a verbal commitment doesn’t actually mean anything until the recruit actually signs. Miami got a rude reminder of that on Thursday when they lost one of their most-important prospects.

Rashada (6-foot-4, 185 pounds) is ranked No. 7 among quarterbacks in the class of 2023 according to the composite score. In nine games this season, he’s posted 2,122 passing yards, a 64.1% completion rate, 25 touchdowns, eight interceptions and a 115.4 rating. Rashada is also a rushing threat, totaling 247 yards and three scores on the ground on just 36 carries.

With Florida’s current starter Anthony Richardson projected to be taken early in the 2023 NFL draft, a spot could be opening up for Rashada to start for Billy Napier as soon as next season. 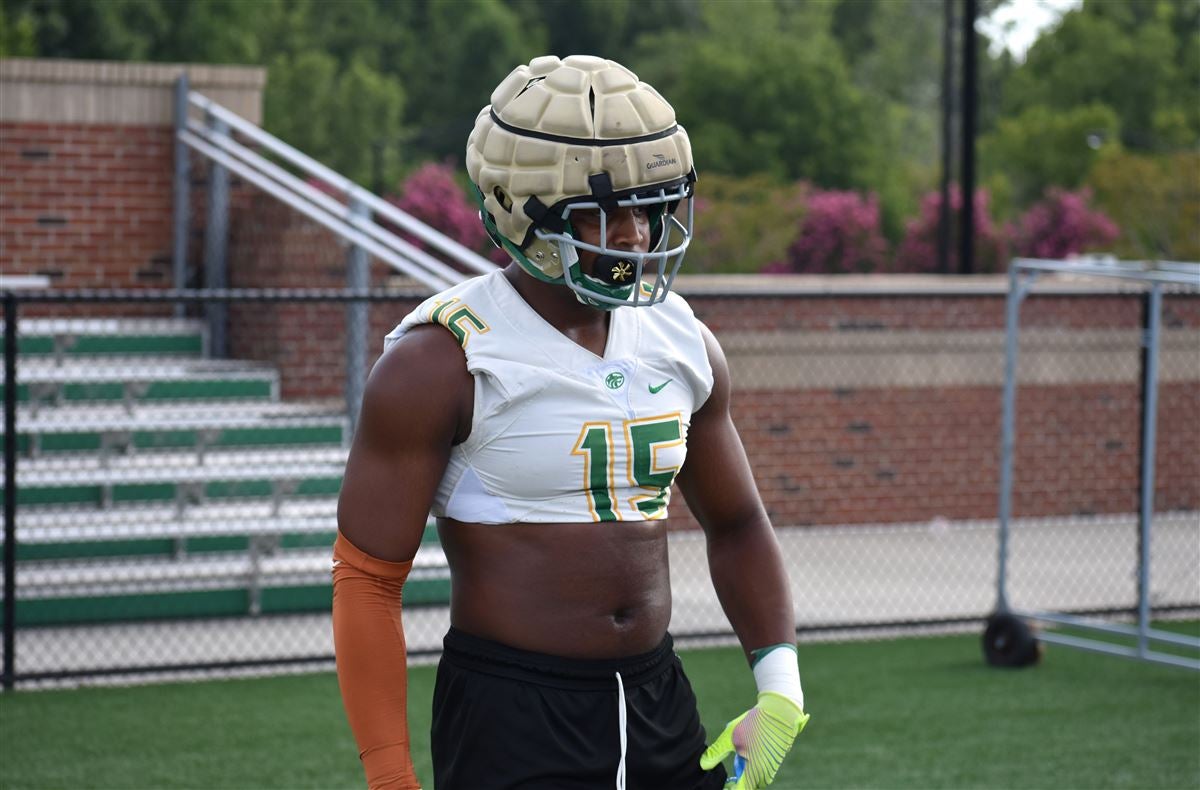 Deserving or not, quarterbacks get all the attention – but beating them up has never been more lucrative. That means Buford (Ga.) EDGE Eddrick Houston has a bright future as one of the top pass rushers in the class of 2024.

The third-ranked EDGE in his class and No. 15 in the country, Houston (6-foot-3, 255 pounds) already has 17 offers. On Tuesday, he released a list of his top 10 schools, per UGA Wire: Oregon, Texas, Georgia, Alabama, Michigan State, Ohio State, LSU, Clemson, Oklahoma, and Tennessee.

Last month, Houston visited Michigan State and Tennessee for a second time, but he’s called the atmosphere in Athens, GA the loudest he’s seen. For now, there’s no favorite to land his commitment.