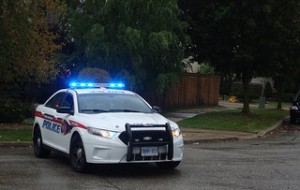 Limiting police chases will save lives even if there’s a danger that some guilty people will avoid capture, says a Washington sheriff.

In a column for the Seattle Times, John Urquhart, former Sheriff of King County in Washington State, defended recent state legislation limiting the circumstances an officer can pursue an individual who has committed an offense.

In 2016, a high-speed chase led to the death of a suspect in his county. The individual had stolen less than $1,000 in merchandise, quickly prompting Urquhart to change the policy to prohibit pursuits where the underlying crime was a property crime and certain other low-level crimes.

A law passed by the Washington legislature bars police from pursuing suspects fleeing in a vehicle unless:

The Atlanta Police Department changed policy last year, only allowing pursuits if violence is suspected. And in Chicago, police are forbidden from chasing for traffic or theft offenses, reports CNN.

According to the Bureau of Justice Statistics (BJS), state and local law enforcement agencies conducted an estimated 68,000 vehicle pursuits in 2012.

And by 2013, all state police and highway patrol agencies, 97 percent of local police departments and 96 percent of sheriffs’ offices had a written vehicle pursuit policy, according to the BJS.

“But risking lives is not the solution. No one wants an innocent person to die because of a police pursuit.”

James Van Bramer is associate editor of The Crime Report.