Announcing its interim results for the six months to end June 2022, short term insurer Santam describes the period under review as one of the most challenging for insurance underwriting. This says a lot following on the previous difficult year or two.

This time round, widespread floods in KwaZulu-Natal caused a multi-billion-rand spike in insurance claims.

Santam says it paid more than R14 billion in insurance claims for the half-year, compared to settling R10 billion worth of claims in the same period a year ago.

The bulk of the increase in claims can be attributed to the KwaZulu-Natal floods.

However, he warns that significant adjustments to exposure may still occur.

Of interest is that total claims against Santam are much higher than the R14.2 billion paid to date this year. The income statement shows that claims exceed R17 billion.

Santam CFO Hennie Nel says the difference of R3 billion comprises claims that have been lodged but not finalised.

Madzinga says motor vehicle claims also increased significantly compared to the prior periods during which Covid-19 restrictions limited driving and led to a decrease in accidents and claims.

“Other contributing factors to the below target underwriting results were increased claims inflation, which escalated ahead of premium increases, more than expected large fire losses, and an increase in power surge and crime related claims,” he points out.

Despite these difficulties, Santam management says the results for the last six months were acceptable.

Gross written premiums increased by 7% compared to a growth rate of 5% a year ago, although the net underwriting margin for conventional insurance declined from 6.7% to 2.3%, below the group’s target range of 5% to 10%.

“A significant contributor to the underwriting results were the devastating floods that affected KwaZulu-Natal during April 2022,” says Madzinga. 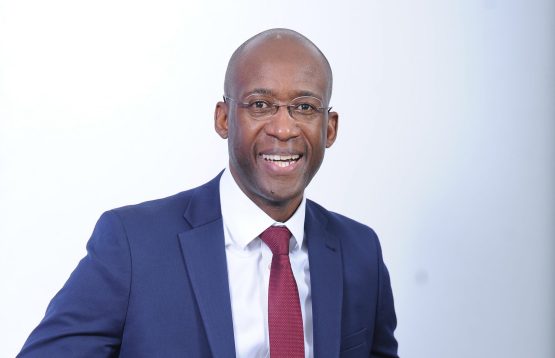 Santam could release some of the remaining provisions for Covid-19 contingent business interruption (CBI) claims to cover the new flood claims.

It indicated that it has made good progress in finalising the remaining contingent business interruption claims and associated reinsurance recoveries relating to the Covid-19 lockdowns.

“As at 30 June 2022, Santam had effected gross CBI payments of R4.3 billion, which equates to more than 70% of the projected eligible claims.”

“Considering the claims payment experience, Santam reviewed its provisions for CBI claims at the end of June 2022, the level of claims aggregating for reinsurance recovery purposes, as well as expected recoveries from applicable reinsurance contracts. Following this review, Santam has reduced its net provision for CBI claims by R397 million,” according to the supplementary information accompanying the results.

A difficult claims experience and lower margins were not the end of Santam’s woes.

Volatile financial markets played havoc with the performance of its investment portfolios too. Equity markets were lower than a year ago while mark-to-market values on the last day of its reporting period necessitated a negative adjustment in portfolio values.

Overall, Santam booked a loss of R760 million to the income statement due to the change of value of its investments. Nel explains that the losses stem largely from unrealised losses on investments, such as falling US bond prices after the recent sharp increase in interest rates.

The net result is that net operating income declined to only R429 million compared to R1.2 billion in the first half of the previous financial year. Return on capital more than halved to 7.4% (18.1%) and headline earnings per share decreased by 53% to R4.09.

However, Santam paid a healthy dividend of R4.62 per share.

Nel says Santam’s dividend policy is based on its overall financial strength – in particular its capital reserves – rather than earnings per share.

The dividend will help to keep shareholders happy whenever they look at the rather lacklustre performance of the share price.

Shareholders have received R12.52 in dividends during the last 12 months, equal to a dividend yield of 5.1% on the current share price of around R244.

Accepting the fact that insurance is a game of probabilities, Santam is due for a bit of good luck following the string of catastrophes of Covid, looting and floods. A quiet and dull six months will ensure a solid dividend at year-end too.

Madzinga is cautiously optimistic. “We had a turbulent market environment during the first half of 2022. Our expectation is that economic activity will, in the short to medium term, be constrained by weak consumer spending,” he says.

“The high inflation environment also puts pressure on claims costs, while load shedding in the first half resulted in increased power surge claims. In addition, there has been a significant increase in reinsurance premium rates, following several large global and local catastrophe events.

“Despite these headwinds, we are confident that the corrective actions we have implemented will start to show a positive impact towards the latter part of 2022,” adds Madzinga.

“These are primarily in the form of underwriting actions to address the impact of increased claims costs and reinsurance rates. They include procurement efficiencies, segmented premium increases and higher claim excesses,” Madzinga says.

Santam aims to continue to expand and access new markets and enter into partnerships with non-traditional players that offer growth opportunities.

“We also continue to partner with Sanlam and other industry innovators to unlock cross-selling opportunities and to meet our clients’ evolving needs,” says Madzinga.