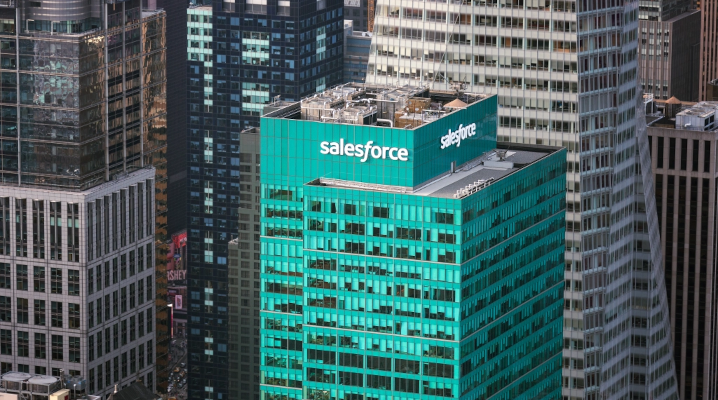 Salesforce Inc. and Vimeo Inc. today both announced job cuts that will affect about a 1oth of their respective workforces.

The companies’ restructuring initiatives follow a broader wave of layoffs in the technology sector. According to recently released research from Layoffs.fyi, about 153,160 tech workers were affected by job cuts in 2022. An estimated 1,172 technology companies let go employees in the past year.

In an internal memo made public today, Salesforce co-Chief Executive Officer Marc Benioff stated that the cloud giant will reduce its headcount by about 10%. Salesforce had about 79,000 workers in December, which means that the restructuring likely affects more than 7,000 staffers. Most of the layoffs are expected to take place in the coming weeks.

In the memo, Benioff stated that the company is reducing its headcount because “customers are taking a more measured approach” to spending. In August, Salesforce lowered its revenue guidance for the current fiscal year to between $30.9 billion and $31 billion. The company earlier forecasted revenue of $31.7 billion to $31.8 billion for the 12 months through Jan. 31, 2023.

Salesforce expects the workforce reduction initiative to incur charges of between $1 billion and $1.4 billion. As part of its effort to lower costs, the company is also closing some offices. It expects the office space reduction to incur $450 million to $650 million in charges and estimates that the initiative will be completed in its 2026 fiscal year.

“For those who will be leaving Salesforce, our priority is to fully support them, including by offering a generous package,” Benioff stated in today’s memo. “In the U.S., affected employees will receive a minimum of nearly five months of pay, health insurance, career resources, and other benefits to help with their transition. Those outside the U.S. will receive a similar level of support.”

Video hosting provider Vimeo also announced a round of layoffs today. As part of the move, the company plans to let go 11% of its workforce, which comprised 1,219 employees as of December 2021. The job cuts follow a round of layoffs last July that affected 6% of Vimeo’s workforce at the time.

In a blog post, Vimeo Chief Executive Officer Anjali Sud stated that the latest workforce reduction primarily affects the company’s sales and engineering groups, which account for most of its workforce. Vimeo is also making more limited job cuts across other business units.

“We care about the people leaving us and will provide them with financial and transition support similar to what we have done in the past, with a few enhancements,” Sud stated.

The job cuts come amid an effort by Vimeo to achieve long-term profitability. The company reached a milestone in that effort last quarter, when it achieved positive EBITDA, or earnings before interest, taxes, depreciation and amortization, of $2.1 million. Vimeo’s revenue grew 8% year-over-year, to $108.1 million, during the quarter.

The company expects to close its current fiscal year with an adjusted EBITDA loss of between $100 and $103 million. Vimeo’s revenue, in turn, is set to grow nearly 10% on a year-over-year basis.