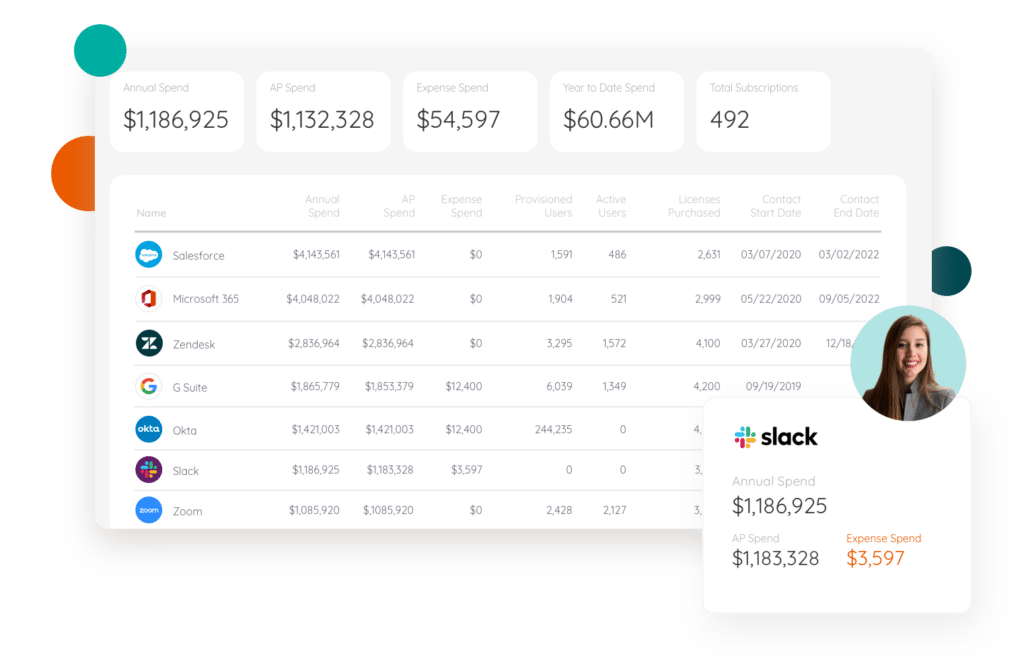 Software-as-a-service management startup Zylo Inc. is looking to accelerate the growth of its business after closing on a $31.5 million round of funding today.

Zylo has created an extremely helpful platform that allows companies to monitor their spending on SaaS products. Naturally, its platform is also cloud-based, and it goes far beyond just presenting a list of SaaS applications a company uses, providing a detailed breakdown on how each one is used.

With Zylo’s dashboard, managers can see exactly which teams are using each SaaS app that the company is subscribed to, allowing them to identify any redundant subscriptions. For instance, the dashboard can flag if a company’s various teams are paying for different videoconferencing tools.

Administrators can also select individual SaaS apps to see how much they’re spending on them and identify any unused accounts or subscriptions that should be canceled. All of this information is displayed in a series of charts that the company says make it easy to spot hidden inefficiencies.

It’s more useful than some might think. Although an underused Salesforce plan here or a superfluous Office 365 subscription there isn’t going to cause too much concern in a small startup, it’s a different story at large enterprises with thousands of employees. In such organizations, wasted cloud spending can quickly add up.

Baird Capital Partner Benedict Rocchio, who is joining Zylo’s board of directors, said it’s even more important for companies to keep a lid on their SaaS spending in the wake of the COVID-19 pandemic. He said many firms expanded their investment in the cloud to ensure they could keep their businesses up and running during shutdowns.

“However, this new environment contributed to accelerated SaaS spending and deployments that have lost efficiency and control, thus becoming its own challenge that is impacting companies globally,” he said. “Baird Capital clearly recognizes the value that Zylo provides to their customers through SaaS management and believes it is of even increased importance in the current economic climate.”

According to Zylo’s own data, the average enterprise firm uses more than 300 different SaaS applications and overspends on licenses and subscriptions by around 15% annually. Companies can identify and eliminate these unnecessary costs, ensuring a greater return on their SaaS investments. The opportunity for savings is significant, with some enterprises spending upwards of $65 million per year on SaaS, Zylo reckons.

The company says that helps explain the growing popularity of its platform. In the last year, it says, it has seen a big jump in demand, new business and customer retention. It lists some impressive customers too, with the likes of Coupa Software, Atlassian Corp. Plc. and Talkdesk Inc. all using its platform to save millions.

“This funding will allow us to accelerate product innovation and hiring, building on the success we’ve experienced this past year – a growth period that included doubling new business and setting records for demand and customer retention,” said Zylo co-founder and Chief Executive Eric Christopher.