Recently, much attention has been focused on the horrific conditions on Rikers Island. Nearly every day, a new journalistic account emerges detailing the filthy housing conditions, the lack of hot meals, and the lack of medical and mental health care. So many staff routinely call in sick that some have suggested that the jail is being run by the gangs whose members are incarcerated there.

But based on research from my new book with Professor Earl Smith, Way Down in the Hole, conducted in a state prison system, it’s clear that similar issues are not unusual in solitary confinement units. That’s because poor working conditions for the staff are an issue across the board in solitary confinement units, significantly impacting their ability to deliver necessary services to those behind bars.

Many of the dehumanizing conditions in these units are determined by the structures of solitary confinement itself. The attempt to put people in near total isolation is inherently detrimental for individuals’ health and wellbeing. Yet other dehumanizing conditions are not necessarily standard practice, but are the result of over-worked, traumatized staff.

We conducted hundreds of hours of observation and interviews with nearly 100 people. We spoke to correctional officers, or COs, who spend 8-16 hours a day locked in solitary confinement units, their only respite a 30-minute meal break.

Just like on Rikers Island, demoralized staff frequently call out sick or don’t show up to work at all. Or, when they do show up, they often function at lower capacity in ways that ultimately harm the prisoners they are there to protect.

We interviewed an officer we call CO Travis. He described the burnout correctional officers feel on the job.

“You don’t realize how stressful it is inside the walls. You’re in jail too. You feel like an inmate. Inmates are running institutions and you have to do things to take care of them and no one is taking care of us,” Travis said. “Then an inmate acts up and we take it out on them.”

It’s not hard to see how the poor working conditions for staff in solitary confinement units trickle down to negatively affect the lives of those incarcerated there.

Like many of his colleagues, another officer we met who we call CO Porter works in a prison because it is the best job he can find in a community where traditional blue collar jobs have vanished.

Even with a good paying job, he has financial problems that he manages by working double shifts.

When CO Porter has to sleep in his car between shifts, he is admittedly irritable. And when he is irritable, he admits that he often snaps at prisoners when they don’t abide by his arbitrary rules—like being at their cell door the moment he arrives with their breakfast—and he takes it out on them by refusing to pass their tray.

His irritation results in prisoners being denied a meal. Or worse, he may write them up for failing to comply with his directive and they will spend another 30 days in the hole.

To be sure, we believe that solitary confinement should be abolished. Our research suggests that there are very few instances in which it is the only option to keep people—both the prisoners and the staff—safe.

But while New York may have a plan to close Rikers, the same can’t be said for solitary confinement units across the country.

In the meantime, as tens of thousands sit in isolated cells waiting for the day we see such a dramatic shift in criminal justice policy, we can demand that solitary confinement be as humane as possible. And one clear, actionable way to improve humane conditions for incarcerated people is to address the working conditions of the correctional officers. 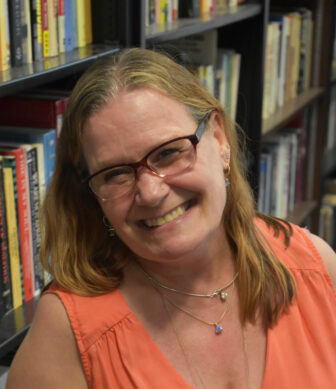 Prisons, like hospitals, hold people 24 hours a day, seven days a week. People sleep there, shower there and eat there. If we can reserve a room in the ER for physicians during their overnight shifts, it should be just as easy to find a bed for CO Porter so that he is prepared to operate at maximum capacity when he works double shifts.

As legislators read in horror about the situation at places like Rikers, they should consider one easy tool they have to improve things: mandate better working conditions for the staff.

Angela Hattery is a professor at the University of Delaware and co-author of the book Way Down in the Hole: Race, Intimacy and the Reproduction of Racial Ideologies in Solitary Confinement.