Few athletes have been as disruptive as Deion Sanders in his career.  For 14 years, Sanders played DB at the highest level, snatching 54 interceptions, making eight Pro Bowls and six All-Pro teams, winning two Super Bowls, and eventually earning a place in the Pro Football Hall of Fame. Sanders was also good enough at baseball to hit 39 home runs and steal 186 bases in the majors. At his peak, he led MLB in triples in 1992 with the Braves.

Sanders has also found success in his endeavors after his playing days. After a few years of analysis work at NFL Network and coaching high school football he took over at HBCU Jackson State, where he went 27-5.

Next up, Sanders will attempt to lead a floundering Power-5 program to relevance. On Sunday, Sanders officially took over as the new head coach at Colorado, turning a derelict recruiting team into a heavyweight contender overnight.

The results are yet to be determined. However, it’s clear Coach Prime is already a fan favorite.

Colorado fans are already fired up about Coach Prime 👏 @DeionSanders

Make no mistake; Sanders has inherited a mess of a program at Colorado. The team hasn’t won more than five games in a season since 2016, bottoming out with a 1-11 record in 2022. The Buffaloes are also behind the herd in the recruiting game. Their 2023 class currently ranks No. 72 in the nation and they have no recruits on board at all for 2024.

Some of those holes will be filled by players Sanders is bringing over with him from Jackson State. The first to do so is offensive tackle Jordan Hall. Hall is a huge (6-foot-8, 330 pounds) three-star lineman who is ranked No. 48 in the state of Ohio. Prime’s son Shedeur Sanders will be among those following suit and he’ll be starting at quarterback.

Time will tell if Jackson can turn this team around, but he’ll have his pick of the upcoming high-end prospects.

On3 has reported that over 200 recruits have reached out since he was hired. Five-star 2025 wide receiver Winston Watkins Jr. became Sanders’ first new recruit and some flips may also be coming soon.

For starters, they have made an offer to five-star Iowa commit, OT Kadyn Proctor. Colorado is also favored to land four-star RB Dylan Edwards, who just decommitted from Notre Dame. 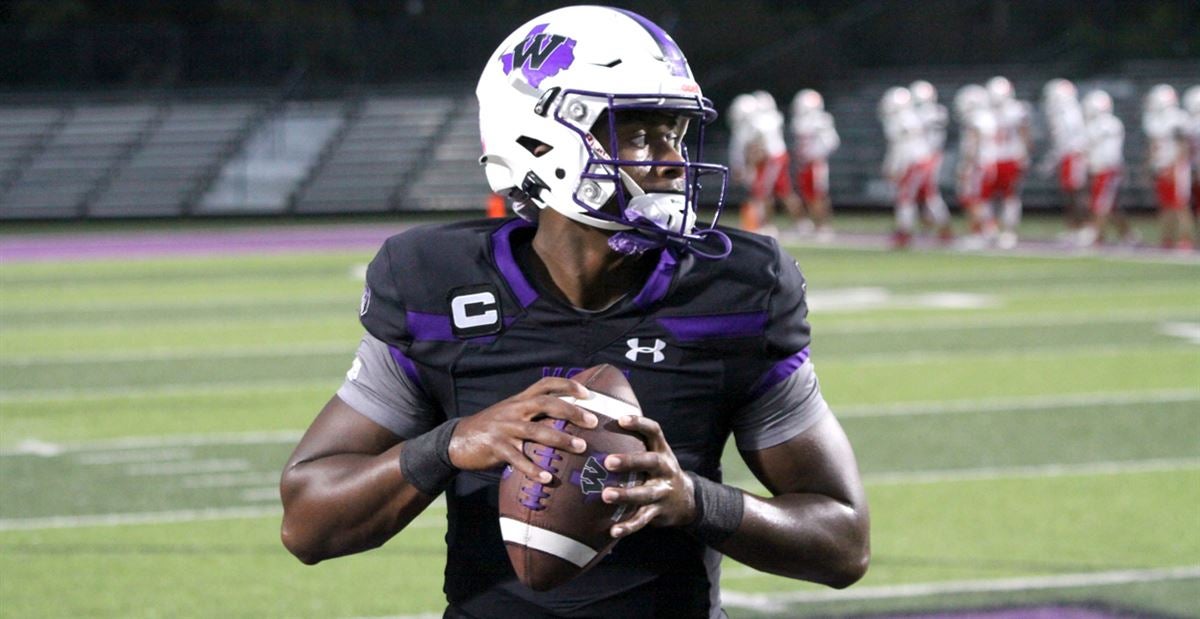 Colorado may have gotten the biggest star of the week, but a couple other teams were fortunate enough to pick up commitments from five-star recruits who will actually be on the field.

Like current starter Anthony Richardson – who just declared for the 2023 NFL draft – Lagway is a legitimate dual-threat QB.

In eight games this year he posted over 2,000 passing yards, 24 touchdowns, five interceptions and a QB rate of 130.4. As a rusher he picked up another 517 yards on 50 carries and scored seven times.

Lagway is ranked No. 4 among QBs in his class. He had 32 other offers, including ones from Alabama, Oregon, USC and Texas A&M.

While the Aggies didn’t get Lagway, they got a heck of a consolation prize. Later that day, El Campo (Texas) five-star running back Reuben Owens committed to Texas A&M.

They’re getting an incredibly productive back.

The news helped push Texas A&M’s 2023 recruiting class up to No. 18, one spot ahead of Michigan. 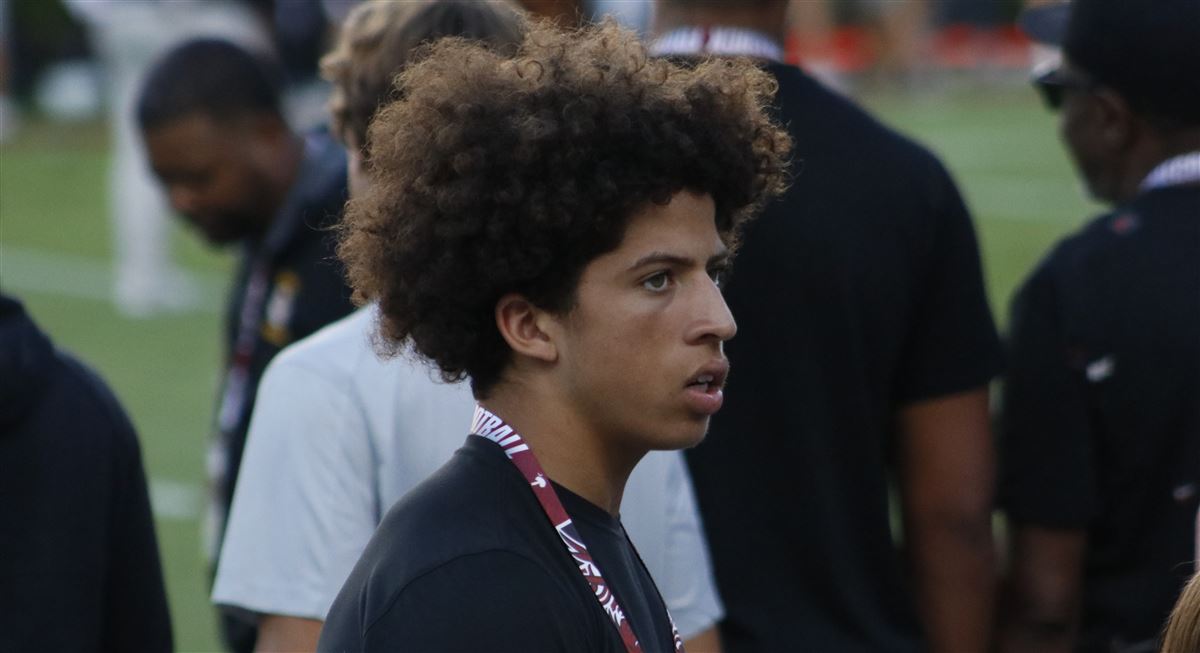 Kirby Smart and the Bulldogs are heading into the College Football Playoffs as the No. 1 seed after going 13-0. They also had a busy recruiting week, picking up three notable commitments:

Georgia’s biggest victory was acquiring one of the top undecided edge defenders in the country. On Monday, they picked up M’Pemba (6-foot-3, 240 pounds), ranked No. 6 at his position and No. 33 nationally in his class. Tennessee and Alabama were among the top contenders of the 37 teams to make an offer.

While they’re built on the strength of their defense, the Bulldogs also added to their offensive line on Tuesday by nabbing Meriweather (6-foot-6, 287 pounds) who is ranked No. 47 among 2023 offensive tackles.

Georgia remains in second place behind Alabama in the current recruiting cycle after adding these two, but they’ve closed the gap to eight points.

Not to neglect the future, Georgia landed another local prospect on Thursday when Perlotte (6-foot-3, 200 pounds) committed. He’s only a Sophomore at Buford (Ga.), but he is already among his class’s most highly-sought recruits. He had 27 other offers.