Governor Greg Abbott snickers and nudges Lieutenant Governor Dan Patrick to place slumbering House Speaker Dade Phelan’s fingers in a glass of warm water. The three politicians are having a sleepover, and Agriculture Commissioner Sid Miller, clearly not getting the message, keeps trying to invite himself in. Just as the old prank goes, Phelan wizzes himself, and Abbott instructs Patrick to use the urine stains as inspiration for the next time they redraw Texas’ district maps.

Thankfully, this is fiction, but its outrageousness may not be far from the truth.

Enter political satire Over the Lege (a la #texlege), which began its sixth season last weekend and wasted no time in rolling out the Goddess of Liberty in a wheelchair front and center. Dance numbers, skits, and interviews with political personalities make up the sketch comedy. Best described as if Saturday Night Live had an unwanted pregnancy with The Colbert Report and its right to abortion was revoked, it aims to both educate and entertain—or “edutain” as Stephanie Chiarello, the show’s creator and a longtime legislative staffer, wisecracked. Chiarello bears the lion’s share of responsibility for production, and a small cast and team of writers donate their time to make it happen.

Over the Lege bounces like a ricocheting pinball between gravitas and whimsy. “Subtlety,” the cast said, “was never part of the show.” Over the Lege is fun. Like oh-no-they-didn’t fun. Like how-does-Chiarello-still-have-a-job fun. She and her team of writers and actors are wildly successful at masking the farce that we call the Texas Legislature with more farce.

Texas’s favorite beaver, Buc-ee—possibly a true independent—hosted a game show, “So You Think You Can Vote.” One contestant, a teacher and mother of three, slowly learns that because of new restrictions on mail-in ballots and the ban on 24-hour voting, she may not be able to cast her vote.

The audience was given a brief tour of the Texas Twilight Zone, where a woman embraced the fact that she could earn more respect as a firearm—don’t ask how, this is the Texas Twilight Zone, y’all—than as a human with a uterus. In a quick glance at the future gubernatorial debate, Abbott and his followers chased Democratic candidate Beto O’Rourke to the tune of “Yakety Sax.” One cannot forget the advertisement for Bob’s House of Dildo-Shaped Firearms, a puckish reference to the legal limit on the number of “obscene devices” a Texan can legally own (five, if you were wondering).

Chiarello has worked as a legislative staffer for the past 15 years and bears witness to the antics—and antics there are—of those elected to serve the interests of their constituent Texans. While most of us are watching the big reels and hot takes on CNN or listening to a polite NPR newscaster during our morning commute, legislative aides in the trenches catch it live and unmoderated.

Chiarello pitched the show, which focuses on Texas politics, to the former The Institution Theater—then one of three improv theaters in Austin—in 2016. The Institution accepted her pitch, and the show ran for four weekends its first year and sold out every night.

Even in its infancy, Over the Lege hosted the iconic Wendy Davis, who in 2013 staged a 13-hour-long filibuster in defense of abortion rights and ran for governor of Texas shortly after. Former state senator and mayor of Austin, Kirk Watson, also made an appearance.

After two years at The Institution Theater, Over the Lege had outgrown its 40-seat capacity, where it wasn’t uncommon for audience members to have to sit on stage. “In some magical way,” Chiarello won a small grant from the City of Austin to move into the substantially larger Debra and Kevin Rollins Studio Theatre at the Long Center.

Just before the start of the COVID-19 pandemic in 2020, Kristen Gunn, co-host of The Rabble, a progressive podcast that promotes civic engagement, encouraged Chiarello to create an Over the Lege podcast. In the fashion of NPR’s Wait Wait… Don’t tell me!, guest comedians compete against each other with the support of political celebrities in games such as Tweets or Twasn’ts—as in “Did they seriously tweet that?” Chiarello tries to include a mix of legislators, lobbyists, journalists, and advocates on the podcast to give listeners a comprehensive perspective on just what the hell is going on in the Texas State Capitol.

It is no secret that Texas’ attorney general, Ken Paxton, has been charged with securities fraud. But it might not be common knowledge that his wife and Texas state senator, Angela, introduced a bill that would give him the power to exempt himself from those charges. Even less likely to be public knowledge is that Representative Andrew Murr’s handlebar mustache (AKA “a Murr-stache for the ages”) will “echo through the annals of Texas lore” in a resolution introduced by Representative Jared Patterson.

Chiarello witnesses the machinations and continues to produce hilarious political satire—all without compensation. “Yeah, I need a break,” Chiarello admits. But then she asks herself, “Is it about me trying or people paying attention? And I think it’s about me trying.” She may be masking pain with humor after years of working in government, but we must remind ourselves that we can’t look “over the lege” like she can.

Over the Lege is Chiarello’s method of demonstrating that we can and should laugh at the Texas State Legislature because “people get so angry and then they don’t know what to do.”

And there is much more to do in the Capitol than stare up at the rotunda. Testify at a committee hearing. If you visit your representative’s office and don’t bump into them, you’ll at least get an aide. Austinites have less of an excuse than anyone, “if they would just get off their asses and drive.”

“Just do something and just do one more thing than nothing,” Chiarello said. “And you’re winning.”

Did the Abbott-O’Rourke Debate Change Anything? 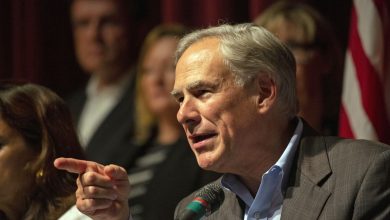 A Party Built Entirely on Lies