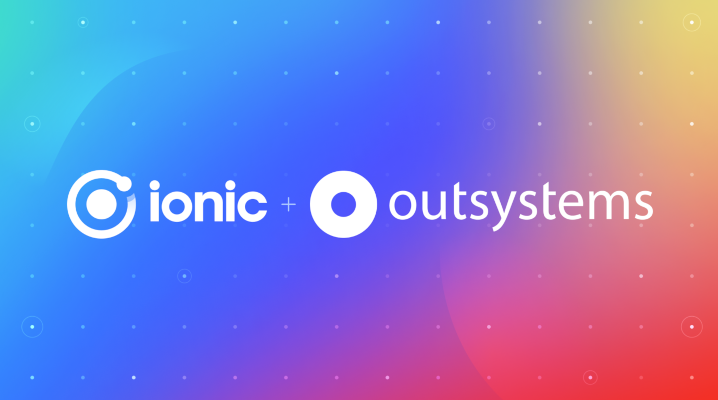 Low-code software development specialist OutSystems Inc. today announced that it has acquired Ionic, a startup with a popular suite of tools for building mobile apps.

OutSystems is a Boston-based startup backed by more than $572 million in funding. It provides a low-code development platform that enables software teams to create applications in less time than the task usually requires. The startup counts major enterprises such as Mercedes-Benz and Schneider Electric SE among its customers.

OutSystems’ platform provides access to user interface templates, integrations with popular business applications and other prepackaged software components. Developers can assemble those components into an application through a drag and drop interface. According to OutSystems, its platform significantly reduces the amount of time and effort required to build enterprise software.

For advanced software projects, the startup provides the option to extend an application with custom code. It also offers an artificial intelligence engine that provides recommendations on how to perform common development tasks.

Organizations can use OutSystems to build customer-facing applications such as technical support portals. The platform also makes it possible to create software workflows for automating internal business tasks. Furthermore, the company has built a set of features focused on speeding up mobile app development.

The acquisition of Ionic will expand OutSystems’ mobile app development capabilities. Incorporated as Drifty Co., Ionic offers a set of open-source app development tools used by more than 5 million developers. It also sells a commercial platform that makes its open-source tools easier to use for enterprises.

As part of its product portfolio, Ionic provides a software development kit that eases the task of building mobile app interfaces. Another set of tools offered by the startup makes it simpler for developers to implement cybersecurity features in their apps.

Ionic’s third major focus area is streamlining the process of turning code files into a functioning application. The startup provides a CI/CD, or continuous integration and continuous delivery, tool that automates several of the steps involved in deploying new code. Built-in testing features enable developers to preview changes made to a mobile app before rolling them out to users.

Ionic raised more than $25 million in funding prior to its acquisition by OutSystems. The startup says that its tools are used by developers at IBM Corp., The Home Depot Inc. and other major enterprises.

“We founded OutSystems to help customers innovate faster and fundamentally change how enterprise software is developed,” said OutSystems founder and Chief Executive Officer Paulo Rosado. “Ionic is a continuation and expansion of this vision.”

Ionic will operate as an independent subsidiary of OutSystems following the acquisition. As part of its growth plans, OutSystems plans to accelerate the development of new features for Ionic’s open-source tools and commercial platform.

“You can expect to see a significant increase in product engineering and R&D over the coming years,” Ionic co-founder and CEO Max Lynch wrote in a blog post. “That applies to all of our products, including our open source projects as well as our cloud services and enterprise platform features. “