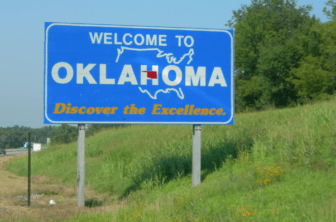 At a time when justice reform has increasingly come under fire around the country, with hardliners citing rising crime rates, a new report highlights Oklahoma’s success in reducing its prison populations.

Over the past five years, a series of reform bills, passed with bipartisan support from state legislators, led to a 21 percent decline in prison population—from 28,342 in 2017  to 22,341 in 2022— in a state which once had the highest  incarceration rate in the country.

Among other achievements, The number of people charged with a felony offense has fallen by one-third, and the  number of people imprisoned for drug offenses dropped by 62 percent over the same five year period.

Taken together,, the measures have had a positive impact on individuals and families most at risk of involvement with the justice system, concluded the report, entitled, “Turning the Page: Oklahoma’s Criminal Justice Reform Story.”

“More than 15,000 people each year will now have an easier time finding and keeping a job, maintaining stable housing, and supporting their families,” the report said.

But the report also made clear that there was a long way to go.

“Black people are nearly five times more likely to be in prison than white people and racial disparities are worse today than before this recent period of reform,” the report said.

Oklahoma prison sentences for property crimes such as larceny and fraud were on average nearly twice as long as in other states, and more than twice as long for drug sale or trafficking convictions—35 months in Oklahoma compared to an average of 17 months.

“This stubborn reliance on increasing prison sentences rather than investing in common sense policy changes comes at a monumental cost to taxpayers,” the report said.

“Oklahoma spends more than $552 million on the prison system each year without any real public safety benefits.”

The report concluded: “Oklahoma’s criminal justice reform story continues to be written ( but) the improvements that have been made to the criminal justice system in the last five years show that progress is possible.”

FWD.us was established as a nonprofit bipartisan advocacy group for immigration and justice reform in 2013 with support from Silicon Valley entrepreneurs, and led by principal Facebook founder Mark Zuckerberg.

The full report can be downloaded here.