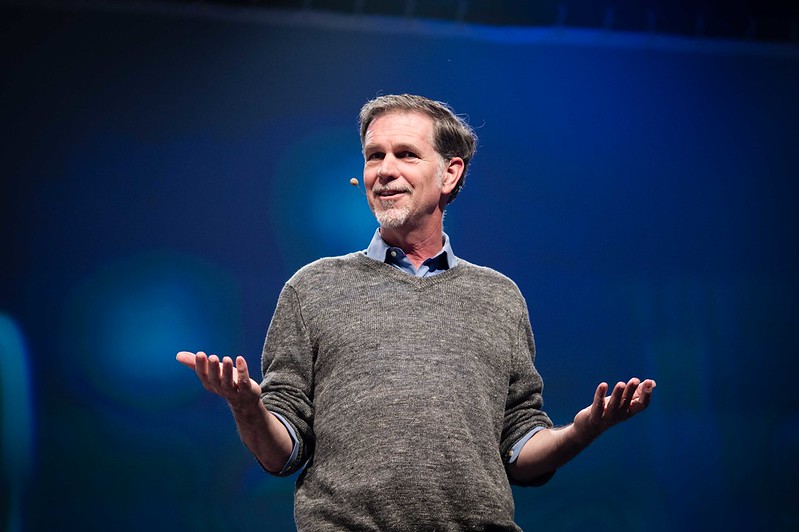 Reed Hastings, the co-founder and co-chief executive officer of Netflix Inc., today announced that he’s stepping down from his position but will stay on as the company’s executive chairman after 25 years in charge.

The former Marine, who had spent some time in Africa with the Peace Corps and was later snubbed by the Massachusetts Institute of Technology, went on to earn a master’s degree in computer science from Stanford University. In the early 1990s, Hastings (pictured) founded a software company, only to have a eureka moment in 1997 when he got the idea to start the rental-by-mail video business, Netflix.

The rest is history. As Hastings passes the baton, he’s currently worth about $3.3 billion, according to the latest Forbes tally. He’s not one for bragging about accolades, but it’s safe to say Netflix, co-founded with Marc Randolph, became one of the biggest disrupters of all time in the tech and media industries.

Netflix changed the topography of media, and other large companies had no choice but to follow in its tracks. The company presently has 223 million paying subscribers around the globe and more than 12,000 employees globally. In 2022, the company’s revenue was  $31.6 billion. In the fourth quarter reported today, Netflix gained an additional 7.7 million subscribers, far surpassing the expected 4.5 million. This good news came in what had been a relatively difficult year for the company.

“Ted & Greg are now co-CEOs,” Hastings tweeted today in a reference to longtime Netflix executives Ted Sarandos and Greg Peters. “After 15 years together, we have a great shorthand & I’m so confident in their leadership. Twice the heart, double the ability to please members & accelerate growth. Proud to serve as executive chairman for many years to come.”

Sarandos joined Netflix in 1999 and for a long time was chief content officer, becoming so-CEO only in 2020. At the time, Hastings said that he was going to stay with Sarandos at the helm for another decade, but it seems something has compelled him to exit earlier. Peters was Netflix’s chief operating officer before this move up in the ranks today. Hastings wrote in a blog post that for the past two and a half years, he had left most of the major decisions to these two men anyway.

“Ted and Greg have developed great trust and respect for each other through their collective successes and failures,” Hastings wrote. “In addition, they can always be relied upon to put Netflix’s interests first. These qualities — combined with their complementary skill sets, deep knowledge of entertainment and technology, and proven track record at Netflix — create a unique opportunity to deliver faster growth and greater success long term with them as co-CEOs.”