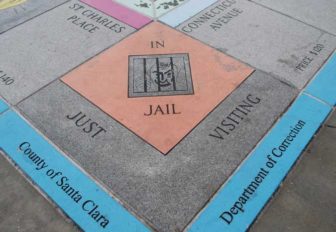 Incarcerated individuals across the country are forced to work for cents on the dollar, with five states, Alabama, Arkansas, Georgia, Mississippi and Texas, offering no wages, reports the Guardian.

The 13th amendment abolished slavery and involuntary servitude but contained an exception for “a punishment for crime whereof the party shall have been duly convicted.” Advocates, inmates and lawmakers are fighting to remove the provision, which some deem “the slavery loophole.”

The Guardian’s Michael Sainato reports that an American Civil Liberties Union report found around 800,000 of the 1.2 million people in state and federal prisons must work, generating a rough estimate of $11 billion annually in goods and services. At the same time, average wages range from 13 cents to 52 cents per hour. The report says the conditions amount to human rights violations.

Prison workers receive no time off and often must work even when sick, and despite working labor jobs, have difficulty finding similar work upon release.

A #EndTheException group comprises over 80 national organizations, including criminal justice reform, civil rights and labor groups. They all aim to abolish the amendment at the federal level and through ballot initiatives at the state level.

The campaign to end the controversial provision in the 13th amendment has reached Congress.

This November, five states will decide to remove the prison exemption clauses, Alabama, Louisiana, Oregon, Tennessee, and Vermont. In California, the initiative failed to receive a state Senate vote after passing the assembly.

It is unclear when or if the bill in Congress will pass.