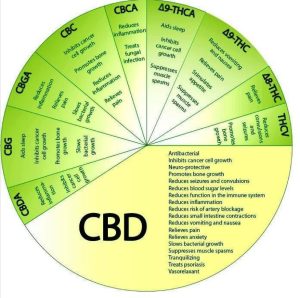 When you think about hemp and marijuana plants, usually two compounds come to mind – THC and CBD. While those two major cannabinoids are the most well-known, they are far from the only compounds that are found in both hemp and marijuana. Would you like to learn more about what else is in these plants? Let’s jump in.

What Are Minor Cannabinoids?

Minor cannabinoids get their name not from their possible value to your health, but from the quantity in each plant.  They’re less abundant than THC and CBD but potentially even more important. At present, there are more than 120 compounds found in hemp and marijuana plants.  While the medicinal use of cannabis can be traced back thousands of years, this is still a new science and we are learning more about both the major and minor cannabinoids and their possibilities every day.

While this is far from a complete list, here are some cannabinoids that are considered minor that you may want to learn more about.

CBN, or cannabinol, is formed in a cannabis plant when THC is exposed to heat and light (oxidation.) This can occur naturally over time or can be sped up in a lab environment.  While CBN was initially THC, it’s important to note that CBN is not intoxicating – you won’t get high from it.

CBN has been shown to have sedative properties. Many products that are intended to assist with sleep will contain both CBN and CBD.  Studies show that CBN may also assist with pain relief when married to CBD.  You can find CBN, and many other minor cannabinoids, in all the same product forms as CBD – from oils to gummies and capsules.

CBG, or cannabigerol, is considered the “mother of all cannabinoids” because it serves as the precursor for all the other compounds. It is derived from young hemp or marijuana plants. As the plant grows, CBGA and CBG convert to other cannabinoids.  Just as CBD imitates endocannabinoids that occur naturally in our bodies, CBG will also bind and work to neutralize cells, bringing us to a level playing field.

CBG is non-intoxicating. It can make people feel energized and focused, rather than relaxed. This makes CBG popular among people searching for a cannabinoid to boost productivity. 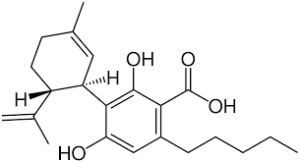 CBDA is probably our favorite minor cannabinoid here at Green Wellness Life.  CBDA is an acidic precursor to CBD. It is the compound in the plant that eventually becomes CBD with heat and time.  In our experience, CBDA is the most effective compound for dealing with persistent discomfort.  Non-human studies are backing this up, finding that greater benefit is found with much lower servings of CBDA than CBD.

Raw and heated cannabinoids interact with different receptors and enzymes in the body.  Raw options like CBDA may be less active in the brain, which means they are hyperactive in the body and gut.  That may be why people often report better or more sustained inflammation relief.

CBC , or cannabichromene, also stems from CBGA. It was discovered in the 1960s and is the third most prominent cannabinoid found in cannabis, after CBD and THC.  While we know that it works in conjunction with THC and CBD to keep our system neutral, we don’t know much more than that.  Research suggests that it is a potent anti-inflammatory and could be more beneficial than CBD in mood enhancement. CBC is non-intoxicating and one of many potentially beneficial minor cannabinoids.

Many of us have never heard of THC-O.  That may be because it does not naturally occur in the plant in the ground. THC-O is the shortened name for THC-O-Acetate, also called ATHC. It can only be produced in a laboratory environment. Lab tests show that THC-O can be 300 percent stronger than regular THC.

THC-O is intoxicating. As such, it can only legally be purchased from a licensed dispensary, even in states where recreational marijuana is legal.  Use caution when purchasing this or any synthetic cannabinoid – it’s more likely a temporary trend than a natural compound with consistent benefits like CBD. 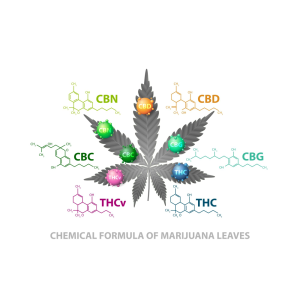 THC-V, or tetrahydrocannabivarin, is a naturally occurring minor cannabinoid. It’s most commonly found in African Sativa marijuana. The jury is still out as to how intoxicating THC-V can be.  The buzz associated with THC-V, from the small amount of research available, appears to be clear-headed and stimulating, lasting about half as long as THC intoxication.  Some research shows that it is useful as an appetite suppressant and THC-V products are certainly gaining popularity in that area with fans calling it “skinny pot.”

Delta-8 THC, or tetrahydrocannabinol, is an additional psychoactive cannabinoid. The natural amount of delta-8 THC that occurs in cannabis is very low. As such, additional chemicals are often used to convert other cannabinoids, like CBD, into delta-8.  Initially, it was sold over the counter as a legal marijuana alternative that provides less euphoria than THC but still provides relaxation along with potentially lessened negative side effects.

States have quickly caught on to the intoxicating nature of delta-8.  At the time of this article, 20 states have classified delta-8 as illegal or have restrictions on how it can be sold. As with THC-O, we would recommend using caution and only purchasing from a reputable source, as delta-8 may be synthetically made.

How Do Minor Cannabinoids Work?

Minor cannabinoids interact with our endocannabinoid system (ECS) just as CBD and THC do.  They bind to receptors that have a range of effects on everything from our brains to our gut and everything in between.  The ECS exists and is active in your body even if you don’t use cannabis.  It works using compounds you create to promote homeostasis (balance) throughout your entire life.  When you take in major or minor cannabinoids, they bind to that system and get to work keeping you neutral.

If you’ve heard the phrase ” the whole is more than the sum of its parts” then you already understand the entourage effect.  Put simply, many people find that cannabis plants work better when taken as a whole, made up of those 120+ compounds than broken apart into individual cannabinoids. That doesn’t mean that there is no value if you isolate and use CBD or CBN or even THC alone, but it does mean you may see a greater impact keeping them together.

There is still so much to learn about all of the minor cannabinoids working together in cannabis.  If you’re just getting started with cannabinoids. our CBD 101 is an excellent resource.  If you’d like to learn more, but have specific questions or prefer to chat with a human, we can do that, too. Reach out to us toll-free at 888-772-7875 or email us at [email protected] We look forward to chatting with you! 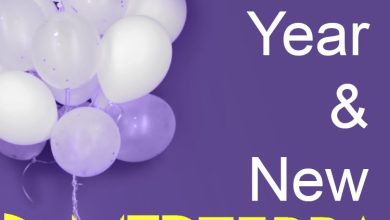 Why Can’t You Buy CBD Oil on Amazon? (& Where To Buy Instead)

What is Delta 8? – Green Wellness Life

CBD for Stress Relief During The Holidays