In case you haven’t seen a Michigan fan running through your town shirtless and waving a school flag, the Wolverines beat Ohio State on Saturday for the second-straight year.

Following that 45-23 win, Michigan fans got more good news on Sunday when the team secured a commitment from four-star offensive tackle Luke Hamilton.

Hamilton (6-foot-5, 290 pounds) plays for Avon (Ohio) and is ranked No. 8 at his position by 247 Sports and No. 5 in the state. Overall, Hamilton had offers from 22 programs, including Kentucky, Michigan State, Minnesota and Ohio State.

The Wolverines aren’t the only team that got a four-star offensive lineman to commit over the weekend, though.

Utah also picked one up in Caleb Lomu out of Highland (Ariz.)

According to the composite rankings, Lomu (6-foot-5, 290 pounds) is ranked No. 20 at his position and fourth in the state of Arizona. He also had 21 other offers to choose from, including ones from Arizona, California and Michigan. 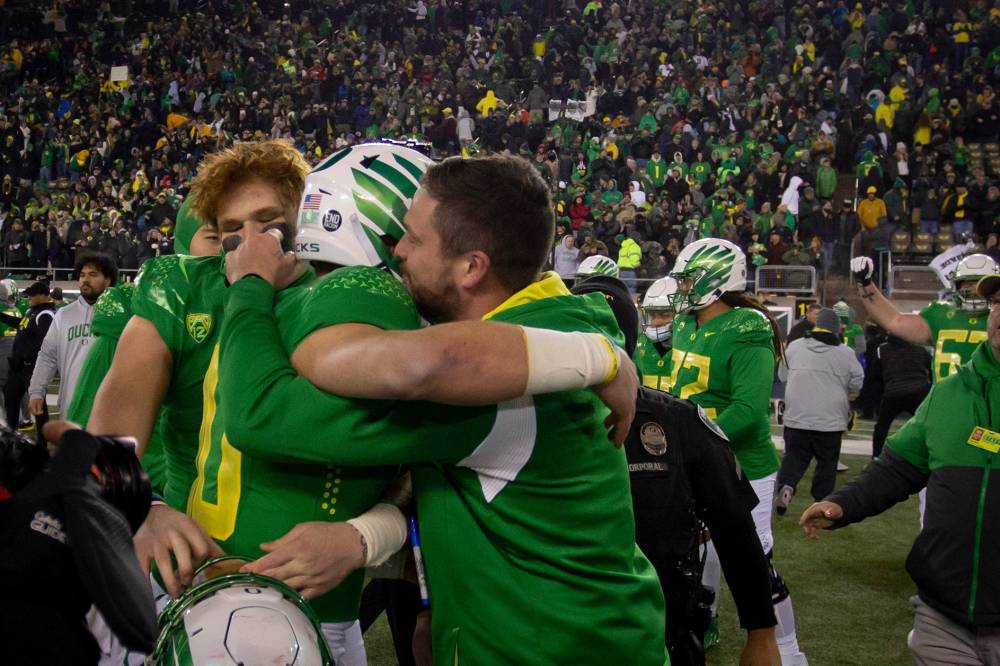