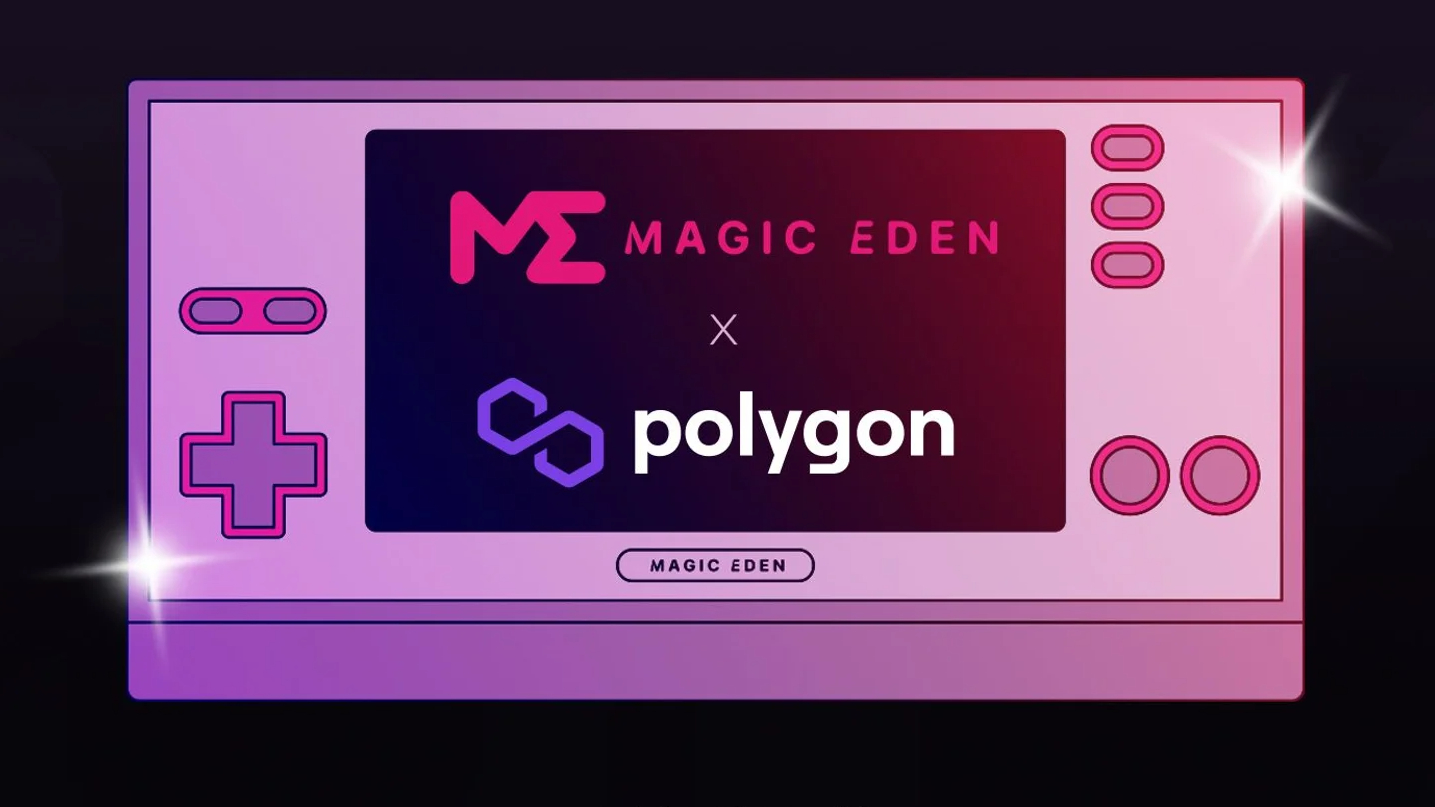 Magic Eden, a cross-chain nonfungible token marketplace, today announced that it plans to expand to integrate the Polygon blockchain to allow its market to work more closely with gaming partners and creators that use the network.

Polygon is a scaling solution for the Ethereum blockchain and is home to some of the largest Web3 gaming projects and publishers including big names such as Ubisoft, Atari, Animoca and Decentraland. Its platform provides a low-fee, high speed network to execute transactions on Ethereum for applications when the blockchain is congested.

Magic Eden currently supports Ethereum- and Solana-based NFTs, making it a multi-chain marketplace, meaning that NFT traders can exchange NFTs on multiple blockchains. With the addition of Polygon users will also be able to trade on that network, which is broadly favored by Web3 game creators because it is compatible with Ethereum’s virtual machine, called the EVM.

Zhuoxun Yin, Co-Founder and chief operating officer of Magic Eden, said that the integration of Polygon with Magic Eden would be a major milestone and help propel the marketplace into the next stage of growth by helping capture the greater gaming audience and providing current users greater opportunities for cross-chain trade.

“First, we’ve always envisioned a cross chain future for Magic Eden, and this brings us closer to uniting a broader audience who love NFTs,” Yin explained. “Second, given Polygon’s popularity amongst game developers as a low cost EVM-compatible chain, integrating Polygon will continue to cement Magic Eden as the go-to Web3 gaming platform.”

Magic Eden intends to focus first on providing tools for creators using Polygon, including a Lunchpad using MATIC, Polygon’s native crypto token, and a marketplace before the end of the year. The upcoming Launchpad for Polygon has already attracted a number of gaming publishers and developers including BORA, backed by Kakao Games, IntellaX, nWay, Block Games, Boomland, Planet Mojo and Taunt Battleworld.

Polygon network now supports tens of thousands of decentralized blockchain applications and has processed 1.9 billion transactions and holds over 174 million unique user addresses and secures over 5 billion in assets. The company raised $450 million in funding led by Sequoia Capital India on a $2 billion valuation in February. By expanding into Polygon, Magic Eden hopes to tap into its audience and varied ecosystem of developers and publishers by giving them a place to trade the assets for their games.

This partnership comes at a time that the NFT markets have been flagging significantly because crypto markets are in decline. According to a Bloomberg report at the end of September, NFT trading volumes fell almost 97% from heady highs of $17.2 billion that outshone 2021’s volumes to below $467 million in September showing a significant pullback in the markets. A report from Decrypt echoed those sentiments, showing that October sales had declined 25% across all chains from the previous month, showing that markets were indeed losing steam.

Crypto markets are facing decline broadly as what is known as “crypto winter” continues to deepen after the recent collapse of the cryptocurrency exchange FTX. This is especially prominent in Ethereum, a major cryptocurrency used for NFTs, which lost approximately 30% of its value since the beginning of November, according to data from CoinMarketCap.