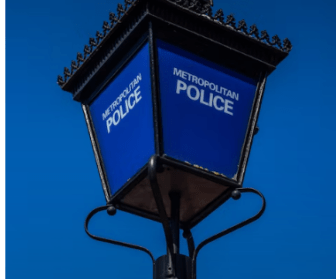 Photo by Tadas Petrokas via Unsplash

The work of Baroness Louise Casey of Blackstock, lead author of the report, was shadowed by the growing evidence of racism, homophobia and misogyny practiced by swathes of officers within the force.

The scale and severity of the problems spotlighted by Baroness Casey left the British public shocked and aghast.

The BBC headline on the report couldn’t have put it in grimmer fashion: “Officers Getting Away With Breaking The Law.”

“Cases are taking too long to resolve, allegations are more likely to be dismissed than acted upon, the burden on those raising concerns is too heavy, and there is racial disparity across the system, with white officers dealt with less harshly than Black or Asian officers,” Casey said in her letter introducing the report to Scotland Yard Commissioner Sir Mark Rowley.

The findings so far will leave other police chiefs around the UK wondering whether they too should be reviewing how misconduct allegations are investigated and handled within their own organizations.

It did not examine external complaints from the public at this stage, concentrating on how the force itself responded to its own in house internal allegations from officers and staff.

The full interim report by Baroness Casey can be found here.

Can the problem be fixed?

Part of the difficulty, according to Casey, is that the Met allows (probably due to the nature and volume of allegations) cases to be investigated locally by professional standards units at the local command level.

These units are not properly resourced and may be staffed by officers who do not want to be there, and who may know personally those against whom allegations are being made.

If this is generally the case, then it results in a significantly less effective process than there should be for disciplining officers and staff.

What this report has found from the interviews and discussions that Baroness Casey’s team held, is that officers at all ranks, from constable to chief superintendent, are continually frustrated at how the system lets colleagues off the hook when breaches of professional standards are reported.

Wayne Couzens, the former officer who was sentenced to life in the Everard murder, had been identified earlier for indecently exposing himself. But he was never disciplined. This lack of action, it could be argued, led to his further heinous offense.

Could it have been prevented?

But laying the blame at the door of the Directorate of Professional Standards for a lack of effectiveness is not the only issue here.

A resounding lack of personal responsibility and leadership at every level, and in particular at the very top, allowed a culture of despicable behaviurs to flourish and be tolerated is surely the probable cause.

Dame Cressida Dick, who commissioned the Casey Review, must surely be accountable in for failing during her four-year tenure as police commissioner to tackle the problem.

Can it be that the Metropolitan police is so large and bureaucratic that none of these problems came to the notice and attention of the Commissioner’s Office?

Responding to the interim report, Sir Mark Rowley has apologized profusely both to his staff and to the public.

He has set up a new internal sexual offending and domestic violence command, as reported earlier in The Crime Report, to deal specifically with the volume of outstanding allegations –– made by officers and staff against colleagues.

That suggests a genuine commitment to root out those people who are blighting the service and the reputation of his police force.

But a broader approach is also needed to overhaul the culture and standards at the Metropolitan police and, generically, across UK policing.

Mina Smallman, the mother of two daughters murdered together in London in 2020, has become an active researcher and campaigner since her daughters’ bodies were photographed at the crime scene by two Met officers, who posed alongside them and then published the photos across social media. (The officers were later jailed.)

In a BBC-TV interview this week, Smallman said she wanted to see greater oversight and independence in the way allegations of police misconduct are handled.

She wants to see the non-governmental public body, the Independent Office for Police Conduct, expanded to take on a wider role in investigating misconduct and for independent lay panels of ex justice professionals to sit in judgement over cases.

Currently these are handled internally by chief police officers from the same police force.

Almost certainly, there will be others as the furor over the interim report spreads.

Gareth Bryon is a former Detective Chief Superintendent who worked as a senior officer in the South Wales Police and the British Transport Police, where he led major crime investigation and forensic science services for over 30 years.

With Support for Gun Control More Popular Than Ever, Where’s the People’s Mandate?