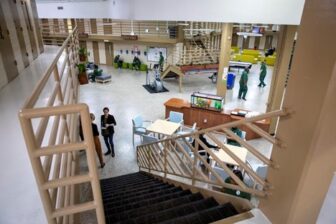 The United States has the largest number of people incarcerated in the world. About 25 percent of all people imprisoned worldwide are in American prisons and jails.

Overcrowding, violence and long sentences are common in U.S. prisons, often creating a climate of hopelessness for incarcerated people, as well as for people who work there.

Additionally, correctional officers, often challenged by long shifts and worried about their own safety and stressful working conditions, have a life expectancy that is on average a decade less than the general population.

Some advocates have called for diverting people away from prisons, especially low-risk individuals. Others encourage shorter sentences and earlier releases.

But reform efforts could also extend to changing the prison environment itself.

We are American and Norwegian criminologists. While trying to better understand our countries’ justice systems, we have spent significant time in correctional facilities across Scandinavia and the U.S. There, we often try to identify overlooked similarities within these very different places – and ways they could learn from each other.

A recent collaboration between correctional services in Pennsylvania and several Scandinavian countries presents an opportunity to test these ideas. One Pennsylvania prison unit we are researching adapts elements from Scandinavian prisons, and offers a window into what drawing from other penal systems might look like in the U.S.

Correctional systems throughout much of Scandinavia are guided by a general set of philosophical principles. In Sweden, these standards emphasize rehabilitation and encourage meaningful change, so incarcerated people can lead a better life.

In Norway, core values of safety, transparency and innovation are considered fundamental to the idea of creating normality in prison, the feeling that life as part of a community continues, even behind walls and bars.

Adhering to these principles means that, in some cases, incarcerated people can wear their own clothes, work in jobs that prepare them for employment and cook their own meals.

Prisons in Scandinavia are also small, with some housing roughly a dozen people – which is possible, given relatively low incarceration rates in the region.

Prisoners in Norway can access many of the same social and educational services as people who are not incarcerated.

In most cases, people in prison in Norway have access to many of the same social and educational services and programs as people who are not incarcerated.

Many prisons, especially in Norway, are designed in a fundamentally different way than in the U.S. Proximity to nature is often considered, for example. Cells in Norway are also for a single person – not multiple people, as in most cases in the U.S.

Norway, perhaps unsurprisingly, has attracted many international visitors who come to observe their prison system.

Importantly, correctional officers have at least a two-year, university-level education and are directly involved in rehabilitation and planning for the incarcerated person’s re-entry into the world outside of prison.

In the U.S., most officers receive just a few weeks of training, and their work focuses mostly on maintaining safety and security.

It is also worth noting that recidivism rates in Scandinavia are low. In Norway, it has been reported that less than half of people released from prison are rearrested after three years. In Pennsylvania, that figure is closer to 70 percent

The implications for correctional systems are profound.

There are, of course, other fundamental differences between the Scandinavian countries and the U.S.

Norway, like the other countries in the region, is much smaller than the U.S., in both population and geography. Crime rates are lower there than in the U.S., and social support systems are more robust. Gun violence is also almost unheard of.

In Norway, the longest prison sentence in most cases is 21 years – with most people serving less than a year. In Pennsylvania, life sentences are not uncommon, and many crimes – including nonviolent ones – can results in decades of imprisonment. 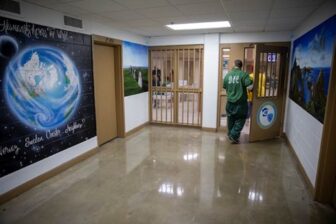 The “Little Scandinavia” unit, housed inside SCI Chester, is designed to give prisoners a sense of autonomy over their space. Creative Commonwealth Media

Despite this, the two systems may not be completely incompatible, at least not when the goal is to reform the prison environment.

In State Correctional Institution Chester, known as SCI Chester, a medium-security prison located just outside of Philadelphia, a correctional officer-guided team has worked since 2018 to incorporate Scandinavian penal principles into its own institution.

Based on their direct experiences, the correctional officers and facility leaders sought to reconsider what incarceration could look like at SCI Chester. This initiative has uniquely focused on developing a single housing unit within the prison.

In 2019, the group, which also included outside researchers and correctional leaders, spent weeks visiting a range of facilities across Scandinavia, and the officers worked in Norwegian prisons alongside peer mentors.

In March 2020, six men in SCI Chester – each sentenced to life in prison – were selected to participate in the project as mentors. They then moved on to the new housing unit, which had come to be known as “Little Scandinavia.”

In early 2022, the researchers and correctional leaders returned for a follow-up visit to several prisons in Sweden. Though delayed by the pandemic, 29 more residents of SCI Chester were selected from the prison’s general population to join the Scandinavian-inspired housing unit that May.

A grocery program allows residents to purchase fresh foods and work directly with staff to send orders to a local store.

With single cells, a communal kitchen, Nordic-like furnishings and a landscaped, outdoor green space, Little Scandinavia looks unlike any other U.S. prison. Plants grow throughout the common areas. A large fish tank, maintained by staff and residents, is the centerpiece of an area designed to encourage people to gather.

A grocery program allows all of the residents to purchase fresh foods – a rarity in prison – and work directly with staff to send orders to a local store.

Each day, residents are expected to go to work, treatment or school, all within the prison.

Importantly, the correctional officers overseeing Little Scandinavia have received a range of training to facilitate communication with their assigned residents.

Drawing from Norway’s model, there is also a uniquely low ratio of trained staff to incarcerated men – one officer for eight residents, compared with the typical average of one staff member for 128 residents.

Although the community is still evolving, there have been no acts of violence, as some speculated would happen – even with access to kitchen equipment.

As part of our research, we are examining correctional staff’s first-hand experiences with this international project.

Some analyses have shown that a Scandinavian approach, focused on normality and reintegration, can be potentially good for correctional officers, boosting their morale, independence and well-being.

Incarcerated people have also reported feeling safer and having more positive relationships with staff and other people living in the prisons. They also indicated greater satisfaction with their access to food and the reintegration support available to them.

SCI Chester shows that it is, in fact, possible to adapt Scandinavian-style penal philosophies and incorporate them into a Pennsylvania prison. This effort is a pilot, however, with significant costs, foundational support from committed leaders, and in partnership with many outside experts. 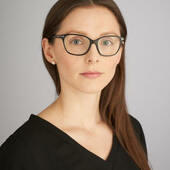 It remains to be seen how these efforts will play out in the long term. Data from this project, and rigorous research on other efforts, can inform conversations about what the future of prison reform in the U.S. could look like.

After all, as they say in Norway, a prison is responsible for enabling the people who are incarcerated to return to society as good neighbors – a fact that, in most cases, is as true in Philadelphia as it is in Stockholm or Oslo. 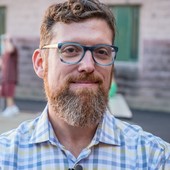 Jordan Hyatt  is Associate Professor of Criminology and Justice Studies, Drexel University. Synøve Nygaard Andersen is a Postdoctoral Fellow in Sociology, at the University of Oslo . This essay originally appeared in The Conversation and is reproduced here with permission.