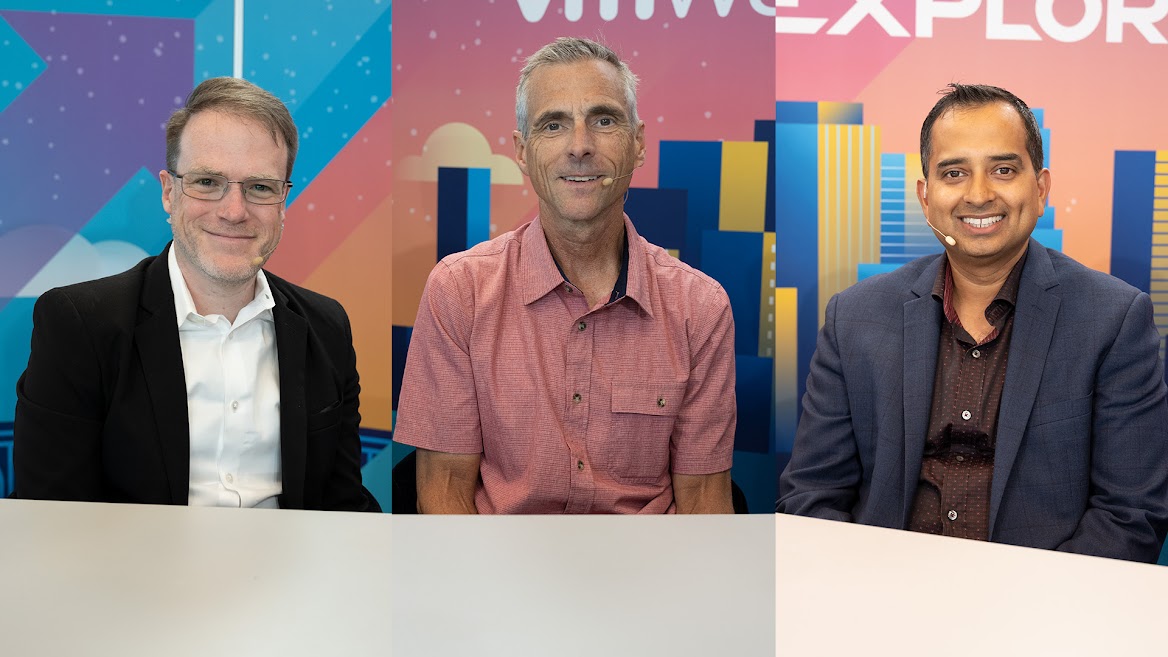 The VMware Cloud on AWS integration with Amazon FSx for NetApp ONTAP solution was unveiled during VMware Explore in late August. The integration of technologies between the three companies is designed to provide a consistent operations experience across cloud and on-premises environments.

“So many workloads run in VMware virtual machines today, and to be able to just simply pick them up as is and move them to Amazon really lowers the friction to cloud adoption,” said Phil Brotherton (pictured, center), vice president for solutions and alliances at NetApp Inc. “It’s like a dream to bring the fully managed ONTAP onto the world’s biggest cloud.”

The partnership between the three companies addressed a pain point for enterprise customers. An inability to scale storage and compute independently led to higher costs for storage heavy workloads. VMware Cloud’s integration with Amazon FSx for NetApp ONTAP will facilitate an ability to grow storage capacity and support heavy datasets.

“We’ve partnered together on hard engineering problems to create a very simple outcome for customers and partners,” Bharadwaj said. “One thing customers always told us was they want more options for storage, decoupled from compute. That really helped customers to lower their total cost of ownership and get even more workloads into VMware Cloud. This partnership creates that opportunity.”

In addition to a lower total cost of ownership, this latest solution expands the feature set for data management capabilities, according to Jones.

“Customers have come to expect enterprise features like thin provisioning, snapshotting, cloning, rapid cloning and even replication of data,” he said. “Customers now leverage this type of functionality through the NetApp solution with VMware Cloud, and they’re getting all those enterprise class features from the storage in combination with what they already had with vSAN and VMware Cloud.”

The newly unveiled solution is an external NFS datastore that can be attached to VMware Cloud on AWS vSphere clusters, according to a NetApp blog post. The service is now available following a preview phase in which customers were able to experiment with streamlined workload management.

“A large financial customer was looking at this during the preview phase,” Bharadwaj said. “They were not able to attract a lot of their other workloads from other business units. With this solution, the service is a much better candidate for those workloads and those business units that had not considered VMware Cloud.”

(* Disclosure: NetApp Inc. sponsored this segment of theCUBE. Neither NetApp nor other sponsors have editorial control over content on theCUBE or SiliconANGLE.)