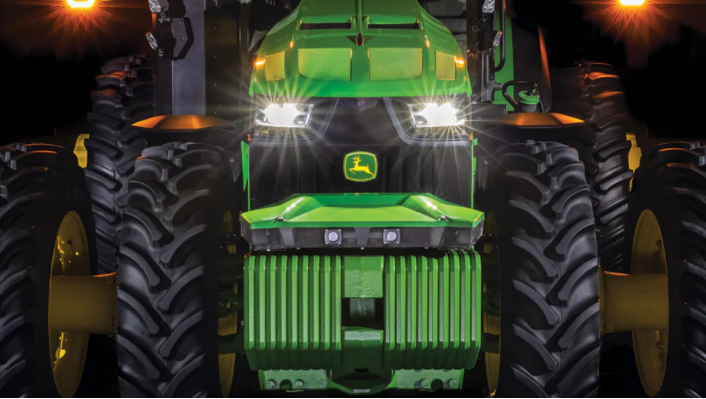 Tractor and farming equipment maker Deere & Co. signed an agreement on Sunday with the agricultural lobbying group American Farm Bureau Federation that will allow farmers in the United States to repair their own equipment or take it to third-party repair shops in a move hailed as a positive move for the “right-to-repair.”

The agreement, reported earlier by the Wall Street Journal, takes the form of a memorandum of understanding between the two entities, that helps resolve a longstanding issue farmers have with the vendor that forced farmers to go to Deere to get their equipment fixed.

For years, Deere had forced farmers to use only its authorized dealers to repair their equipment, meaning that if something broke down or had issues, it could be a fraught, expensive problem to fix. As farming and agriculture have become more complex and software-driven, the company would put software locks into the equipment which meant that it could not be fixed in the field or by third parties.

This behavior, although protecting the hardware and software from potential modification, also meant that what could have been simple fixes, could mean days of downtime for farmers. This action has also led some farmers to accuse Deere and other manufacturers of using their own proprietary software to restrict repair to their own dealers, increasing costs and reducing profits for farmers.

According to the memorandum, John Deere will make its software, tools and documentation available to both farmers and independent repair shops. As a result, technicians would have everything they needed to make repairs on-site in the same way that authorized Deere dealers would. However, the manufacturer warned that technicians could not disable safety features or modify the software that operates the machinery as those are protected by copyright.

“A piece of equipment is a major investment. Farmers must have the freedom to choose where equipment is repaired, or to repair it themselves, to help control costs,” said AFBF President Zippy Duvall. “The MOU commits John Deere to ensuring farmers and independent repair facilities have access to many of the tools and software needed to grow the food, fuel and fiber America’s families rely on.”

According to the agreement, Deere and the AFBF will meet at least twice a year to resolve issues that arise as part of the agreement and to evaluate progress regarding the “right-to-repair” agreement as it impacts US farmers.

“Machinery and equipment and the products that our customers invest in are a large investment,” said David Gilmore, John Deere senior vice president of ag and turf sales and marketing. “And the opportunity for them to maximize the uptime of that equipment and minimize downtime is an important area of focus for our organization and for the industry.”

The memorandum itself states that it is “a voluntary private sector commitment to outcomes rather than legislative or regulatory measures,” which means that it is most likely Deere attempting to get out ahead of regulators seeking to pass “right-to-repair” style policies. The persistence of technology and equipment from cell phones to automotive parts that require customers to go to authorized dealers to repair them have caught the attention of legislators of late.

Including New York, which became the first state to pass such a law, known as the Digital Fair Repair Act – signed right before the end of the year. The law gives consumers and technicians at third-party repair shops access to manuals, diagrams, diagnostics and parts from original equipment manufacturers so that they can repair devices. However, major exemptions added to the bill – such as not requiring equipment makers to provide information to circumvent software locks — and other adjustments essentially crippled its effectiveness.