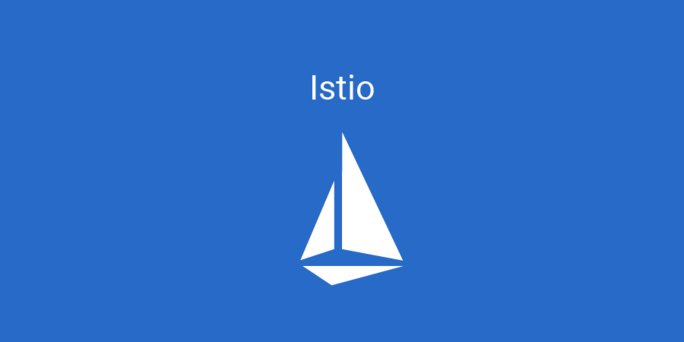 The Cloud Native Computing Foundation announced today that it has voted to accept the popular open-source service mesh Istio as an incubating project.

The move brings Istio under the same umbrella as related cloud-native projects, such as Kubernetes. The decision is likely to appease many of Istio’s users and contributors, who have long pushed for the project to be handed over to the CNCF to validate its neutrality. That’s important, since many see Istio as a foundational technology for modern software platforms.

Istio is one of the most widely used service meshes in the industry, providing a transparent, uniform and efficient way to secure, connect and monitor services in cloud-native applications. The idea with Istio is to help tame the complexity of monitoring microservices, which are the components of modern, cloud-based software applications.

By breaking down their apps into smaller parts, developers can alter and update them more easily without affecting other parts of the app. In this way, developers can add new features and fix bugs more quickly than they can with traditional, monolithic applications.

Istio is used to manage those microservices and the traffic between them, ensuring everything runs smoothly. It does this by creating an abstraction layer across networking environments, making it simple to deploy microservices-based applications within them. It works by automatically routing application traffic across multiple network underlays, which does away with the need to configure each application service for a specific network.

The story of Istio dates back to 2016, when the project was initially developed by Google LLC, IBM Corp. and Lyft Inc. Since then, several big names in the enterprise tech world have emerged as key contributors, including Red Hat Inc., Cisco Systems Inc., VMware Inc., Intel Corp., Huawei Technologies Co. Ltd., Tencent Holdings Ltd., Alibaba Group Holding Ltd. and Shanghai DaoCloud Network Technology Co., Ltd. At the same time, a number of commercial offerings based on Istio have been brought to market by companies such as Tetrate Inc., Solo.io Inc. and F5 Networks Inc.

With its widespread adoption and maturity, Istio is often viewed as a peer of existing CNCF projects, including Kubernetes, Envoy, gRPC, Prometheus and SPIFFE. That said, Istio has attracted some controversy in the past because of what many perceived as Google’s unwillingness to give up control of the project..

Google, which has always led the development of Istio as its chief contributor, had long promised to transfer the project to the CNCF eventually. However, in 2020 it suddenly reneged on that commitment, instead opting to transfer Istio’s trademarks to a neutral organization created by itself, called the Open Usage Commons.

Google’s decision upset many of the other contributors to Istio, most notably IBM. Some observers even suggested that Google was secretly trying to retain control over the future direction of the project.

It’s not immediately clear why, but Google finally backtracked on that move in April, when it announced it was submitting an application proposal for Istio to join the CNCF. Most likely, Google’s decision was influenced by the growing popularity of Istio, which in 2019 became the fourth-fastest growing open-source project on GitHub. Today, more than 190 companies have made contributions to the project, and there are more than 15 firms offering some sort of hosted product or add-on for Kubernetes that’s based on Istio.

“We are pleased to unify Google’s industry-defining stack of cloud native projects — Kubernetes, Istio and Knative — in one home under the CNCF,” said Craig Box, developer relations lead at Google Cloud and an Istio Steering Committee member. “Our team has been working to bring the service mesh community together around the Kubernetes Gateway API, and we look forward to seeing, and driving, more such collaboration between CNCF projects. This is a significant milestone for Istio and its community.”

“Support for open source innovations is a critical component of IBM’s hybrid cloud strategy, and we see this in particular with Istio — to which we have contributed from the start,” said IBM Fellow and General Manager of IBM Cloud Jason McGee. “With the acceptance of Istio into the CNCF, the project is entering a new phase in its evolution and growth, and we applaud this milestone. The open governance and robust community of CNCF will help nurture the project, ensuring a bright future for the users of Istio and for the contributors and overall CNCF communities.”

Holger Mueller of Constellation Research Inc. said Istio was always likely to move to the CNCF at some point, though many had predicted that it might happen much later than it has happened. “Google has finally handed over control, as expected, and such moves are generally good for open-source projects as neutral ownership helps to alleviate concerns that a key technology might evolve into a captive or proprietary offering,” Mueller said.

As a CNCF-hosted project, Istio becomes part of a neutral foundation that’s aligned with its technical interests. It also falls under the larger Linux Foundation, the parent of the CNCF, which provides guidance, marketing support and community outreach.

In terms of Istio’s ongoing development, very little will change. Google said the Istio trademarks that were under Open Usage Commons will be transferred to the LF, ensuring the entire ecosystem can continue to use them freely. Google will also maintain its role as the key contributor to Istio that funds and manages its build/test infrastructure.