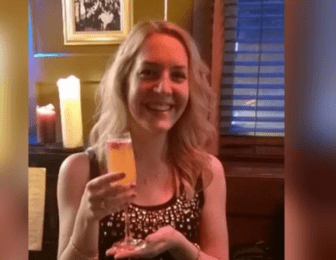 The British public has been galvanized this month by the trial of Lucy Letby, who is allegedly the worst serial killer in British legal history,

Letby, a 32-year-old British neo-natal nurse, has been charged with 22 counts of murder and attempted murder. She is alleged to have gone on a year-long killing spree at the Countess of Chester Hospital in the UK, between 2015 and 2016.

It’s no surprise why this trial has hit close to home for millions of British people.

Neo-natal care,  provided by the UK National Health Service,  is reserved for the most ill and traumatized babies following premature births and those early births where the babies are born with severe illness.

Staff at these units are highly trained and dedicated professionals, and it is both worrying and shocking that a nurse working in this environment could have committed these crimes.

Letby was first arrested in July 2018 during a long and difficult investigation conducted by the Cheshire police force. She was released and re-arrested in 2019. When the case was originally reported in the press it made little impression on the public consciousness.

Since then, she has been on remand in prison awaiting trial by jury at the Manchester Crown Court.

The trial is expected to last six months.

According to the prosecution, Letby killed seven newborn babies and attempted to murder 10 others at the Hospital in 2015 and 2016. Hospital authorities grew suspicious after an alarming rise in deaths in the newborn unit.

Her lawyer described her as a “dedicated nurse,” asserting that in “no way did she want to harm” the babies, the BBC reported this week.

In a case which appears to have the hallmarks of the notorious case of nurse Beverly Allit in the 1990s, there will undoubtedly be considerable speculation into the motives and mental health of Letby, and how she could have gotten away with these crimes for at least 12 months before being suspected.

The inquest into Allitt’s crimes concluded that she was likely to be suffering from Munchausen syndrome by proxy (MSBP), a condition where mental illness leads the sufferer to fabricate illness in others – typically children.

Whatever the outcome of her trial, it will trigger at the very least the new Patient Safety Incident Response Framework (PSIRF) , which is replacing the current Serious Incident Framework for responding to patient safety incidents for the purpose of learning and improvement.

Too late for the families of the 22 victims in this case.

Gareth Bryon is a former Detective Chief Superintendent who worked as a senior officer in the South Wales Police and the British Transport Police, where he led major crime investigation and forensic science services for over 30 years