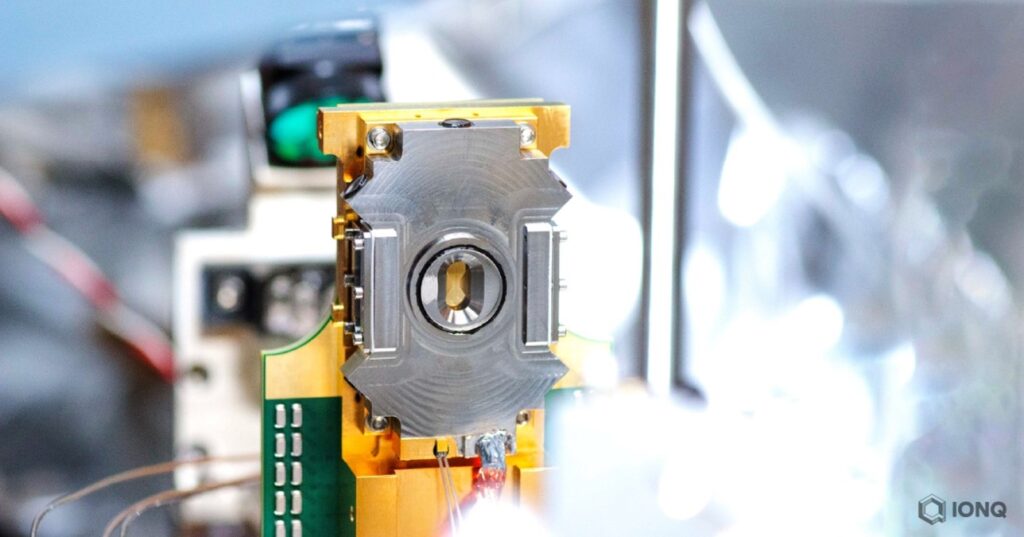 IonQ Inc., the quantum computing company that became the first in the industry to go public last year, said this week it has made a second system available on Microsoft Corp.’s Azure Quantum cloud platform, in a bid to bring the technology to a much wider audience.

The company said the Aria system is exclusively available on Azure Quantum, a cloud computing service operated by Microsoft that provides access to a range of third-party quantum computing tools and services. IonQ said Aria is its second system to go live on Azure Quantum, in addition to IonQ Harmony, which was launched in 2019.

Quantum Computing is a more advanced form of computing that employs computations that rely on the laws of quantum mechanics. They utilize so-called “qubits” that are guided by principles such as quantum superposition, interference and entanglement, enabling them to solve problems that are too complex for classical computers. IonQ is notable for having developed a quantum computing system that’s based on trapped ions, where the qubits are suspended in a vacuum and manipulated by laser beams. It’s a completely different setup to the superconducting qubits developed by other players in the industry, such as IBM Corp., Google LLC and Honeywell International Inc., which have to be operated at incredibly cold temperatures.

First unveiled in February, the Aria system was previously only accessible through a private beta program. IonQ said at the time it is “the most powerful” quantum computing system available according to industry standard application-focused benchmarks. By making the system available on Azure Quantum, IonQ said the technology is being more accessible and affordable for the research community.

“IonQ Aria joining IonQ Harmony on the Azure Quantum platform ensures that enterprise customers and research institutions have a choice when it comes to selecting which quantum system is best suited for their specific needs,” said IonQ President and Chief Executive Peter Chapman.

The company explained that customers can purchase monthly subscription access to Aria through the Azure Quantum platform. Along with access to the actual machine, they’ll also get consultation services and technical support.

IonQ said early access customers have already had a lot of success with Aria, using it to develop algorithms that can better mitigate risk in finance, improve image classification for autonomous vehicles and model chemical reactions as part of the development of electric vehicle batteries. The company said it is “over 130,000 times more computationally powerful” than the Harmony system, and that it had achieved a record “23 algorithmic qubits”.

This is the basis of IonQ’s claim that Aria is the most powerful quantum computing system currently available, but it’s noteworthy that many of its rivals have created systems powered by many more qubits. For instance, Rigetti & Co. Inc. last year announced it had created a multichip quantum processor powered by 80 qubits, while IBM’s latest quantum machine is said to be powered by 127 qubits.

However, IonQ says the term “algorithmic qubits” refers to a new metric for measuring quantum computer performance that represents the number of qubits that can actually be used to run a variety of “application-oriented” performance benchmarks that were established by the Quantum Economic Development Consortium.

For developers trying to understand which system is best, things can get confusing. For instance, IBM has developed its own benchmark, called CLOPS, which is said to measure how fast quantum processors can execute circuits that consist of coherent quantum operations.