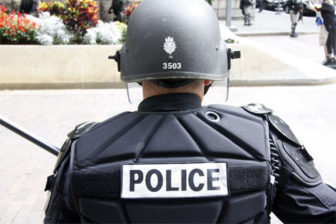 Insurers are forcing changes to police tactics and policies, mostly at small to medium-size departments throughout the nation, driving reforms that community activists, use-of-force victims and city officials have been unable to achieve, the Washington Post reports.

The changes come after increasingly large jury awards and settlements that cities and insurers must pay in police use-of-force cases, especially since the 2020 deaths of Breonna Taylor and George Floyd.

The cases led, respectively,  to settlements of $12 million and $27 million.

Larger departments like the New York and Los Angeles police agencies have special funds set aside that exclude them from external demands by insurers. But smaller departments don’t have similar cushions.

According to insurance industry and police experts, some departments with a history of civil rights violations saw insurance rates shoot up by 200 to 400 percent over the past three years.

Departments with fewer previous issues have seen rates increase around 30 percent to 100 percent, as insurers tell departments they must change their mode of policing.

One of the primary changes the insurers called for was fewer police pursuits.

In one St. Louis department, retooling took effect in January 2019, and the number of police pursuits has increased slightly.

Still, pursuit crashes dropped: from 25 in 2018 with eight injuries to 10 in 2021 with three injuries, according to data provided by the department. So far this year, the department says, there have been three crashes with no injuries.

The department adopted sticky darts equipped with GPS trackers as an alternative. While officers made dozens of arrests using GPS technology, overall arrests in the city have fallen more than 30 percent since the change.

The city’s Police Chief Aaron Jimenez blames officers’ inability to chase motorists for infractions for the decline in arrests.

But the issues have also hit taxpayers hard.

Across the country, allegations over police conduct are at the taxpayers’ expense: The Post investigation in March documented more than $3.2 billion spent over the past decade to resolve nearly 40,000 claims at 25 of the nation’s largest police and sheriff’s departments.

“I’ve been doing this for 40 years, and this represents a major shift,” said John Chino, a broker who secures insurance for cities and counties in six states.

“They are asking lots of very detailed questions. ‘Do they use chokeholds? What does their de-escalation training look like?’ If they aren’t doing something on the list, they are required to get it if they want coverage.”