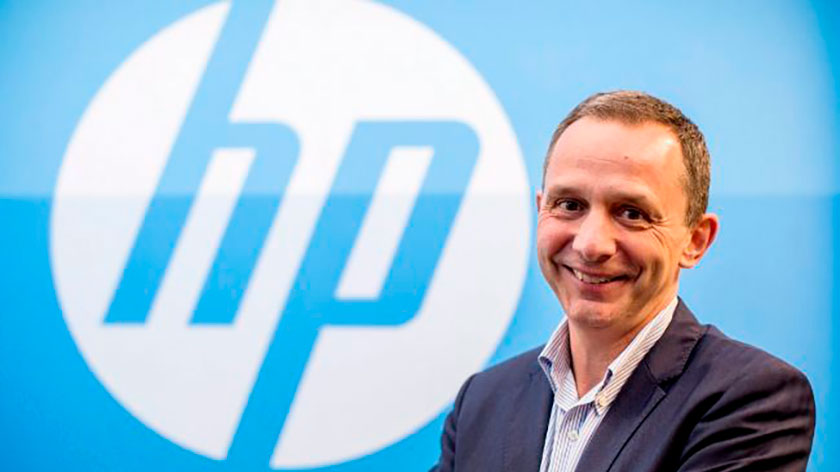 HP Inc. today announced plans to cut up to 10% of its global workforce as it struggles to deal with a massive slump in demand for personal computers that will likely continue well into the new year.

The cuts came after the company posted disappointing fiscal fourth-quarter earnings results and issued soft guidance for the coming quarter. The company, which is said to have around 61,000 employees globally, is planning to let between 4,000 and 6,000 go over the next few years. It’s part of a transformation plan aimed at realizing up to $1.4 billion in cost savings.

The plan will cost the company about $1 billion in upfront costs, but is necessary because of a “volatile macro environment and softening demand in the second half, with a slowdown on the commercial side,” said HP Chief Executive Enrique Lores (pictured) in a conference call today. “We think that at this point it’s prudent not to assume that the market will turn during 2023,” the CEO added.

According to Lores, roughly half of the $1 billion in restructuring costs will be realized within the next fiscal year. However, “the cuts are taking place over three years, not in the next few months,” he added.

The layoffs were announced in the wake of a fourth-quarter financial report that revealed an 11.2% drop in revenue, to $14.8 billion. HP also reported a slight net loss for the quarter, mainly from costs arising from a legal settlement. HP’s personal systems business, which accounts for sales of PCs and laptops, generated $10.3 billion in revenue, down 13% from a year earlier. Meanwhile, the company’s printer business added $4.5 billion, down 7%.

HP’s stock dropped more than 3% in after-hours trading in the wake of that report, before rallying after news of the layoffs was announced, rising about 1.7%.

Charles King of Pund-IT Inc. told SiliconANGLE that HP’s planned layoffs don’t really come as a surprise given that PCs make up the lion’s share of its business. He said the company deserves credit for stretching the layoffs out over a three-year period. “It means the process should proceed in a more sensible fashion, unlike the slash and burn terminations we’ve seen at Twitter during the past couple of weeks,” he said.

HP isn’t alone in predicting trouble for the PC market. Just yesterday, one of its main rivals, Dell Technologies Inc., said it too is bracing itself for a big drop in PC sales. That came after the company reported a 6% decline in its overall revenue and a 17% drop in its Client Solutions Group, which accounts for PC sales.

Dell said it believes PC sales will decline even more steeply in its fourth quarter and offered soft revenue guidance to reflect that. “We expect ongoing global macroeconomic factors, including slowing economic growth, inflation, rising interest rates and currency pressure to weigh on our customers and as a result, their IT spending intentions even as they continue to digitize their businesses,” Dell Chief Financial Executive Tom Sweet told analysts.

The news hasn’t come as a complete shock. The PC market is slowing down rapidly after it saw accelerating sales during the COVID-19 pandemic, when people were buying new machines to set themselves up for remote work and online learning.

Now that most people have a new computer and the economy is going down the pan, people are avoiding buying such big-ticket items. Three months ago, Dell executives warned they were dialing back their expectations on the PC market after analyst firms such as Gartner Inc. and International Data Corp. predicted that PC sales will likely see their worst decline in at least a decade.

“Looking at HP’s bigger picture, it’s difficult to view the company’s situation without considering just how deeply wrong-headed former CEO Meg Whitman and her leadership team were to split HP into two companies in 2015,” King said of the company’s prospects. “That was an act that left both organizations considerably less resilient than they had been together. If economic turmoil continues into 2023, I expect that lesson will continue to be clear in the quarters ahead.”

It’s not only PC makers that are suffering from the slump. Intel Corp. has recently announced a cost-cutting push of its own and is said to be considering divestitures. Meanwhile, its rival chipmaker Advanced Micro Devices Inc. this month offered a weak sales forecast based on softening demand.