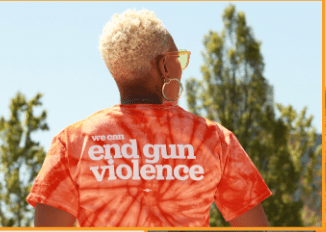 Felony drug distribution carried a maximum sentence of 30 years and a fine up to $500,000 when I practiced as a prosecutor in DC.

While many would associate this level of punishment with “drug kingpins” or kilos of cocaine or heroin, it is most often used to charge and punish individuals—many suffering from a substance use disorder—for transferring a small amount.

I saw this happen regularly throughout my 12 years as a prosecutor: a law passed under one stated objective is in practice applied differently, and harmfully—especially for Black and brown people.

Each lever inside the criminal legal system — policing, prosecution, jury, judge — creates an opportunity for racism and bias to infect the process.

And history shows that it does so consistently.

Which brings us to the recently passed gun legislation touted recently in Philadelphia by President Joe Biden.

The horrific mass shootings our nation keeps enduring are only the latest and most extreme examples of our gun violence epidemic. Congress and the Biden Administration responded with the first significant gun restrictions in at least 15 years.

What compelled this historic action? People don’t feel safe, across the nation.

But it’s important to look closely at the meaning of safety. There is no universal definition.

For Black, brown and marginalized communities, safety is not just the absence of violence. The presence of well-being, a belief that there is true opportunity to thrive and heal from trauma, is essential to safety.

So the question is does this new gun law make every community safer?

The answer is as complex as the nature of violence. The law does enact restrictions on access to deadly weapons, a long overdue development. And those restrictions have attracted the most public attention.

But the law also expands punishment for activities that have nothing to do with mass shootings. An unintended consequence of the law is that it could be used to target communities of color and exacerbate the harm that produced mass incarceration and hollowed out those communities.

If local and federal prosecutors don’t apply the law’s statutes precisely — within the spirit of the law — I believe that’s exactly what we will see.

Let’s look at the federal “felon in possession” statute. This was first passed in 1968. The statute allows state and local prosecutors to pass to federal prosecutors cases where someone convicted of a felony is in possession of an illegal gun.

The stated intent of this law was to regulate interstate gun shipments, a response to the assassinations of Dr. Martin Luther King Jr. and Robert F. Kennedy

In recent years, though, federal prosecutors have used it far more liberally in Black communities. Federal public defenders saw it in New York City, where Black people made up the majority of these prosecutions.

The same holds true for St. Louis, Washington DC, Baltimore, and other cities.

Our new gun law increases possible sentence length for “felon in possession” charges from 10 years to 15.

There are solutions that do, though.

A good job, affordable and decent housing, access to quality physical and mental health care, great schools and programs for kids and youth. This is how we build safety and well-being in Black, Brown, and marginalized communities, the same communities that suffer the brunt of our violence epidemic, which is why I applaud the resources dedicated to community violence intervention work.

Those resources will help community-based organizations address trauma and other drivers of violence.

There is enormous potential for this law to become a tool to punish certain people.

However, there is enormous potential for this law to become a tool for federal prosecutors to punish certain people for state and local conduct.

The harm and trauma of incarceration will renew once again. We have been through this before and we know how the story unfolds.

The tools in the new gun law could also ensnare many Black people only loosely connected to a crime in some of the harshest punishment, including exposure to the death penalty and mandatory life sentences.

The U.S. Department of Justice can minimize some of that harm by being transparent about how it intends to apply this law. Attorney General Merrick Garland should ensure that prosecutors will not use this expanded toolkit of penalties and prosecution to target poor Black people for status offenses.

He should issue a clear directive instructing prosecutors to pursue federal prosecutions of what would otherwise be state crimes only when there is a significant federal interest in doing so.

We must address the gun violence epidemic. 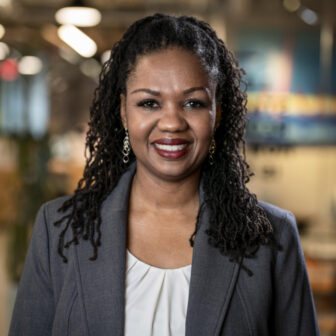 The president and Congress have taken a vital step with their actions, but we must balance our approach with solutions that address the root causes of violence.

Only then will we begin to repair the disproportionate ways that our criminal legal system has harmed so many communities through the relentless force of punishment.

Jamila Hodge, a former Assistant U.S. Attorney, is the executive director of Equal Justice USA, a national organization transforming the justice system through community-based responses to violence that save lives and heal communities.