Alphabet’s Google has been selling smartphones under its own brand for a dozen years, but its failure to break through into mainstream consciousness has been so total that its latest ads start by asking, “did you know Google makes a phone?”

The company best known for its online services is trying once again with the seventh generation of its Pixel smartphones — but this time it’s making a serious ecosystem play by adding a smartwatch and “introducing a true portfolio of Pixel products for the first time,” in the words of senior vice president and hardware chief Rick Osterloh.

The Android-powered Pixel 7 and 7 Pro are joined by the Pixel Watch, running WearOS, and the Google Pixel Buds Pro to create a cohesive set of devices that work best in concert — much in the same fashion as Apple Inc. reinforces its iPhone’s appeal by adding AirPods and Apple Watch accessories that work best with it. It’s the closest any company in the Android sphere has come to emulating Apple to date, including Samsung Electronics Co., which has been trying for years.

“The Watch and the Pixel offers the best Apple-like multi-device ecosystem with a pure Google services experience,” said mobile industry analyst Carolina Milanesi. “Samsung’s Galaxy Watch and devices like the Fitbit Versa are okay, but not quite the same value add of using a Pixel phone and watch.”

Mountain View, California-based Google completed its acquisition of fitness-tracking firm Fitbit in January 2021 and that deal has fed much of the most valuable functionality of its new Pixel Watch. It replicates almost the full Fitbit health-tracking experience — the Watch lacks temperature sensing and blood oxygen measurements — and benefits from over 20 billion nights of sleep analysis data in the Fitbit library. 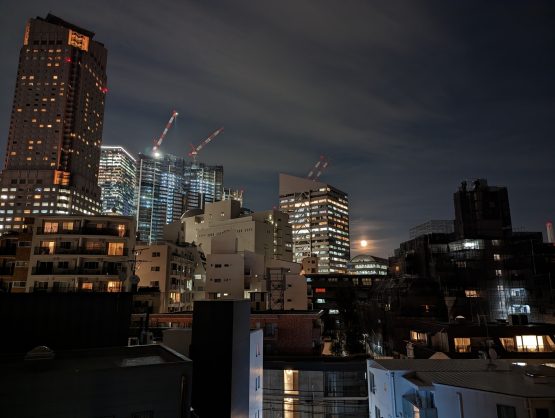 Through experience, Apple has made its Watch into a health gadget which doubles as a convenient tool for contactless paying and has a glanceable display of useful info. Google has done the same: the Pixel Watch is a Fitbit in all but name and design — it’s more handsome and feels premium in a way no Fitbit wearable has done to date — and it layers on Google Pay and an on-board app store for extra functionality like Google Maps, weather, voice messaging and music controls.

“This is very much an ecosystem play, possibly a more cohesive one with Google Assistant at the heart of it, which is consistently better than Siri at most things,” said Anshel Sag, mobile industry analyst at Moor Insights & Strategy. “It’s also a broader and more tightly integrated ecosystem since Apple doesn’t have much of a first-party smart home play like Google does with Nest.” The Pixel 7 and 7 Pro lean heavily into Google’s traditional strength of features enriched with artificial intelligence. Google’s Recorder app is now smarter and can label different speakers during a transcription. Its cameras, which use machine learning and other AI techniques to combine several frames into one higher-quality image, have been meaningfully upgraded. Google’s lead over the contemporary iPhone generation’s image quality is as large as it’s ever been.

Chinese Android partners like Xiaomi Corp., Oppo and Vivo have no chance of penetrating the key US market, whereas Samsung has largely focused on promoting its foldable devices into a mainstream category, leaving Google to pick up the slack in competing directly against the iPhone in the domestic market. Google, the author of Android, has made its operating system as smooth and responsive as Apple’s and reduced gaps in design and quality.

Like Apple, Google is now powering its devices with its custom-designed chip, the Tensor G2. It yields extremely quick camera performance and fluid animations and responsiveness while extending the device’s battery life. It’s the most complete and cohesive smartphone Google has put on the market, coming 12 years after the Nexus One released in partnership with HTC Corp. The one thing Google still needs to fix, however, is the relatively narrow distribution, which has contributed to paltry sales numbers.

Google’s new smartphones are available in 17 markets, including France, Germany, some of the Nordics and the UK in Europe alongside Japan, India, Singapore and Taiwan in Asia. It’s a markedly smaller audience than Apple and Samsung’s globe-spanning device portfolios enjoy.

“Now more than ever, Android needs Pixel to do bigger volumes so they are not solely dependent on Samsung, especially in the high end,” Milanesi said. “With Chinese vendors still limited internationally and likely to be even more so because of US government decisions, they need alternatives.” Google has spared little expense in marketing its Pixel products: they’re title sponsors during NBA Finals games and have featured superstars Kevin Durant, Giannis Antetokounmpo and Stephen Curry in advertising spots at home. The company also rolled out aggressive trade-in campaigns in various countries during the pre-order period for its phones, which start at $599, including bundling the $349 Pixel Watch for free with the $899 Pixel 7 Pro in France.

Another area where Google lags behind Apple is in its mastery of the supply chain: several of the Pixel 7 and Pro variants are already unavailable, with customers pointed to waiting lists across Google’s French, UK and Japanese online stores. Considering the critical importance of launch-window sales for any smartphone, this failure to secure enough units to fulfil initial demand may significantly impact Google’s final tally.

The Pixel 7 generation of devices, augmented with the Pixel Buds Pro and Pixel Watch, is Google’s best attempt at emulating Apple to date. But there’s still a long way for the proprietor of YouTube, Gmail, Chrome and a handful of other billion-user services to go before it can hold its hardware division up alongside its core software business.