Google LLC unveiled its newest lineup of Pixel phones today with the Pixel 7 and Pixel 7 Pro along with the Pixel Watch, the company’s first smartwatch, and a new smartphone processor that will power the new phones.

The announcement was made during the “Made By Google” launch event, revealing the new processor as the Tensor G2, a successor to the Tensor G1 powering the Pixel 6 and Pixel 6 Pro introduced in 2021.

The search giant also previewed a new tablet, the Pixel Tablet, powered by the new processor, that will ship in 2023. 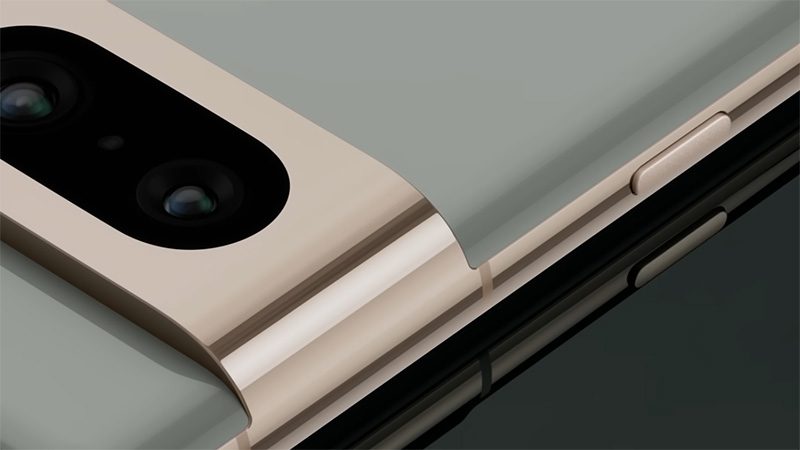 The Pixel 7 and Pixel 7 Pro

From the outside, the Pixel 7 series looks remarkably similar to the Pixel 6, retaining the familiar design of the camera bar on the back and the sleek rounded design. The Pixel 7 sports a 6.3-inch screen, with a 2400 x 1080 pixel display, and the Pixel 7 Pro has a larger screen coming in at 6.7 inches. According to Google, the screen has a 20% higher peak brightness, making it easier to see in brightly lit conditions.

Using the power of the Tensor G2 chip, Pixel 7 phones will be capable of a number of different machine-learning features. The new chip, built on a four-nanometer manufacturing process, is an upgrade to the previous Tensor G1, which includes a Tensor Processing Unit for machine learning and a Titan M2 security co-processor.

With the power of the Tensor chip, photography will get better for users. For example, low-light photos now will have less blur and better image quality. With the combined main camera and the ultrawide camera, faces will appear sharper. Also, older photos, even those taken on other phones, can be unblurred or have Magic Eraser applied to them to remove distracting elements from scenes such as other people on a beach.

Other features that Google added to the phone include Pixel’s Direct My Call, allowing users to navigate automated voice menus at businesses on their smartphone touchscreen. According to Google, the company has cached the responses of more than a thousand top businesses in the United States, so the Pixel 7 can provide the service immediately.

The digital voice assistant can also provide more rapid text transcription when texting as well for generating emojis and will also transcribe voice messages sent by other people, making it easier to understand them. The Google Recorder app has also been upgraded so that it can recognize and label speakers for audio transcripts.

Pixel Watch is Google’s first foray into the smartwatch market and it’s designed to look similar to all the other Pixel products. It is a completely spherical 41-millimeter case, with a domed scratch-resistant Gorilla Glass 5 crystal. The case can attach to a number of different watch bands so it can fit various styles.

The device features a 320 pixels-per-inch always-on display, Google says it sports 1,000 nits of brightness, which should make it highly visible outdoors. The battery should last about 24 hours and it should be able to recharge at least 50% after 30 minutes on its magnetic charging plate. It’s also possible to charge the device with a USB-C cable.

The watch is built with an Exynos 9110 central processing unit paired with a Cortex M33 co-processor, 32 gigabytes of storage and 2 gigabytes of RAM, more than enough for a wearable. The device runs Wear OS 3.5.

Google spent a great deal of time talking up Fitbit integration regarding health and wellness, especially work done on heartbeat detection and the device’s many health-related features. Google talked about how it used machine learning and upgraded sensors on the device to better detect heart rate from a person’s wrist in order to give the best indicators of overall health to improve accuracy and integrated that into health apps such as activity, exercise and sleep.

The watch is available in “Matte Black,” “Polished Silver” and “Champagne Gold” stainless steel colors and it’s designed so that it can be swapped out with numerous different watch bands. The bands themselves are fastened with a specialized locking system designed to make them easy to attach and remove without getting in the way. The fasteners were inspired by the way lenses are twisted onto camera bodies.

There are two Pixel Watches available, one that is Bluetooth/Wi-Fi only and an LTE-enabled version that’s compatible with Google Fi. The Bluetooth Pixel Watch is available for preorder today for $350 and the LTE version runs $400. Both will ship on Oct. 13. 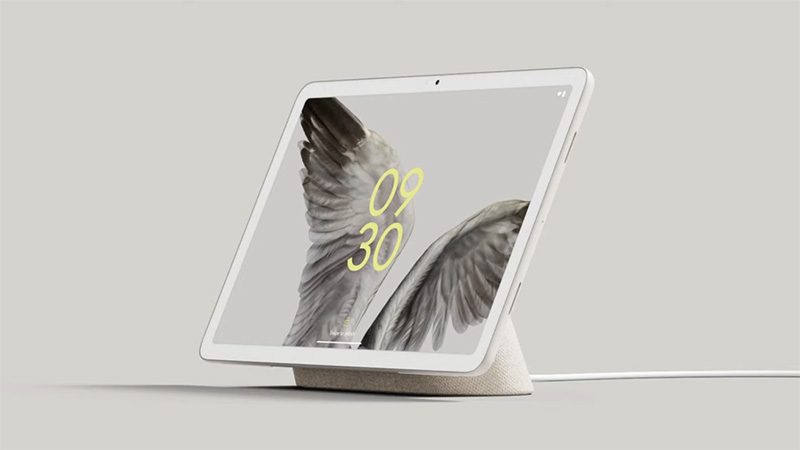 Pixel Tablet with a speaker charging base

Google also unveiled its upcoming Pixel Tablet, the expected successor to the Pixel Slate, which will be shipping sometime in 2023, alongside a charging dock that serves a dual purpose as a speaker. The objective of the dual-purpose for the dock is to give the tablet a new purpose in the home so it doesn’t get shuffled away in a drawer or forgotten on the couch when not in use, said Google Vice President of Product Management Rose Yao.

The new device is part of Google’s lineup of “large screen” Android devices that will take advantage of the OS’ new capabilities for that canvas. It will also be powered by the new Tensor G2 chip that’s in the Pixel 7 phones.

Although the company did not go into any specs about the device, Google did show off what it will look like. Like any tablet, it has a wide, broad screen with a thick border and wide bezels with curved edges and an outward-facing camera in one corner.

The charging dock, which doubles as a speaker, looks like a cylinder with its top shaved off at an angle. The tablet can be set on it, allowing it to be propped up and looked at like a screen, so people can set it up in the kitchen and read recipes or watch movies while getting other work done.

The company added that since the base acts as a charger, its magnets are fine-tuned to make it easy to place and remove the tablet with ease. Although it didn’t go into much detail about the tablet or the charging base, Google added that the dock will offer enhanced audio and hands-free help for the Google Assistant.