Google LLC today announced the release of Flutter 3.3, the company’s multiplatform user interface app development framework that is expanding support for even more specifications as the team is focusing on replacing its graphics engine.

This release follows up on the latest milestone of Flutter 3 in May, which expanded access for the framework support to macOS and Linux desktops, making it available on six platforms. With Flutter, developers can build one UI for their app that will run and look the same across multiple devices.

It allows developers to rapidly create stunning user interfaces and now includes enhanced support for Material 3 specifications on Android, plus new features aimed at tablets and desktops including handwriting support for tablets.

Flutter’s growth has increased since the release of Flutter 3. There are now more than 25,000 Flutter packages available for developers to choose from and the developers using them continue to publish more than 1,000 new apps to the Apple App and Google Play stores every day.

The team has been hard at work improving Impeller, Flutter’s new and improved graphics engine. It is a significant rewrite of the core rendering layer that currently underlies all of Flutter’s display capabilities. Once it is code-complete, Impeller will replace the previous Skia code with custom code that’s capable of taking full advantage of new chipsets and hardware-accelerated application programming interfaces such as Metal on iOS and Vulkan on Android.

Impeller provides predictable performance across all devices where all graphics compilation happens during build time and not while applications are running and caching is explicit. That reduces what is known as “jank” in apps today, when what should be smooth scrolling suddenly jumps or stutters.

As a result, Impeller should be able to provide a smooth, almost solid 60 Hertz refresh rate for most apps on mobile, which will be overkill for most productivity experiences and a must-have for any game.

Although Impeller is not feature complete yet and still optimizing performance, it is available to developers interested in testing it out themselves. Early adopters can try it out right now on iOS without any code changes, other than enabling it with a flag. More information on Impeller’s architecture and how to enable it is available on the developer wiki.

This new release also included Dart 2.18, a programming language for developing powerful apps, that includes the ability to call functions and libraries written in Swift or Objective-C, which are common languages for iOS and Android apps. 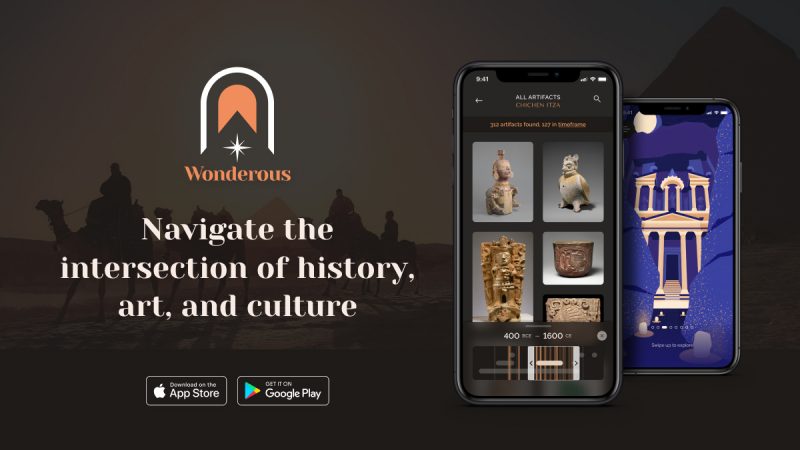 As for showcasing everything in the new and improved Flutter 3.3 with Impeller, the Flutter team has partnered with a design team at gskinner to release a new app to showcase all of the new improvements in Flutter and Impeller.

The app, called Wonderous, allows users to navigate through a splendidly designed UI and also provides an example of a wide variety of visual techniques and best practices with the hopes of inspiring developers. It will include visuals from the Taj Mahal in the Indian city of Agra to the Mayan ruins of Chichén Itzá on the Yucatán peninsula of Mexico, the idea is to provide a portal into history, art and culture with an eye for design and compilation.

Over the coming weeks, gskinner will share more detailed technical articles about making the app, including animation techniques and how Flutter was used to produce to make the app more accessible and performant.