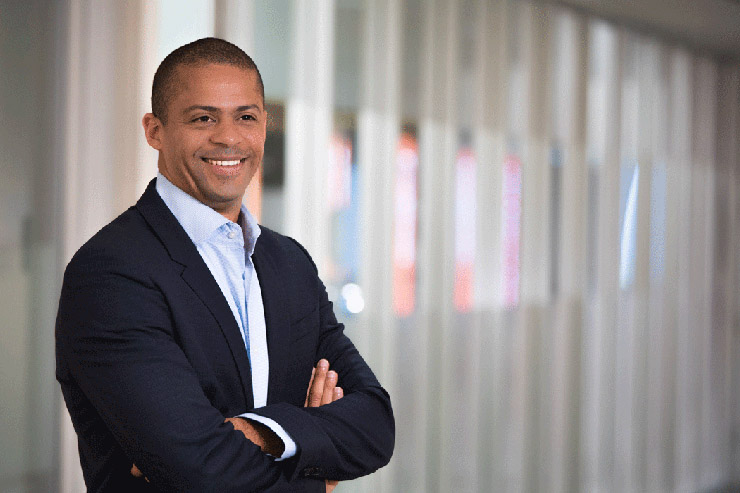 The company’s net profit for the quarter fell from last year, totaling $72.4 million, down from the $93.5 million profit it recorded a year ago. Earnings before certain costs such as stock compensation came to $2.47 per share, beating Wall Street’s target of $2.33 per share. However, F5’s revenue grew by just 2% from a year earlier, to $700.3 million, in line with Wall Street’s forecast.

Investors were clearly disappointed with the news, as F5’s stock fell more than 4% in after-hours trading, adding to a slight decline earlier in the day.

In his comments, F5 President and Chief Executive François Locoh-Donou (pictured) seemed to recognize the disappointment, saying that the company’s customers are focused on minimizing their spend and optimizing their existing investments. “We are enabling our customers to deliver the dynamic digital experiences that drive their businesses,” he said. “At the same time, we are helping them consolidate solutions and use fewer resources to manage and secure their hybrid and multicloud applications.”

F5 is considered to be a leading player in the network security and traffic management industry, primarily serving large enterprises and medium-sized businesses. As well as selling networking gear, it also provides software and services as part of an ongoing effort to move beyond its traditional hardware sales-based business model. The move into software and services is appropriate, because F5’s revenue from hardware related sales stayed flat on a year-over-year basis, while services revenue rose by 2%.

The company is looking to expand its services business too. Alongside its financial results, it announced that it has struck a deal to acquire a small, Silicon Valley startup called Lilac Cloud Inc. for an undisclosed price. Lilac Cloud is described as a provider of “innovative application delivery services,” and F5 revealed that it currently uses the startup’s content delivery network technology to power its F5 Distributed Cloud Services. The acquisition is expected to close during the next three months.

Although the addition of Lilac Cloud is not expected to have any major impact on F5’s revenue numbers, Locoh-Donou said he was confident that the company will grow its sales by about 9% to 11% by the end of fiscal 2023.

The CEO said the company aims to maintain double-digit adjusted earnings growth this year and on an annual basis.“We will continue to evaluate our cost base and take further action as needed to achieve this goal,” he said.

If Locoh-Donou is to make good on that promise, F5 will need to deliver a strong finish to the year because its forecast for the second quarter was somewhat less encouraging. The company offered earnings guidance of between $2.36 and $2.48 per share, below Wall Street’s forecast of $2.50 per share. In terms of revenue, F5 forecast a range of $690 million to $710 million, the midpoint of which comes in lower than analysts’ $705.7 million consensus estimate.

Analyst Holger Mueller of Constellation Research Inc. told SiliconANGLE that F5’s results demonstrate that the economic slowdown is impacting every part of the technology stack, including those providing the networking capabilities that drive digital transformation.

“F5 still managed to eke out a profit, but its costs have risen slowly too,” Mueller said. “Investors probably don’t appreciate those costs rising without increased profitability, especially as F5’s R&D spending stayed flat. However, there’s hope that vertical integration with the Lilac Cloud acquisition can drive some of those expenses down. All eyes are on the next quarter to see how F5 can weather the storm.”