The new year began with an American tragedy: A 6-year old boy pulled out a gun in the middle of class, pointed it at his first grade teacher, Abigail Zwerner, and pulled the trigger, shooting her in the chest and causing life threatening injuries.

As the nation processes the shock over the young age of this shooter, we have now learned that the boy brought the gun from home. Once again, there will be calls for our leaders to do something to stop the epidemic of gun violence, and once again those who oppose gun control will claim that guns are not the problem, the people are. But this flawed logic ignores the outsized role that the mere presence of guns can have, turning a normally non-lethal situation into a deadly one.

The primary reason people own a gun is for protection, according to Pew Research Center data. Frightening stories of violent crimes and late-night home invasions fill our imaginations, making these exceedingly rare events seem more likely, and can motivate even a pacifist to buy a gun “just in case.”

But a gun often offers the opposite of protection.

When we bring a gun into our home, we dramatically increase the probability that we, a member of our family, or someone close to them will be seriously injured or killed by a gun. Taking gun safety classes is not enough. The main causes of gun related deaths are not the mishandling of firearms, but the mismanagement of emotions when people are around firearms.

Powerful emotions like anger, fear, grief, or depression override rational thinking and can make a person act impulsively. When guns are readily available, they become “easy solutions” to immediate problems.

Furthermore, if you have children, a gun in the home endangers them, their friends, classmates and teachers. Firearm deaths have now surpassed vehicle accidents as the leading cause of death among children and adolescents.

No matter how carefully parents explain the dangers of guns and the permanence of death, and no matter how convincingly a child assures their parents they understand these things, we’ve seen time and again that some children simply do not. They are children. They have not lived long enough to fully grasp abstract concepts like consequences and permanence. Children are curious, and to a child a gun can look like a toy.

Another factor in gun-related deaths of children and adults is domestic violence. According to the John Hopkins Center for Gun Violence, the likelihood of murder in domestic violence situations increases 500 percent if one or more persons involved has access to a gun.

This tendency to solve non-deadly problems with deadly force extends beyond the home. Any argument or offense can quickly turn deadly when the offended person has a gun. Arguments that would normally result in shouting a few insults or simply ignoring the person and walking away are more likely to become lethal when shooting a person becomes an option. People have been shot and killed over such offenses as texting in a movie theater, playing music too loud, unfriending someone on social media, stepping on someone’s shoes or cracking a joke.

If you are Black or Brown, this list also includes jogging, getting in or out of your car or home, shopping or asking for help in a crisis. In the case of school or workplace spree shooters, mass murder is often their answer to experiences of bullying, social rejection or outrage over unachieved financial or social expectations.

It is true that in all these instances, real human problems are involved: suicidal ideation; domestic violence; kids playing with their parents’ belongings; fear stemming from racial bias; social rejection; outrage over unfulfilled entitlements, and so on.

It is also true that in each of these instances, people can learn coping mechanisms without resorting to murder. However, when people have access to a gun, these same human problems become deadlier. It is naïve to say that these are people problems, not gun problems, when the deadliness of these problems dramatically hinges on the presence or absence of guns.

It is time we end the dangerous myth that guns make us safer.

The link between gun ownership and gun-related violence should be treated as the public health crisis that it is. Just as we did with automobile safety and smoking, widespread public health initiatives investing in research, evidence-based prevention and intervention programs, and education campaigns warning people of the dangers of owning a firearm should be commonplace and mainstream. 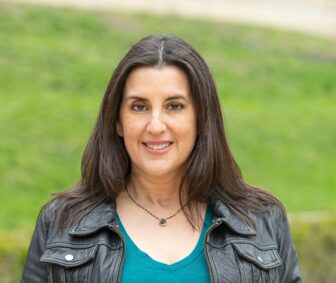 It should be taught in schools, discussed in doctors’ offices, and distributed widely in public health announcements. People need to understand the biggest threat of gun-related violence to their family and themselves is the very gun they bring home for protection.

Christine Reyna is a professor of psychology at DePaul University and a Public Voices Fellow with the OpEd Project.