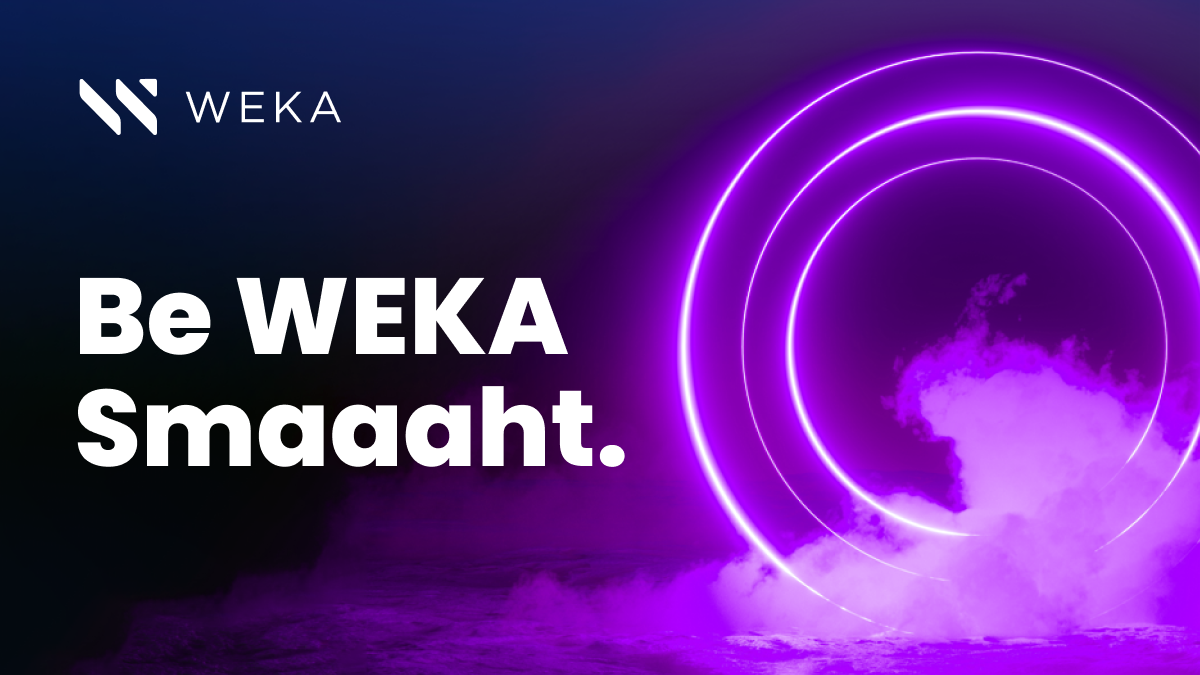 Big-data platform provider WekaIO Inc. said today it has closed on a hefty $135 million late-stage funding round led by Generation Investment Management, doubling its valuation in the process.

WekaIO has attracted so much interest and money because it has created a popular file system platform, which is designed to speed up workloads such as machine learning models and data analytics applications that process vast amounts of information.

The Weka Data Platform can be thought of as a software abstraction layer that can transform flash drives inside a cluster of on-premises servers or a public cloud infrastructure environment into a unified storage pool. It manages all the logistics involved in enabling applications to retrieve records and store newly generated data. What sets Weka Data Platform apart from other file systems that provide similar features is the speed at which it processes large volumes of information.

According to WekaIO, the software can be used to build storage environments with capacity to hold trillions of individual files and perform tens of millions of data operations every second. This speed is thanks to WeakIO’s unusual design choices.

Weka Data Platform is built to run on Linux servers, but it also installs its own custom real-time operating system to speed up processing. Low-level tasks such as transmitting input and output instructions to a machine’s flash drives are likewise handled by specially developed software components inside.

Beyond its high speeds, the platform provides management features to help with day-to-day operations. Administrators can spread out their companies’ data across multiple locations to protect against outages, create backups and offload infrequently accessed information to cheaper storage hardware in order to free up resources.

In an October 2021 interview on theCUBE, SiliconANGLE’s mobile livestreaming studio, WekaIO Chief Technology Officer Shimon Ben-David explained that the company was founded by a cohort of storage experts who combined their knowledge to build a scalable, fast storage solution aimed at simplifying managing data in a hybrid environment.

“We wanted to take the best of all worlds and put that into one storage solution,” Ben-David said. “We are fully software-defined, parallel file system, cloud native. We baked all of that into the product from day one.”

WekaIO said today’s round came on the heels of unprecedented growth and expansion. In September, for example, it closed on a record third quarter that far exceeded its performance throughout the entirety of fiscal 2021. It highlighted a 255% net dollar retention rate, along with a 250% attainment against its third-quarter financial plan, a 635% increase in total contract value, a 225% increase in annualized revenue run rate, as well as significant expansion of its platform in the Asia Pacific region and beyond.

WeakIO has been recognized in other ways too. Last month, the company was named as a Visionary for the second year in a row in Gartner Inc.’s Magic Quadrant for Distributed Files Systems and Object Storage. And last year, it was named as “Data Storage Company of the Year” in the 2021 Data Breakthrough Awards.

“Data matters and those startups who can provide cross-device deployment options are going to do well,” said Holger Mueller of Constellation Research Inc. “Today its WekaIO’s turn to receive a nice dose of Series D funding from an impressive range of ecosystem players and investors. It shows there is room for innovation beyond the large cloud vendors, as enterprises want a way to keep their data agnostic of whatever cloud platforms they’re using.”

WeakIO co-founder and Chief Executive Liran Zvibel said the company was founded in 2013 with the bold vision of creating a fundamentally new approach to managing and storing data.

WeakIO President Jonathan Martin said the need to unleash the potential of next-generation workloads has never been greater. “Weka is winning the trust of leading global enterprises and research organizations because our platform can solve their data challenges without trade-offs and be an impact accelerator for their creativity and vision,” he said.

Looking ahead, WekaIO said the funding will be used to expand the feature set of its platform and create new cloud integrations, while adding support for new use cases. The company is also aiming to reach profitability, and said it will achieve that by accelerating its global expansion and rapidly scaling up its cloud, customer success, sales, marketing, operations and human resources teams.