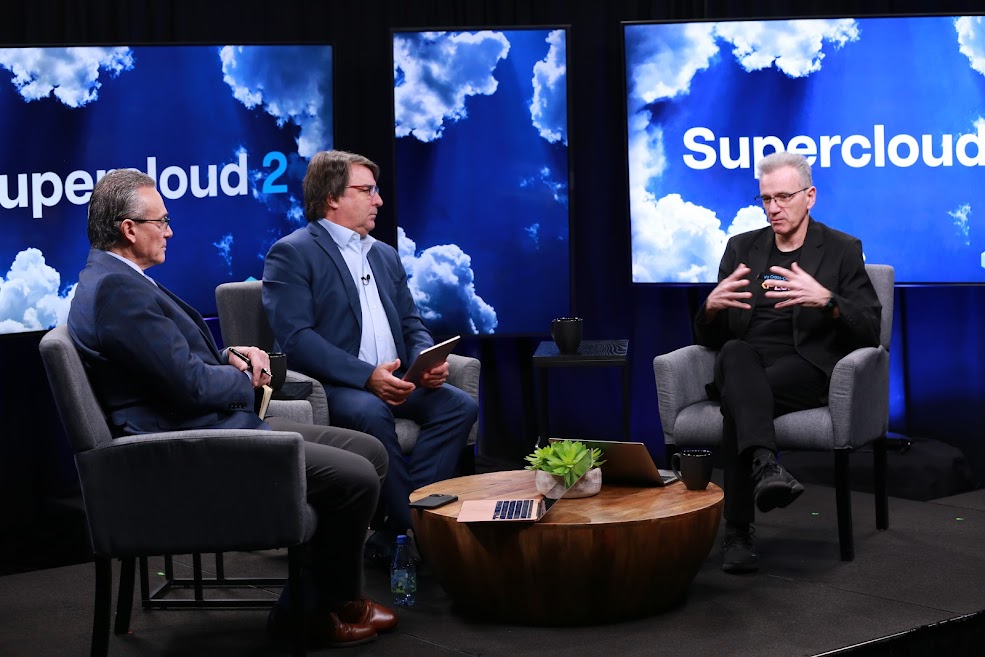 While the rise of supercloud has engendered debate over its meaning and impact within the IT industry, major technology players, such as VMware Inc., are keeping a close eye on those who drive key work in the enterprise.

Viarengo’s interest in developers underscores the dynamics of an industry driven by those who build tools for the modern infrastructure. This point that was echoed by Furrier in the opening of theCUBE’s broadcast.

“You are starting to see the builders, global enterprises are adopting this building mentality with cloud-native,” Furrier said. “The builders’ movement is going to be big to watch. What gets built on top of the cloud will have significant market value.”

Part of this value is based on the need for an abstraction layer to manage the challenges created for enterprise IT customers who must manage data in multiple cloud environments. This in turn has fueled interest in building cross-cloud services or superclouds on top of hyperscaler platforms.

“Customers are in a state of cloud chaos,” Viarengo said. “They have to train employees across multiple stacks and the costs are only going up. We believe that we need to create a new level of abstraction in the cloud.”

Viarengo noted that cloud customers have aligned into three distinct categories. There are those “in denial” who claim to have everything in only one cloud and a second group with the resources to build their own cross-cloud services. The third category encompasses customers seeking solutions from independent software vendors such as Snowflake, Hashicorp or VMware.

“The market is forming around multicloud services,” Viarengo said. “Our approach is to bring services together to simplify things further.”

VMware’s vision for cross-cloud services began with extending vSphere to address multiple cloud needs, according to Viarengo. It has since expanded with the introduction of Tanzu for multicloud Kubernetes applications and Aria for multicloud governance.

“We realized that customers were already in the cloud natively,” Viarengo said. “We needed to go and help customers where they are in the native cloud.”

Part of the challenge for customers in the multicloud world is sometimes they are not exactly sure where they are. VMware has built observability tools into Tanzu and Aria to address this issue.

“The foundational layer is observability,” Viarengo said. “Observability is the bar to entry.”

VMware’s ongoing interest in cross-cloud services highlights the focus on multicloud’s impact across the enterprise. While there will likely be continued discussion over whether this results in a supercloud for some vendors, the importance of data and the structure that surrounds it remains the same.

“The community has been refining the definition of supercloud,” Vellante said. “This is just getting started. The data is where the money is across the clouds.”