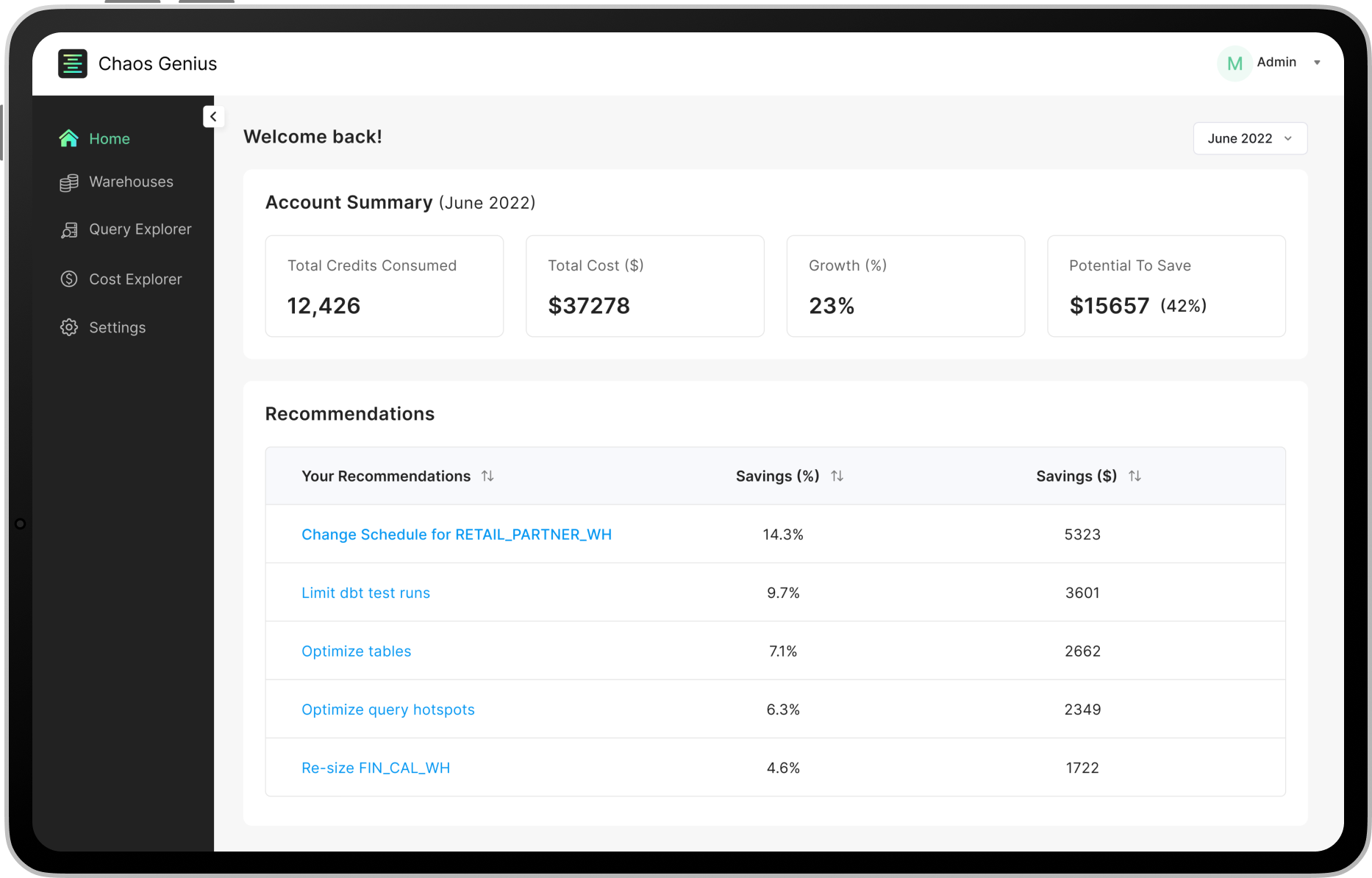 DataOps observability startup Chaos Genius is looking to expand after closing on a $3.3 million seed funding round led by Elevation Capital.

Data warehouses provide a convenient place for teams to collect all of their data in one place, making it easier to analyze. However, cloud data warehouse services can often cost thousands of dollars a month, so there’s an urgent need to optimize their use. That’s what Chaos Genius does, taking the burden off of data teams with its Snowflake observability and cost optimization tools.

The company’s patent-pending technology uses query patterns to analyze Snowflake workloads with millions of queries. The platform works by identifying the most inefficient queries within workloads. Then it offers intelligent recommendations that boost their efficiency to improve cost effectiveness. By providing instant visibility into an organization’s Snowflake footprint and optimizing workloads to improve query performance, Chaos Genius says, it can help to reduce their associated expenses by up to 30%.

Chaos Genius took pains to stress that this figure is not a random number plucked from the air. It cites a McKinsey report from earlier this year that shows how organizations can save between 15% and 35% of their data spend by optimizing their data sources, infrastructure, governance and consumption.

The other benefit of Chaos Genius is that it saves time spent by data engineers trying to analyze database workloads in an effort to diagnose cost spikes. Traditionally, such tasks have always been performed manually, the startup said. The company said its platform is currently available in beta and is being tested by a number of Snowflake customers with more than $1 million in annual spend.

Chaos Genius co-founder and Chief Executive Preeti Shrimal said his company’s tools are all the more valuable at a time when companies are pushing to make cutbacks due to the economic downturn. “With a unique set of features, like analyzing query patterns, finding unused data and intelligent recommendations, our product makes a massive impact on how data teams use their warehouses and saves up to 30% in data costs for our customers,” he said.

The funds from today’s round will be used to launch the Chaos Genius platform into general availability later this year. In addition, the company is looking to expand its tools to cover other popular data warehouses and data lakehouses, such as Databricks, Google BigQuery and Amazon Redshift.