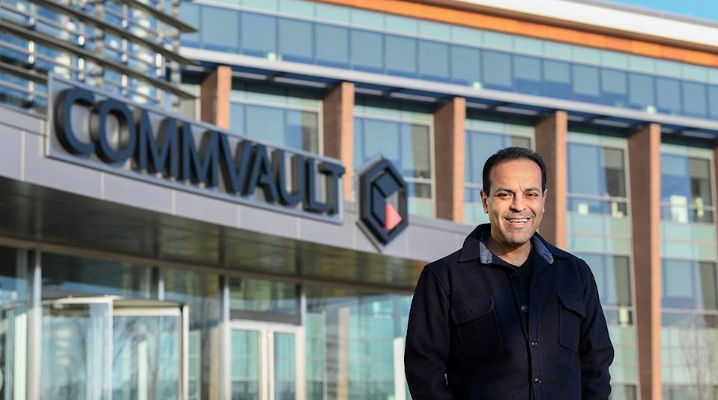 Nasdaq-listed Commvault makes software that enables enterprises to back up their business data, recover it in the event of an outage, and block ransomware attacks. The company also operates in a number of adjacent markets.

Commvault’s revenue grew 6%, to $188.1 million, in the second quarter of its 2023 fiscal year, or about 1% more than what analysts polled for the Zacks Consensus Estimate had forecast. On a constant currency basis, sales grew 12% year-over-year.

Commvault’s sales increase was driven to a large extent by its software and products revenue segment. It includes many of the company’s core data protection products as well as HyperX, an on-premises appliance that companies use to store backup copies of business data. HyperX can detect ransomware attacks and provides immutability features, which make it impossible for hackers to modify or delete data.

Commvault’s software and product sales grew at a faster rate than its overall revenue, increasing 10% year-over-year during the second quarter. The segment accounted for $82.8 million in revenue during the quarter.

According to Commvault, the primary factor behind the segment’s growth was an increase in deals worth more than $100,000. Commvault signed 173 such contracts in the second quarter, up from 163 a year earlier. Average deal value increased 11% in the same time frame, to $346,000.

Commvault’s other major revenue source is its services segment, which includes its Metallic series of software-as-a-service data protection applications. The Metallic series launched in 2019 with a focus on midsized companies. Since then, it has also been adopted by other organizations including government agencies.

Commvault’s Metallic series of data protection services generated $105.2 million in revenue during the second quarter, or 3% more than a year earlier. During the quarter, Commvault expanded the product line by rolling out a ransomware detection tool called Metallic ThreatWise. The tool spots cyberattacks by creating files that mimic a company’s technology assets and detecting when hackers attempt to access those files.

Commvault ended the second quarter with adjusted earnings of $26 million or 57 cents per share, above the 50 cents per share analysts polled by Zacks had anticipated. The company’s net income, in turn, more than doubled year-over-year from $1.7 million a year earlier to $4.5 million.