The University of Colorado cross country team is feeling the holiday joy this season as a pair of future Buffaloes won the 43rd Champs Sports Cross Country National Championships on Saturday.

Both used their experience running this course last year, at which time it was called the Eastbay championships, to their advantage on this run.

“It’s tough to come out here without any knowledge of it because there are some places where you can make some mistakes. To have that first year, to come out here and race at the highest level, and to learn from my mistakes made last year was definitely a big advantage coming in,” Mathison said. 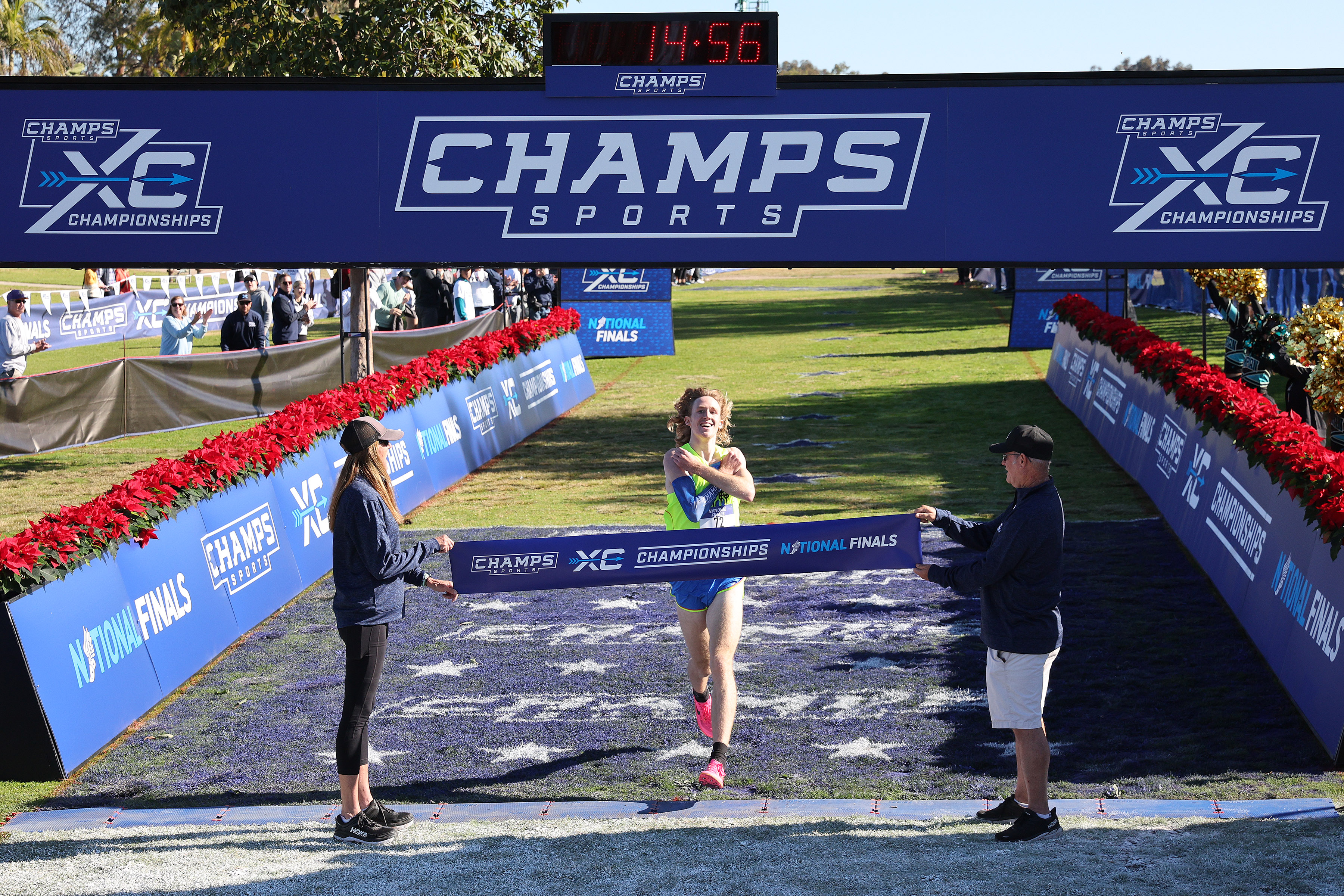 Mathison said he started his run last year too fast and used too much energy, causing him to slow down on the second loop. He finished in fifth place.

Baloga, who finished in fourth last year, said that in addition to knowing the course layout, the experience helped her deal with the time difference between New York and San Diego and eat better coming into the event. 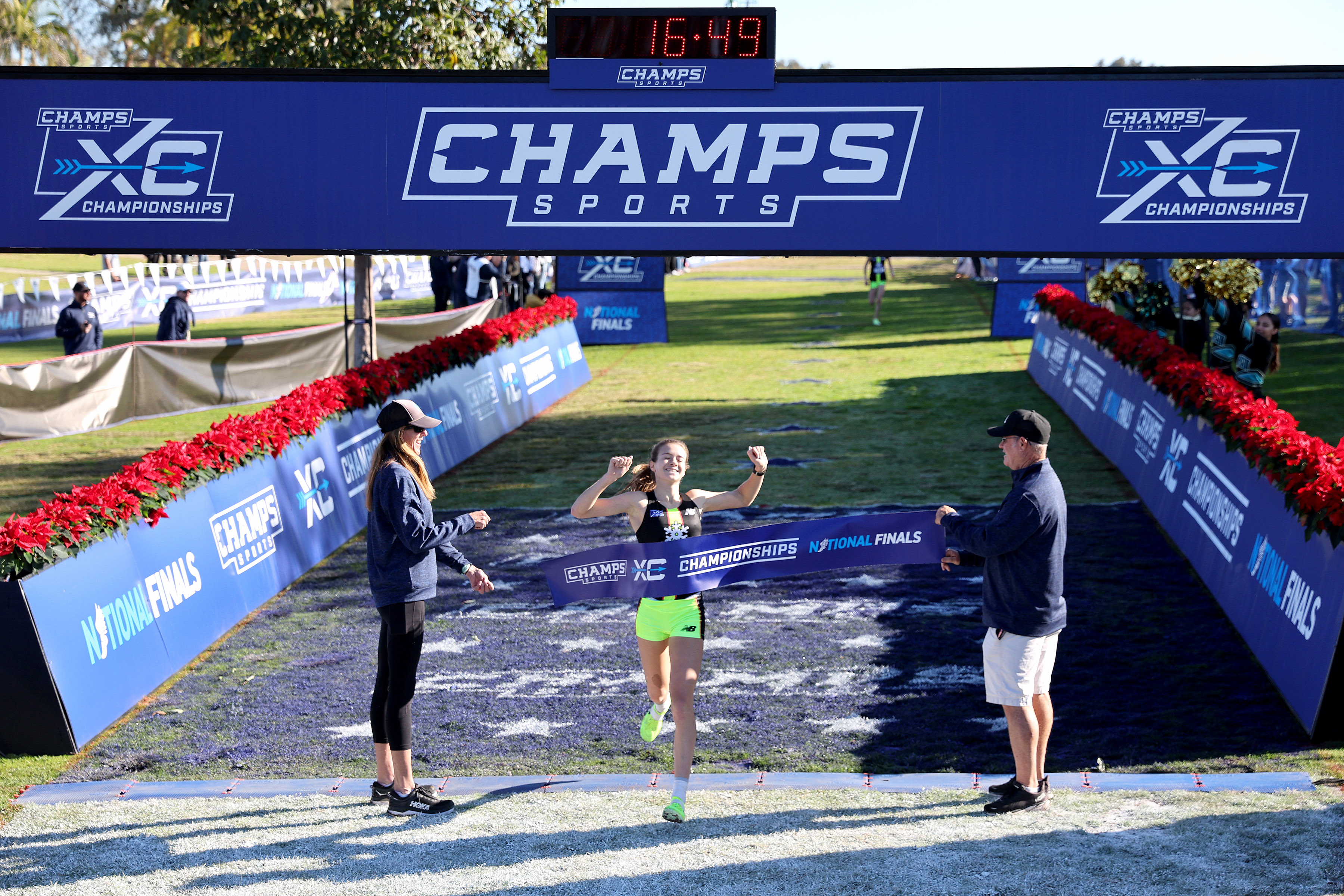 She felt good from the gun on Saturday, pushing herself to the front through the first 800 meters and then pushing her pace on the first hill. She maintained her speed as challengers approached throughout the run and made another move at the bottom of the second hill.

“This wasn’t a race where I was going to be able to sit back and just work my way up,” Baloga said. “I knew that if I was to push the pace a little bit to where I felt my body was comfortable, other girls were going to struggle.”

Mathison took a different tactic based on last year’s run. He was patient before attacking and took the lead on the hill midway through the race.

“The plan was to take the lead at some point in the race and then after that, never give it back,” he said.

Mathison finished first in seven races with Carmel High School this season and placed fourth last week at the NXN Nike Cross Nationals with a time of 14:55.5. He overcame an inflamed peroneal tendon in his right foot that nagged him while training in recent weeks, an injury he said felt fine on Saturday.

Baloga tied a bow on her season that started in August at the World U20 Championships in Cali, Colombia. As the second-youngest competitor, she finished 11th in the 3000-meter steeplechase. She said that racing against older runners helped her this season.

“I was able to meet a lot of new people and get to experience racing on the world level,” she said. “That was really an eye-opening because it shows what I’m capable of.”

Each racer thanked their friends, family and coaches for their support along their journeys. Baloga’s parents raced at the University of Delaware and provided a strong support system alongside her brothers, Michael and Jack. Mathison said that having his family cheer him on was important to him.

“I thank God for all the amazing people he’s put in my life to get me to this point,” Mathison said.

Now, Colorado gets not just one but two national champions in its incoming class. Mathison pointed to the familial environment and renowned training facilities, and Baloga added that the location in Boulder and the high altitude played a role in her decision. She said that associate head coach Heather Burroughs was at the championship race, watching her future runners compete.

At the conclusion of the interview with Baloga and following a final congratulations, she paused and said she had one more thing to say. “Can you add Sko Buffs to the bottom?”