Arch Manning threw four touchdown passes in the 34-21 win over Country Day (La.), giving the Texas Longhorns commit 129 for his career. The total is now the most all-time in Newman (La.) football history, with Arch surpassing class of 2015 QB Jay Tyler on the list.

Now, Arch has one more record for the mantle, which began to take shape on Friday night after this strike…

Manning hit for another score before halftime, connecting on this pass and tying the record.

The 6-foot-4 slinger landed a 40-yarder in the third quarter to Anthony Jones, giving Manning 128 career touchdowns and the all-time nod.

But Arch wasn’t done with his impressive night, adding another touchdown in the fourth quarter while also providing this highlight-reel 60-yard pass.

60 yards IN THE AIR from Arch Manning 💣 pic.twitter.com/vZzHjAWo4z

Not a bad Senior Night.

And there is a chance Arch isn’t done building his legendary resume at Newman — next up would be delivering a state championship, which neither Eli nor Peyton had achieved. 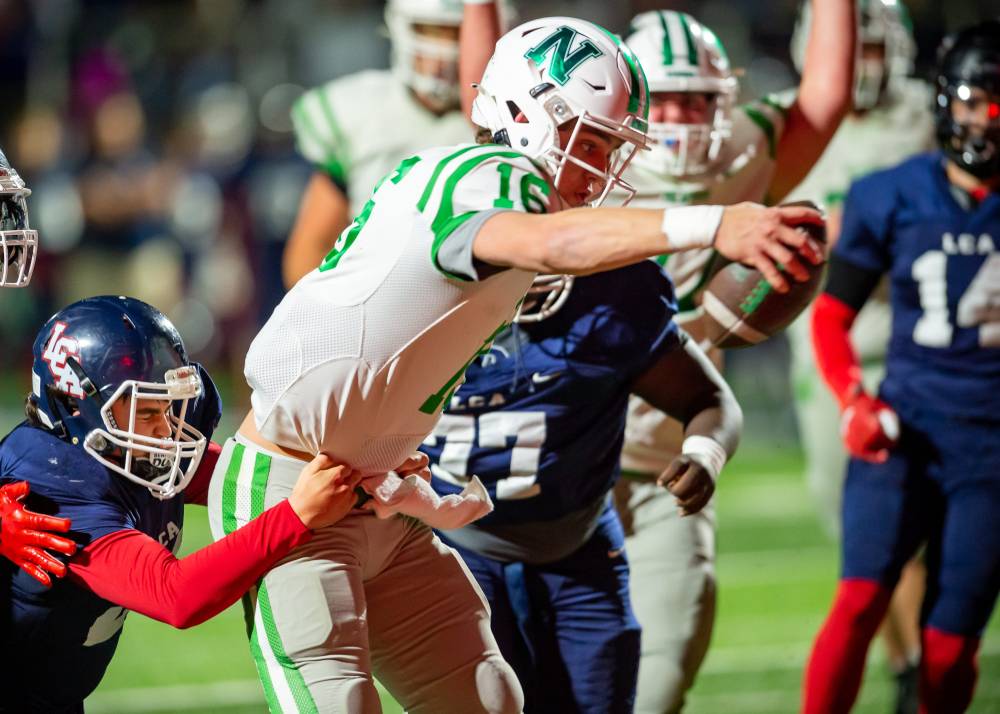