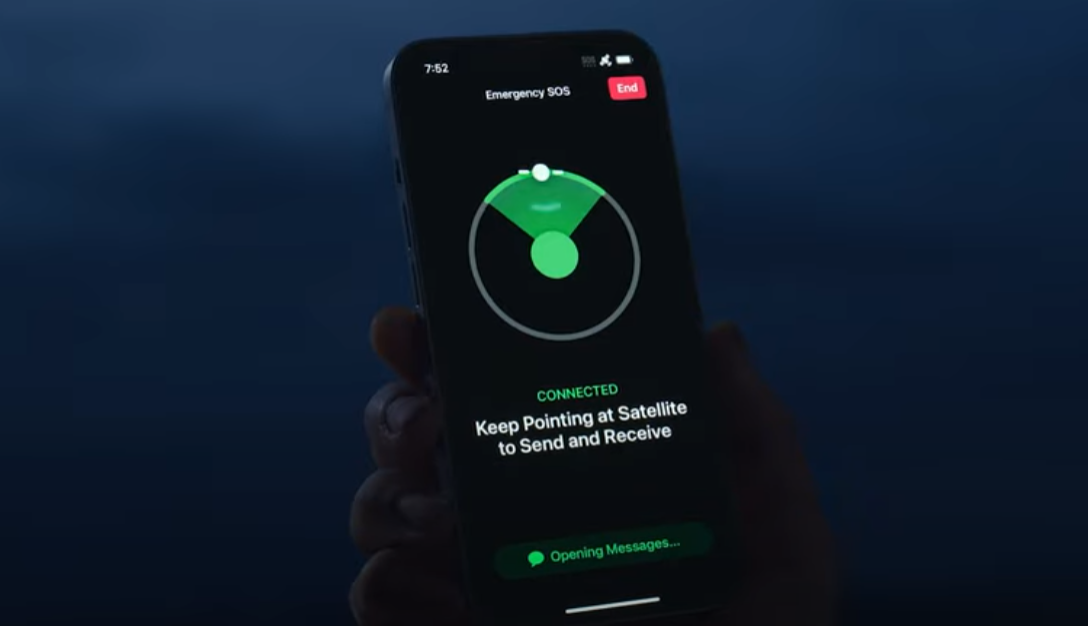 Apple Inc. today launched its iPhone 14 satellite-based Emergency SOS feature in the U.S. and Canada and also announced that it will be available in some European countries come December.

The feature, formally announced in September, uses a satellite connection when a user is out of WiFi or cellular range. An app assists users in connecting to a passing satellite for a connection and then front-loads questions to assess the situation for emergency services.

Coming into the launch, Apple revealed last week that it had spent $450 million through its Advanced Manufacturing Fund to support the service, with the majority of funding going to satellite provider Globalstar Inc. More than 300 employees at Globalstar are providing support for Apple’s service.

“Some of the most popular places to travel are off the beaten path and simply lack cellular coverage,” Greg Joswiak, Apple’s senior vice president of Worldwide Marketing, said in a statement. “With Emergency SOS via satellite, the iPhone 14 lineup provides an indispensable tool that can get users the help they need while they are off the grid.”

The service does not support voice calls due to the design of the iPhone – there is no bulky antenna to connect to satellites. Instead, Apple applies a text compression algorithm to reduce the size of text messages by 300%, making the experience as fast as possible. Using the service, users can send and receive messages in as little as 15 seconds in clear conditions.

The next countries to gain access to the service in December are France, Germany, Ireland and the U.K.

While the service has only launched today in the U.S. and Canada, the initial reviews are mixed, be it that testing does not necessarily recreate real-world situations, particularly emergencies in isolated areas without cellphone coverage.

The Verge writes that the only downside to the service is that messages do take time and patience to send – 15 to 30 seconds in clear open skies, but if hills are blocking the horizon or there is dense foliage, it can take longer than one minute to send a message.

In their testing, Popular Mechanics described the feature as offering “promising performance” while noting that it wasn’t as robust as a dedicated satellite phone. Gizmodo made similar points about connection times while noting that the feature requires significant interaction to use. Requiring significant interaction is not necessarily a bad thing, however, given the problems experienced with Apple’s Crash Detection feature.