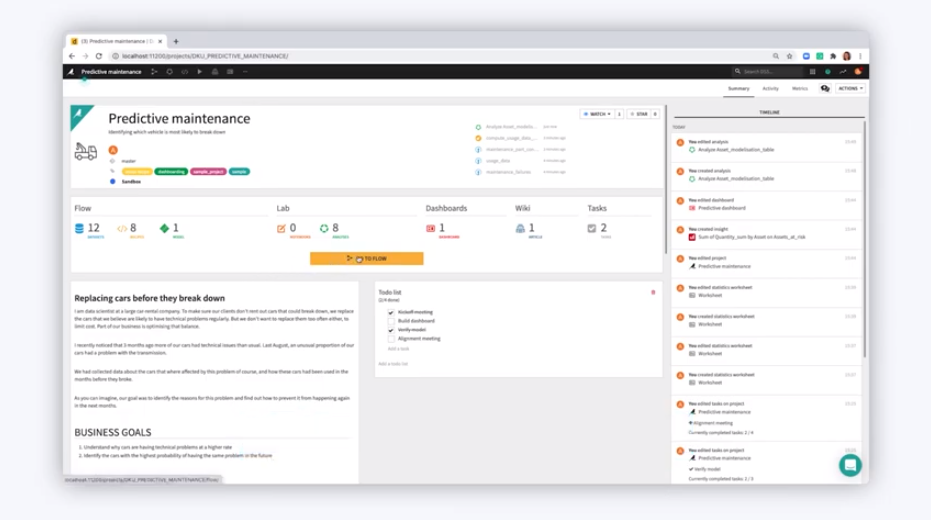 Dataiku Inc., a major provider of tools for building artificial intelligence software, today announced that it has closed a $200 million funding round.

The Series F round was led by Wellington Management. Dataiku is now valued at $3.7 billion, less than the $4.6 billion it was worth following a $400 million investment last August. Over the past few months, several other high-profile startups have also raised capital at reduced valuations.

A recent regulatory filing reportedly suggests that Dataiku could raise another $75 million through its latest funding round. The startup is already among the most well-funded players in the AI tooling market, having received more than $846 million from investors to date.

“Enterprises overwhelmingly understand that now is the time to embrace AI —or risk falling behind,” said Dataiku co-founder and Chief Executive Officer Florian Douetteau. “Our ability to attract new, market leading investors, like Wellington, in this challenging environment underscores the strength of our solutions, our world-class team, and the tremendous opportunities ahead.”

New York-based Dataiku sells a software platform that companies use to develop AI applications. The platform also eases related tasks, such as deploying new neural networks in production. It’s designed to be accessible for both technical and nontechnical users.

The business data that a company processes as part of an AI project often can’t be used in its original form. It might, for example, contain duplicate records that make analysis difficult. Organizations must create custom software workflows to turn their business data into a form that lends itself to processing.

As part of its platform, Dataiku offers a tool that enables users to prepare data without writing code. The tool provides the ability to remove duplicate business records and make other changes that ease analysis. For technical users, Dataiku provides the option to customize the data preparation workflow with custom code.

Dataiku also offers a so-called AutoML tool to ease the AI development process. After users specify what data they wish to process, Dataiku’s AutoML tool automatically finds a neural network that can perform the task efficiently. Moreover, it optimizes the neural network to improve performance.

After deploying a newly developed AI application, companies can use Dataiku’s platform to ensure it operates reliably. The platform is capable of detecting if an AI model’s processing accuracy declines over time. To ease troubleshooting, customers can create software workflows that automatically retrain a neural network when accuracy issues emerge.

Dataiku says that more than 500 organizations use its platform to support their AI initiatives. The startup counts General Electric Co., Cisco Systems Inc. and other major enterprises among its customers. Dataiku disclosed today that on occasion the new funding round that its annual recurring revenue surpassed $150 million this year.