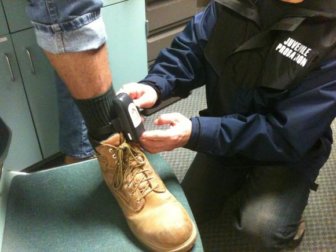 While electronic monitoring devices (EM) were meant to serve as an alternative to incarceration, an American Civil Liberties Union (ACLU) report finds the practice evasive and abusive.

But the paper criticizes how the carceral system has used the practice.

“People on EM further expand the carceral system because it is not just used as an alternative to incarceration,” the report says.

“It is also imposed in cases where individuals would otherwise have been released on less or no restrictions.”

Instead, the ACLU finds EMs to be an ineffective practice and is responsible for a slew of exacerbating systemic harms, ranging from perpetuating racism and other forms of discrimination to infringing on privacy. 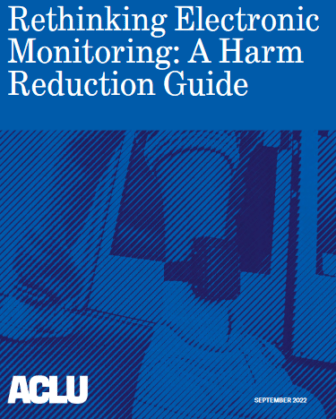 The report suggests the practice is better served with limited use and stricter reviews.

According to the report, people on EM are likely to have technical violations.

In addition, the study cites a 2020 Vera Institute report that found the longer a person was subject to an EM, the more likely they were to violate the program’s rules.

The Federal Probation Journal, also found in the ACLU report, said the program does not affect the re-arrest rates.

“This is because EM sets people up to fail,” the ACLU report says. “Rather than developing nuanced and individualized plans for monitoring and providing needed supports, authorities add EM requirements.”

The report also finds the monitoring program perpetuates racism and other forms of discrimination.

In Detroit, Black people are twice as likely as white people to be under electronic monitoring.

In San Francisco, Black people comprise around 3 percent of the city’s population but represent 50 percent of people on electronic monitors.

In Chicago, Black people make up one-quarter of the general population but represent up to three-quarters of people on monitors.

According to the report, the monitoring devices also work against people with disabilities.

The latest data from 2016, as cited in the study, says 38 percent of people in state and federal prison live with a disability. In addition, the report finds individuals with a disability to have poor experiences with the program as it can trigger pains and discomforts like PTSD.

The side effects of the program, which the report says, “achieves near perfect surveillance” and presents an “even greater privacy concern” than GPS vehicle monitoring,” also comes at a cost.

The report found that electronic monitors can cost between $1.50 and $47 per day or between $547.50 and $17,155 a year. The program also has an unequal effect on families and homes with lower incomes.

The study suggests a strict limitation on EMS, standardizing rigorous reviews and procedures of the practice, erasing the several side effects and harm of the surveillance tool and replacing it with a more effective measure.

“To preserve civil liberties and mitigate harm, this practice must ultimately be replaced,” the report concludes. “Where it continues, its scope must be strictly limited to minimize its inherent negative impacts.”

The full report can be downloaded here.

James Van Bramer is associate editor of The Crime Report.