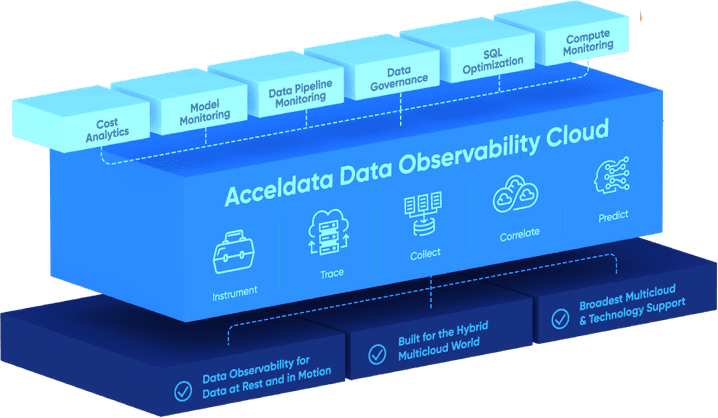 Data observability startup Acceldata Inc. today released its platform under an Apache open-source license, saying it hopes the move will ensure that stable and community-validated versions of data observability libraries are available.

This move covers the core data platform and six projects, which are described and available for download here. The data platform provides for automated deployment and package management, flexibility to adopt technologies that improve elasticity, multitenant support and stability of components through change cycles, the company said. It’s set to synchronize periodically with open-source branches to ensure consistency and to update the libraries as new components are added.

The six projects are “libraries that intercept signals from different parts of the software stack,” said founder and Chief Executive Rohit Choudhary. They include an extensible protocol-specific network packet parser, an Acceldata-specific automation engine, a curl replacement with Kerberos support, a utility for monitoring local Docker containers and basic system resources, a simple application program interface to manage the .htpasswd file and a set of helper utilities.

Data observability is a broad term for the practice of understanding the health and location of data across an organization. It’s used to troubleshoot and resolve quality issues before data moves into production. In a report issued last summer, Gartner Inc. called the practice “essential to support as well as augment existing and modern data management architectures.”

“Everybody is building data products today. The question is how to ensure that data and analytics are accurate,” Choudhary said. Data observability is “end-to-end visibility of the entire data landscape so stakeholders can get the most reliable data for both internal and external customers.”

Acceldata is taking the open-source route in part to expand the functions of the product and also to champion the concept of data observability. “We wanted to build in the open because observability is becoming more complex,” he said. “It’s impossible for us to continue to do everything by ourselves.”

There’s also a marketing dimension to the move. “One thing we haven’t done really well is generating support among data engineers,” Choudhary said. “We need to build community.”

The company will continue to sell proprietary extensions to its platform aimed at enterprise customers.

Acceldata already has considerable open-source experience, co-founder and Chief Technology Officer Ashwin Rajeeva said in a statement. “Our founding team has contributed extensively to Apache projects over the years,” he said.