Time and again, pundits and tough-on-crime forces have prematurely predicted the demise of the reform-minded prosecutor movement. But 2022 solidified that this is in fact a movement, not a moment, and these elected officials are poised to lead the way on justice reform in 2023.

We saw innovative local prosecutors reelected last year in rural regions and large cities alike, from Dallas and Indianapolis to Burlington, Vermont and Jefferson County, Alabama, all of whom have been making transformative changes to the communities they serve and were supported by diverse swaths of voters who embraced their inspiring visions of justice.

The midterm elections also swept in a new class of groundbreaking DAs across rural, suburban and urban jurisdictions, including Mary Moriarty in Minneapolis, Kimberly Graham in Polk County, Iowa and Steve Mulroy in Shelby County, Tennessee.

Their victories underscored that communities are tired of failed tough-on-crime approaches and want leaders committed to real systemic change.

As this reform-minded prosecutor movement has grown, so too has the backlash to change; 2022 saw dangerous, undemocratic efforts to undermine these duly elected leaders.

In Pennsylvania, state legislators shamefully sought to remove twice-elected Philadelphia District Attorney Larry Krasner from office, disregarding the will of voters and the progress Krasner’s made to reform the city’s broken justice system.

In August, Florida Gov. Ron DeSantis removed Andrew Warren as the chief prosecutor of Hillsborough County simply for being transparent with constituents about how he planned to prioritize scarce public resources.

Other state legislatures and judges have sought to infringe upon well-settled prosecutorial discretion – authority largely unquestioned when tough-on-crime prosecutors are at the helm.

In the face of these escalating attacks, the fight for smart, effective and humane criminal justice reforms must continue as urgently as ever in 2023 – and prosecutors have the unique opportunity to lead the charge.

The forces opposing reform fundamentally fail to understand or acknowledge that reform is what makes us safer, not more punishment.

At a time of increased gun violence in many places in the country, reform is essential to freeing up limited police and prosecutorial capacity that should be focused on the most serious crimes, especially at a time when clearance rates for homicide are at an all-time low.

Our nation is in the throes of both overdose and mental health crises that can’t be cured by more police and incarceration but are better addressed with compassionate policies grounded in public health.

Prosecutors are on the front lines of these issues every day and should champion effective strategies like creating alternative responder models, refusing to enforce draconian drug-induced homicide laws and eliminating the use of jail as the answer to individuals in need of help who don’t post any threat to public safety.

By removing law enforcement as the default response to every crisis and diverting those experiencing substance use and mental health challenges, police can spend their time on what’s most important: investigating and solving serious crimes.

Amid falling confidence in police departments, investing more resources on foundational issues of public safety can help build trust in the legal system, as can holding police accountable for wrongdoing.

After decades of prosecutors by and large giving a pass to police, some elected DAs have begun to use the power of their offices to investigate misconduct and seek criminal accountability for officers who violate the law.

Prosecutors like Brooklyn District Attorney Eric Gonzalez and Cook County, Illinois State’s Attorney Kim Foxx have also led the way in rectifying hundreds of past convictions connected to disgraced police officers, ensuring their misconduct does not keep people trapped in the collateral consequences of a criminal conviction.

Reform prosecutors are correcting past miscarriages of justice more broadly as well and ensuring that limited taxpayer funds are not spent incarcerating those who pose no threat to public safety.

Newly elected reformers are following their lead. In Memphis, DA Steve Mulroy, who assumed office in August, recently announced a Justice Review Unit to look back at wrongful convictions and extreme sentences.

Already, his office helped resentence and release a man who had served 25 years of an excessive 162-year sentence for nonviolent offenses. These leaders understand that we cannot fully address our mass incarceration problem without releasing people serving draconian sentences who pose no danger to the community.

As we work to safely release more people from prison, we must also make sure not to expand the system’s footprint by criminalizing behavior that has no bearing on public safety.

One of the defining moments of 2022 was the Supreme Court’s devastating Dobbs decision that has jeopardized access to abortion for millions and permitted numerous states to criminalize healthcare decisions.

Reform-minded prosecutors were – and must continue to be – on the frontlines of standing up for reproductive justice and ensuring no one is punished for intensely personal choices.

As they continue to carry out the important tasks of addressing decades of inequities and rectifying past harms, prosecutors must open up the black box of their offices and redefine success beyond the number of convictions.

More reform DAs are providing transparency to the communities they serve via tools like data dashboards, which are critical to addressing racial disparities and strengthening trust in the system.

These changes reflect just the tip of the iceberg and the ways that reform-minded prosecutors have been and will continue to be at the forefront of bringing long overdue change to the criminal legal system, and there is much more work to be done in 2023 and beyond to create a justice system that lives up to its name. 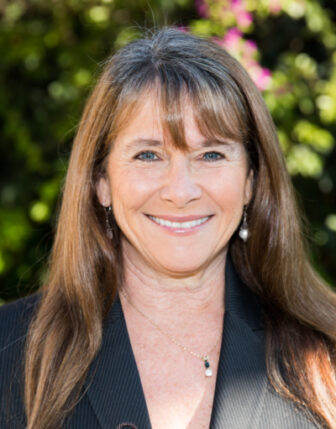 We look forward to continuing to support the inspiring reform-minded leaders who are creating a fairer, more equitable system for all and we encourage community leaders and policymakers to look past the voices championing past failed tough-on-crime policies and instead join in on this transformational effort.

Miriam Aroni Krinsky is the executive director of Fair and Just Prosecution, a former federal prosecutor, and the author of Change from Within: Reimagining the 21st-Century Prosecutor.